If you’re tired of reading COVID-19 reports and listening to your kids or significant other complain of boredom, try sheltering in place with a good story about life in Cincinnati. Here are some of our favorite Cincinnati Magazine longform stories from the past year or so. 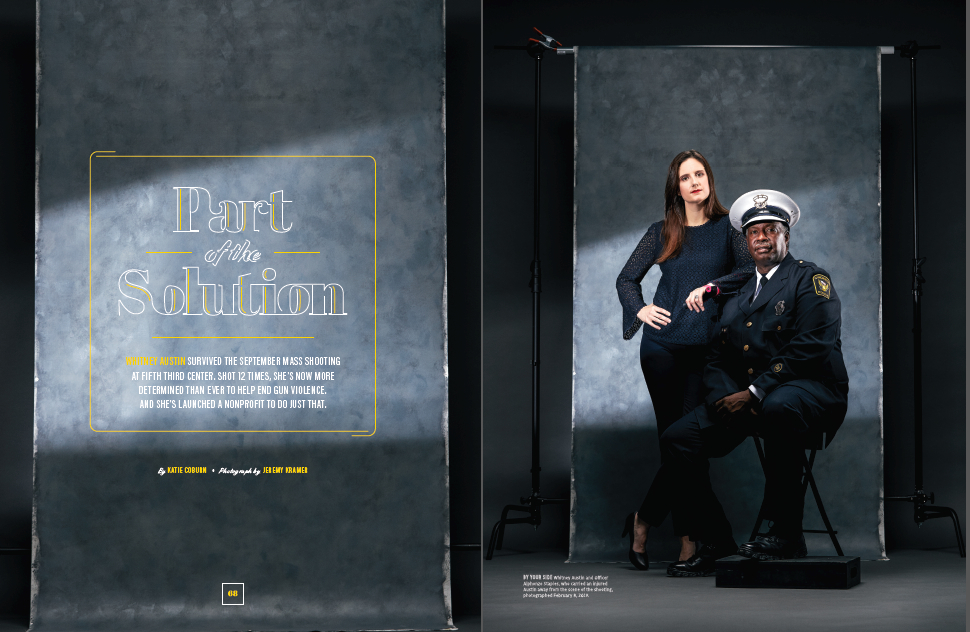 Whitney Austin Found a New Purpose in Life: Ending Gun Violence
After driving from her Louisville home for a meeting at Fifth Third Bank on September 6, 2018, Whitney Austin walked into a mass shooting that resulted in four deaths, including the shooter. She miraculously survived 12 bullets to her arms, chest, and foot that morning, thanks to several heroic Cincinnati Police Department officers, especially Officer Alphonso Staples, and a team of professionals at the University of Cincinnati Medical Center. As she recovered physically and mentally, she launched a nonprofit foundation to help reduce gun deaths by championing responsible and realistic solutions, because “one more life lost is too much,” she says.

How a Local Family Found Itself at the Center of the National CovCath Controversy
On a rainy Saturday in January 2019, Michael Hodge, a Covington Catholic senior, was preparing for his brother’s wedding, where he and another brother would be groomsmen. The day before, 500 miles away in Washington, D.C., a boy wearing a Make America Great Again hat had been filmed standing face-to-face with an American Indian man named Nathan Phillips after the March for Life the day before. The video clip went viral, and a raging social media mob would identify the CovCath boy, wrongly, as Michael Hodge, instead of Nicholas Sandmann, a junior he didn’t know. 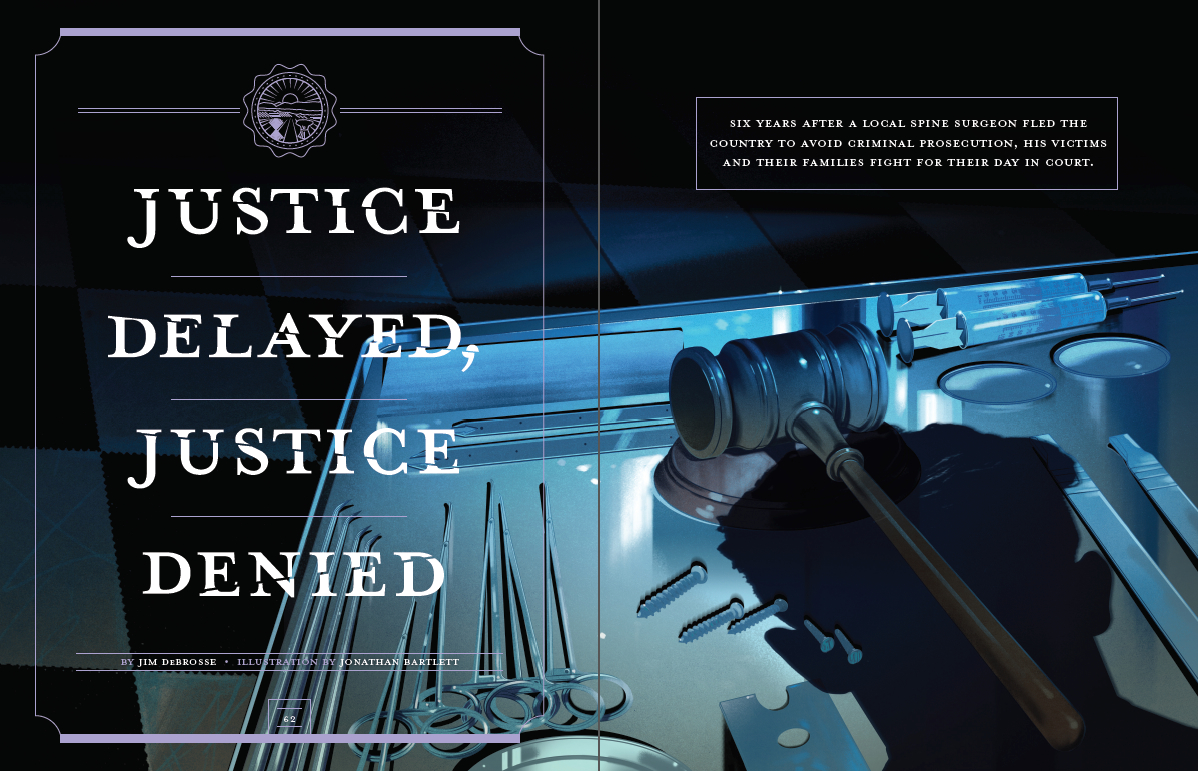 A Surgeon’s Victims Wait for Justice
From 2005 until he fled to his native Pakistan in 2013 to avoid criminal charges of health care fraud, Abubakar Atiq Durrani, M.D. performed an estimated 4,000 surgeries at Cincinnati Children’s Hospital Medical Center, UC West Chester, The Christ, and Good Samaritan hospitals as well as Dayton’s Riverview Health Institute, bringing in millions of dollars in revenue. But hundreds of the surgeries are alleged to have been unnecessary and many were botched, leading in some cases to death and at least four instances of paralysis, according to court depositions. And even though colleagues and nurses began raising concerns about Durrani’s practices as early as 2006, the long line of unsuspecting patients he operated on—as many as 11 per day as he rotated through multiple operating rooms—were never warned.

Theda Bara, Cincinnati’s First Hollywood Star, Attracts a New Generation of Fans
Born Theodosia Burr Goodman in Cincinnati on July 29, 1885, she graduated from Walnut Hills High School and spent two years at UC before leaving for eventual fame as one of Hollywood’s first female stars and sex symbols. She was beloved and outrageous, known for a beguiling and provocatively underdressed screen look—a Goth look that teenage girls and others are rediscovering. The funny thing is Theda Bara in real life was the least Goth girl you can imagine. 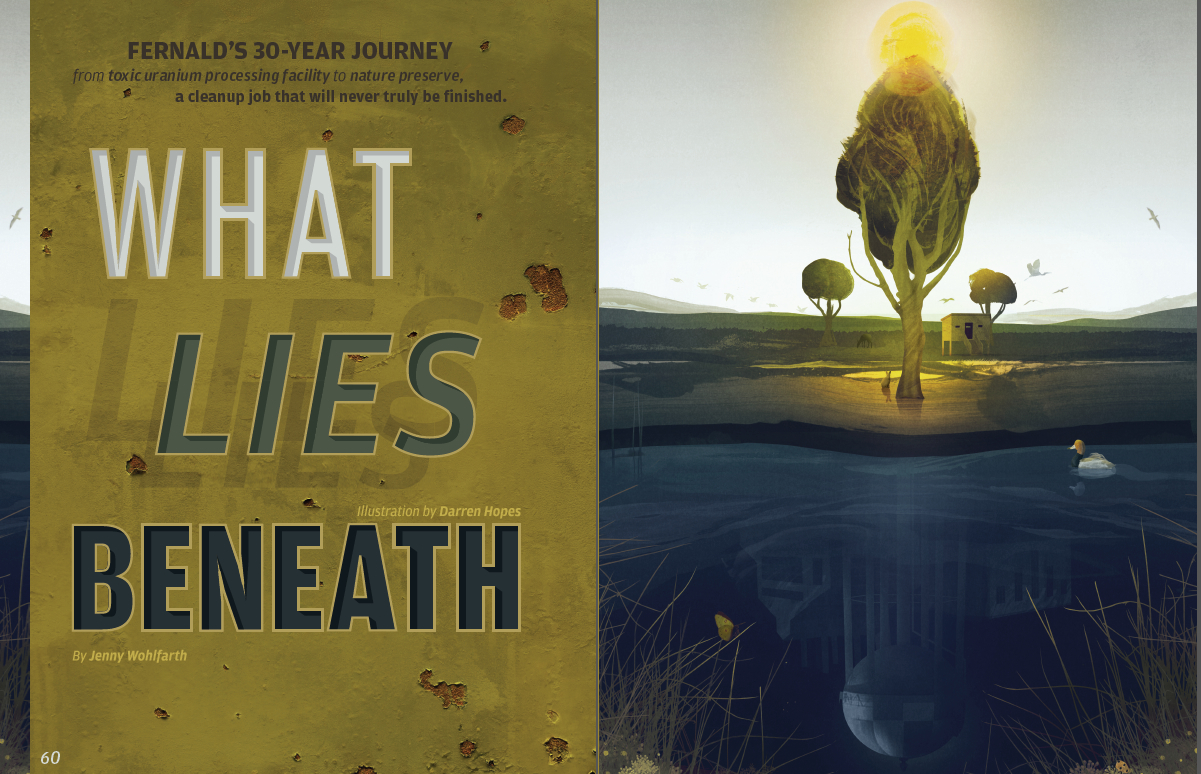 What Lies Beneath the Fernald Preserve
From the visitors’ center of this 1,050-acre nature area north of Cincinnati that was once the site of a uranium ore processing facility, you can see a 65-foot-high natural-looking mound that serves as the permanent storage site of nearly 3 million cubic yards of low-level radioactive waste—about 85 percent soil and 15 percent debris excavated during the cleanup. A large column-shaped display helps you understand, in compelling visual detail, how the highly engineered layers of material in the mound will permanently preserve the compacted debris from the site, trapped within a protective liner and topped off with a natural, vegetative cap. It’s easy to forget, just for a minute, the ugly past of this place and what lies beneath.

After Neil Armstrong Walked on the Moon, He Taught Engineering at UC
It’s been 50 years since Neil Armstrong (who died in 2012) left the first footprints on the moon, but it’s likely he’d be more enthusiastic discussing the footprints he left at UC as a professor of aerospace engineering. Now in their 60s, his former students still speak of Armstrong with awe. Many of them say he directly influenced their career choices and their character. He helped secure co-op positions for some and stayed in touch years after he left UC, following their careers and inquiring about their families. 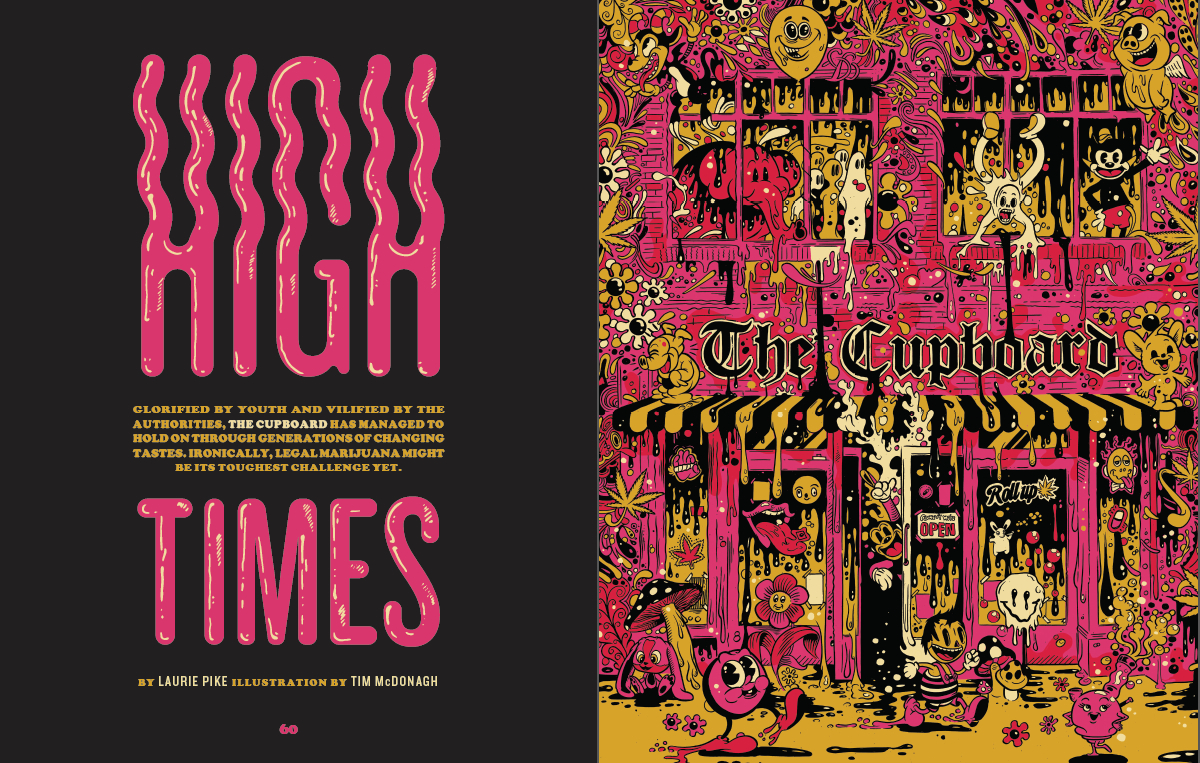 High Times at The Cupboard
Smoke shop, gift shop, blast from the past: The Cupboard is each of these, but above all it’s an institution and an unlikely Cincinnati landmark. For a half-century on Short Vine, its risqué merchandise has not just ruffled the city’s conservative feathers but prompted multiple vice squad busts. To the everyday Cincinnatian, however, The Cupboard is a rite of passage. Drawn by the siren song of the lurid, multiple generations of young locals have acquired things here to be hidden from their parents later. 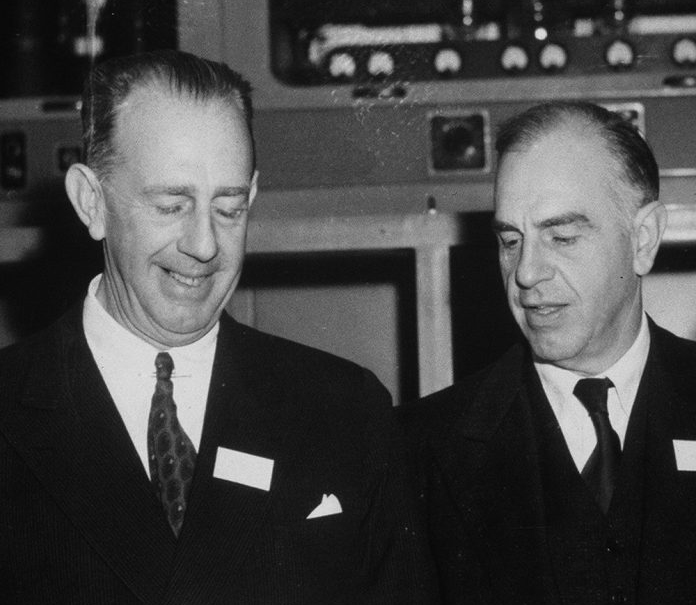 The Crosley Brand Will Be With Us for Years to Come
One of this city’s enduring myths is the story of Powel Crosley Jr., one of the greatest promoters and industrialists this city has ever known; his brother Lewis, who actually created the various products Powel sold; their WLW radio station; the Shelvador refrigerator; the Crosley television and car; Powel’s ownership of the Reds; and, well, so much more, including almost unimaginable family tragedies. The brand name they created has never really died.

Will Ohio’s Earthworks Become a World Heritage Site?
Thousands of years ago, people sculpted massive shapes into the face of what we’d one day call the Ohio River Valley. Several sets of Ohio earthworks—Newark, Ft. Ancient, and the Hopewell Culture National Historical Park at Chillicothe—are under international scrutiny as the United Nations Educational, Scientific, and Cultural Organization (UNESCO) prepares to vote on whether to designate them as World Heritage Sites. That status is reserved for works exemplifying “human creative genius,” including the likes of Stonehenge, the Parthenon, and the Taj Mahal. Just 2 percent are in the U.S.