A petroleum engineer by trade, Rayne had long lived abroad before he landed in Cincinnati, where he met his wife, Beena Kamath-Rayne, M.D., a neonatologist at Children’s. Absent a booming in-state oil industry, Adam decided to switch lanes. “[I] knew there was an architecture school here,” he says, and had just weeks to pull together an application. When he learned, after the fact, of the program’s caliber, he assumed his chances of getting in were slim. So in April 2011, he bought a vacant, foreclosed Walnut Hills Victorian at auction. About a week later, he got an acceptance letter from DAAP.

After their home in Mariemont sold, Adam had two weeks to convert the new place’s third floor into a viable apartment, where they would live throughout the ensuing five-year gut rehab. Beena, apparently superhuman, gave birth to three kids while living in an active construction zone.

Adam did the bulk of the work himself, including drawing the plans for permitting, rewiring the house, laying tile and flooring, drilling geothermal wells, and putting in all new windows. He also hand-built 24-foot single-slab concrete countertops and cherry cabinets. When he mentions his reliance on YouTube, he laughs, which might make you think he’s joking. He’s not. He did, however, bring in an electrician to check his work, got a pro to do the massive plaster repairs, and calls “old-school carpenter” Tom Rust a saving grace. “I agonized over everything,” he says, and scored deals as a result—like nabbing that AGA stove (which retails for $14,000) for less than two grand.

Oh, and the monumental, exquisitely grained, original oak staircase? Revealed when they pulled up the ugly red carpet. Which gives serious new meaning to “a gratifying step.” 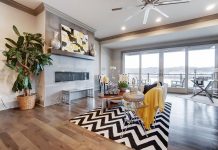 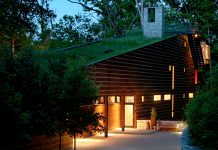 Improve Your Home With These Five Tips From Professional Architects