There is a brief scene early on in John Updike’s novel Rabbit, Run, where the main character, Harry “Rabbit” Angstrom, hurtles through the night in his car with the radio on. It’s meant to communicate the loneliness of this very American long distance runner, always fleeing something, driven by a constantly looping inner mix tape of existential anxieties and desires. Updike lists the songs and commercials beaming into Rabbit’s car—a rootless man riding the wave of his own destiny, all set to the dulcet tones of “The Stroll” and “Sorry (I Ran All the Way Home).” I always found this scene weirdly comforting, rather than a downer. It rang a bell. As a kid, I used to love to switch the radio on at night and listen to WEBN, thinking that I was getting away with something while my parents were out of earshot. Of course they rarely were, and I usually got told to “turn the darn radio off and go to sleep!” It’s a memory I cherish: me, alone in the dark, listening in on what seemed like another world. As Jack Heffron makes clear in his piece on the current state of things at WEBN (“Ribbit, Ribbit”), that really was another world, a time when rock and roll was king and an upstart radio station that reveled in its merry prankster status ruled the local airwaves.

If you tune in to WEBN these days, well, things have changed. It’s still alive, still trying to fly its freak flag as the home of the “Lunatic Fringe.” Except that it’s hard to do that in an era when disc jockeys beam their songs to listeners nationally through the digital magic of voice tracking, and on certain days, the studio sits practically dormant. Me, I like to know that the person whose voice is coming over the air is physically there while I’m listening in. Whether it’s Marty Brennaman at a Reds game or Katie Laur and her sidekick Wayne, yacking and laughing in-between songs, it’s the human touch that makes all the difference.

All 36 of the innovations and brilliant new concepts in our “Big Ideas” package this month have at their heart the human need to connect with others, to solve problems, to overcome hurdles, to improve lives. Some are doing it with electric car engines. Some by trying to end slavery in Haiti. Some by creating a new bike path to connect more than 100,000 people from Norwood to Mariemont. Some through a new app or the simple act of designing an easier-to-use Metro map. I’d argue that, back in the day, spinning psychedelic rock records and voicing satirical commercials from a little blue house on Considine Avenue in Price Hill was also a big, innovative concept—one driven by the now quaint-seeming but actually pretty powerful idea that if you arm a DJ with two turntables and a microphone, and then step back, their iconoclastic voice will bring the listeners in. But I don’t have to argue that, really. It’s part of this city’s DNA. 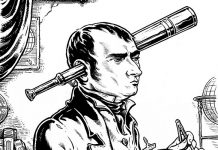 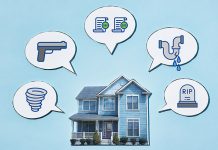 This Old House Has a Heck of a Story 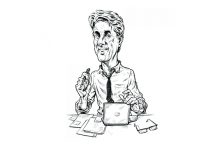