One region is known for Southern comfort food; the other for its ethnically diverse melting pot. Both thrive on seasonal produce from local farms. 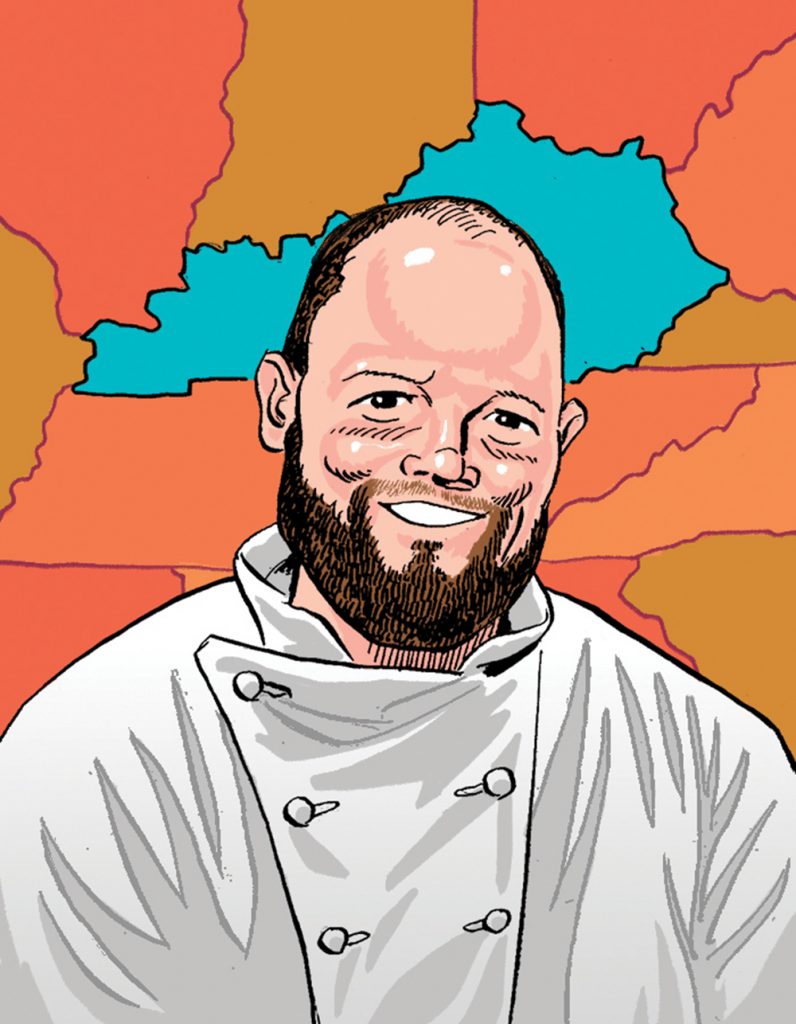 Kentucky cuisine is derived from a number of cultural influences. Even though we’re so far north, we’re still a Southern state, so there’s some tradition there that we don’t always see in Cincinnati. Some of the stereotypical ones are Derby food, Southern staples derived from that: pimento cheese, Benedictine, mint juleps—all that stuff. I think that speaks to some of that Southern culture, but there’s also this kind of underlying—how do I put this?—mountain cuisine. It’s this rural, grassroots food that I really enjoy exploring.

Culturally, there are a lot of different factors that influenced our cuisine. Obviously, for the northernmost parts of our state, it was the river trade. There were things as early as the 1800s, where you’re seeing desserts in old menus, like floating islands, or œufs à la neige, which obviously weren’t begot from indigenous people of the region or any of the early settlers.

I enjoy the relationships that are cultivated out of working with local farmers. Opening Commonwealth, I knew that I wanted to serve rabbit on our menu. But I didn’t know that it was going to play as big of a role in our development as it has. We chose the rabbit as a secondary piece of iconography when we were looking for our brand development. No sooner than we hung our sign, we came into the job site the next day and there was a business card from Union’s Bloom Farm taped to my front door that read Do you need rabbits? It was kismet.

I think for a lot of the folks who are experiencing rabbit again, it’s definitely from their childhood. The people who are just finding their way to it, I think it’s situational. They’re in this environment, they hear about it, and we present it in a very approachable manner: It’s comfy, it’s fried, it’s served with a biscuit. It’s with accoutrements that say, OK, even though I’m not sure about this, I can give this a try. Its popularity was surprising for us.

We have a strong French, German, Greek, and Italian influence. It really does stem from being a melting pot, being a location where families came and ended up settling, and they’ve been able to develop and grow. Even just looking at the different food festivals we have. You have the Panegyri Greek Festival, the Asian Food Festival—it’s pretty impressive. For me, growing up in Cincinnati, being exposed to all the different cuisines and garnering appreciation, and then going to culinary school and studying what makes each cuisine a little different and the history behind them, I feel very fortunate.

That intersectionality extends into Kentucky, but I think it’s always had a more homely approach, whereas Cincinnati is a little more refined. The business district of downtown really made us compete on a national scale. I look at the Orchids space as this magical location that takes you back to the 1920s and expresses what the city center was like then and how commerce was driven. Covington was more workmanlike—it didn’t get that refinement until much later.

Kentucky’s bourbon and distilling has made it into Ohio, and the German-influenced beer culture of Cincinnati has spread to Kentucky. Our “Porkopolis” and river commerce history—being a huge port before the railroads were built—have always tied us together.

We both have the benefit of complete seasons of produce available. Other regions might have a longer growing season but are only able to grow a few crops all year round. For a Cincinnati-area chef, the diverse range of produce keeps us vibrant, keeps us changing things up. We have an explosion of stuff in the summer, an explosion of stuff in the spring, and we have the heartier vegetables like squash in the winter. We have great farmland all around us.