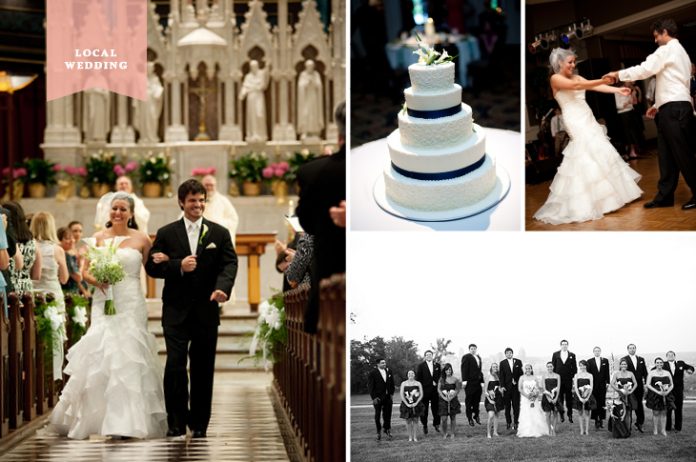 Eric and Alicia were the quintessential high school sweethearts—well, at least after four years of friendship and one failed attempt at dating during their Sophomore year at Fenwick High School in Middletown, OH. Since graduating in 2003, they’ve been together through thick and thin, growing so close that they even followed the same career path! They both received Bachelors Degrees in Pharmaceutical Sciences from The Ohio State University, attended Optometry school in Memphis together, and graduated in May 2011 with matching Doctor of Optometry degrees. How cute is that?

After briefly living in Alaska and North Carolina for externships, they settled down back in Middletown and were married at Saint Xavier Catholic Church on May 4th, 2011, just two weeks after they graduated.

The reception was held at Drees Pavilion in Covington, and the highlight of the night came when Eric serenaded his new wife by playing their song (“Waste” by the band Phish) on guitar. Rock n’ roll band The Gamut got the party started, and the dance floor was packed for the rest of the night!

Eric and Alicia now work as eye doctors in Middletown and Dayton, and serve as proof that love is not always blind!