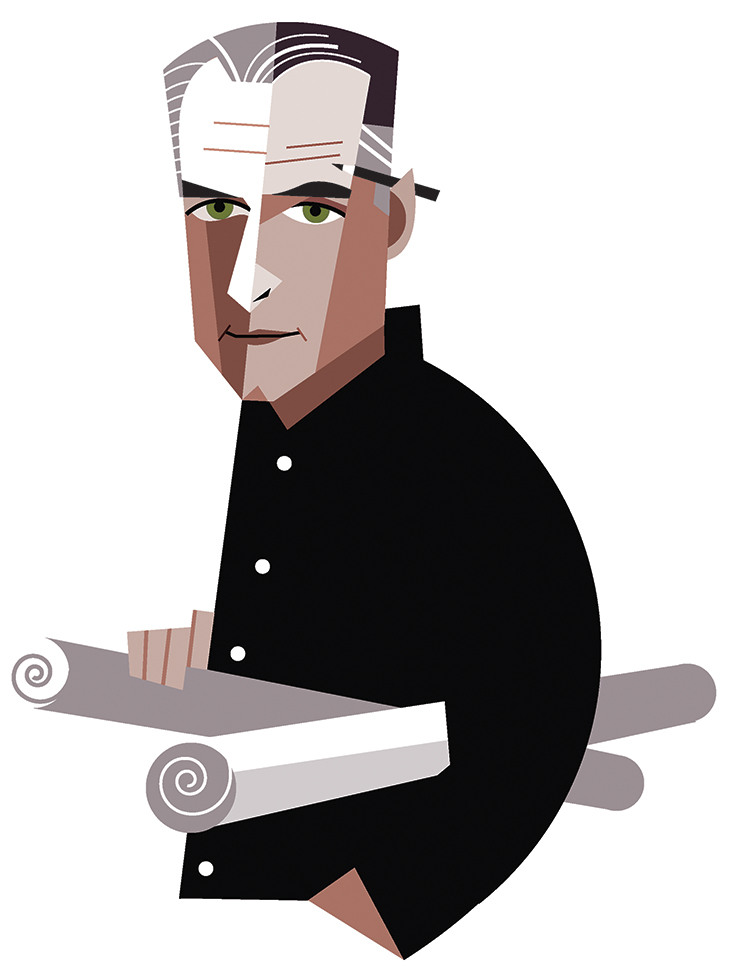 Joe Tilford is an award-winning set and lighting designer with a wide range of credits—and a longstanding relationship with Playhouse in the Park. This month Cincinnati Ballet celebrates its first 50 years with the world premiere of King Arthur’s Camelot, in which Tilford sets the classic tale in a world of illusion and grandeur.

You’re known for your contemporary set designs. Does that mean we aren’t going to see castles and moats when the curtain goes up? No, nothing like that. There’s an abstractness to it all, but at the same time it is made of very recognizable things: a gigantic flying stone wall and an enormous sheet of rusted metal, or what looks like those things thanks to a little scenery trickery. A projection of a brilliant green tree represents the forest where Arthur and Guinevere fall in love. Another projection of an amber forest is where Guinevere and Lancelot betray Arthur.

Where did you turn for inspiration? I started looking for images that I could latch onto. I kept running across pieces of corroded metal that reminded me of old armor, shields, and swords. After a while, I knew I could do something with that.

How many different sets are there? There are about 20 different looks with one scene evolving into the next. Some sets have hard scenery; some scenery is projected and some sets are a combination of both. The challenge was figuring out how to keep it grand and metaphoric, and at the same time, physically fluid.

You’ve done more than 30 set designs for Playhouse in the Park. Is this your first for Cincinnati Ballet? Yes, though I’ve done ballets elsewhere. What many people don’t know is that I grew up in Greenhills and attended the University of Cincinnati, where I got a master’s in theater. I left Cincinnati after graduation and haven’t lived there since.