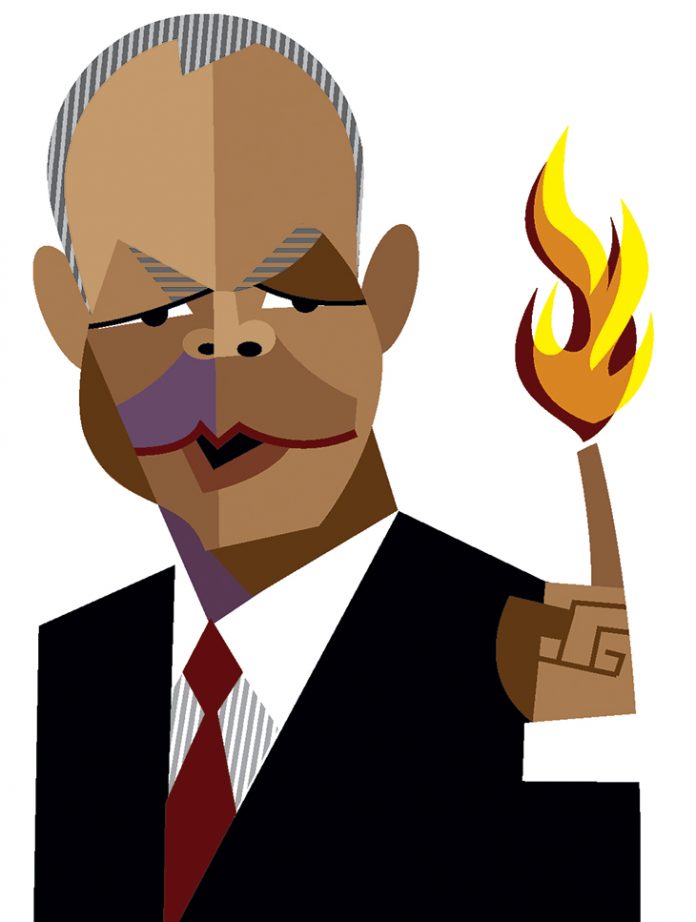 Clarence Geno “C.G.” Newsome left Duke University (where he remains a trustee) last fall to become president of the National Underground Railroad Freedom Center. Newsome inherited a troubled institution that some had predicted would close by the end of 2012, and is deep into turning it around.

Are you liking Cincinnati? Yes, without qualification! It has a good spirit. There are more resources in this city than I imagined. It inspires my thinking that people who are bent on creating a good social community can do so because the resources are here to help make it happen.

What do you see as your mandate as head of the Freedom Center? I’m interested in continuing to build on the solid fiscal foundation due to the merger that it now has. [In 2012, the NURFC became the fourth institution owned by the Museum Center, a move that allowed it to reduce a $1.5 million funding gap.] I’m going to give it everything I have to free it from fiscal restraints and let our educational focus be even more effective in teaching people in this region and beyond about freedom. Our “museum of conscience” is but one component of our overall educational thrust.

What is the state of the finances today? Solid. We’ve increased our endowment, saved over a million dollars from the merger and are working to grow the endowment all the more. We ended the fiscal year 2013 with a surplus. We are not going to relax.

Do you need to expand the fund-raising base? Our base is anywhere anybody has got a dollar. You’re gonna donate $10 before we finish talking! We have a way of cultivating relationships that are mutually beneficial because we bring a value benefit to the table.

January 20 is Martin Luther King Day. How will you spend it? I’m usually speaking. I’ll be involved in our breakfast at the Center, and participating in our march. Martin Luther King Day points us in the direction of teaching and educating people about freedom. It is not a universal value—ancient Egypt didn’t even have a word for that term. Today we think it’s a universally understood term, but it is not. Properly exercised, freedom can transform our lives.

Originally published in the January 2014 issue