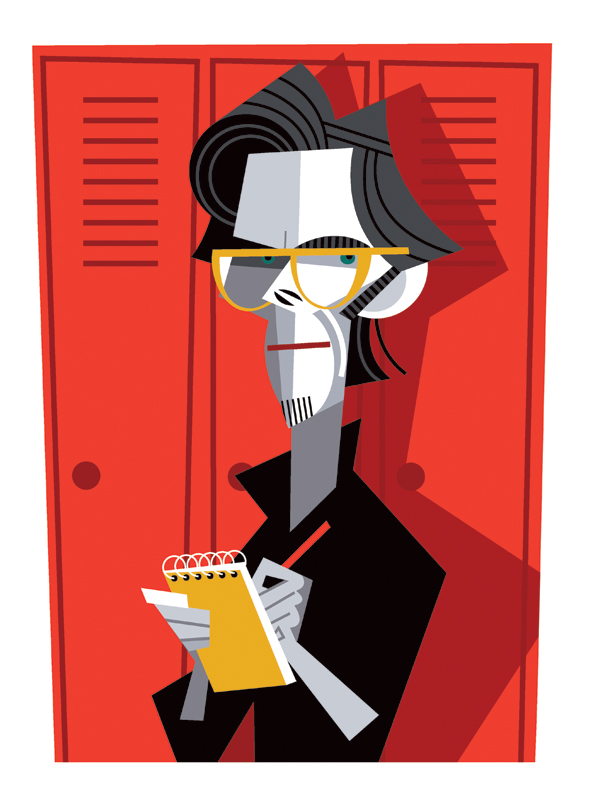 He had a good job at The Boston Globe, but he couldn’t help himself. Keith O’Brien wanted to do something different, something bigger. So when his wife’s residency in radiology was finished in 2009, the family moved back to Cincinnati (O’Brien’s hometown), and he threw himself into the culture of Scott County High School basketball. In a timeworn, rural Kentucky county where the sport “mattered, with a capital M,” O’Brien was given complete access to the team’s journey toward the state’s ultimate hoops crown. The result—Outside Shot: Big Dreams, Hard Times, and One County’s Quest for Basketball Greatness—is a wonderfully candid and insightful account of the team’s impassioned season.

Why was this school and this team on your radar as a possible book subject?

It wasn’t, to be perfectly blunt. I had long been interested in writing sports stories that were off the beaten path. For reasons that I can’t really recall, I just hit upon Kentucky, and was stunned to learn that Kentucky is essentially the last state in the country with unclassified single-class basketball. As a result, the state tournament is an event. The more I read about and realized that no one had ever actually written about it in a significant way, I knew that it was a story that I not only wanted to tell, but that I needed to tell.

I was amazed at the access you were given at Scott County. Was there anything you weren’t allowed to do?

As a reporter, I’m always trying to get access to everything. The problem for me was time. But I do remember one case where I was actually told ‘no.’ It was the day of the regional finals, which is the game that would determine whether Scott County would go to [the state’s Sweet 16 at] Rupp Arena. And it was a very critical day because without them going to Rupp Arena, I’m not so sure I had a book. I remember asking [head coach] Billy Hicks if I could go to his house for that last hour before he would head to the school and get on the bus. Mostly I wanted to be there because Billy has a signature red sport coat that he wears for championships and big games. I wanted to be there when he slipped on that sport coat. And Billy said, “No, I need to be alone in that hour.”

I imagine it was a bit weird to basically relive high school while reporting the book.

It was very odd at times. To be a 36-year-old man hanging out with high school seniors, yeah, that was odd. But I had essentially moved there for about three or four months before that basketball season began, and I did that intentionally, because by the time basketball season rolled around, I wanted them to forget that I was a 36-year-old reporter from Boston writing a book about them. I wanted to be part of the furniture, just another guy who hung around the gym.

You must have grown somewhat attached to these individuals after all the time you spent with them.

I not only reported this story, but I lived with them for months in a crucible that was high school basketball in Kentucky. I was in that locker room with them, I was on that practice floor with them, I rode on the bus with them. I got to know these young men and their families really well. I feel invested in all of them, and even now I root for all of them, wherever they are, whether they’re playing basketball or not.

Is there anything you wish you could go back and do differently?

I probably would have rented a house that was a little bit better insulated. It was one of the coldest winters in central Kentucky in recent memory, and the little house we rented had absolutely no insulation. The time we were there, we were basically half-frozen. I know that was a big complaint that my wife had at the time, and I certainly shared it.

You can also visit keithob.com/books.