Joan Osborne describes having the show of her life at a recent tour stop in New York. The accomplished singer/songwriter was feeling every word and playing every note with an unbridled passion. So much so that as she stepped offstage, she took a moment to look down at her right hand. And it was dripping blood.

“I didn’t feel it until a few minutes after I came off stage,” Osborne says about some far too aggressive guitar strumming that left her with a bloody finger. “I guess I was really in the zone.”

Indeed, even at 60 years old, the “One of Us” hitmaker with a multi-Grammy-nominated career behind her continues to find the magic ahead of her, much of it still left to be discovered. “As you age and as you mature, not only does your voice change but you learn how to use it more effectively,” she says. “So, while I might not be able to hit the screaming high notes I used to back in the day, I feel like the show is more emotionally impactful because I’m able to use what I have.”

Her voice has possibly mellowed over time, but it’s also stayed just as beautiful as when the world first heard it back in 1995. And that voice is being preserved on Osborne’s latest album project, Radio Waves, a collection of unearthed live in-studio radio recordings discovered during the pandemic lockdowns.

“I started cleaning and, you know, saw the back of some closets that I hadn’t seen the back of in nine or 10 years,” laughs Osborne, who took up painting a bit also during the lockdowns of 2020 and has continued ever since. “I pulled out these boxes and discovered this huge treasure trove of CDs and cassettes and audio files and pictures and hundreds and hundreds of songs. I had the time to go through them and discovered that a lot of these things had been recorded with very high audio quality in radio stations. (Pauses.) At the time, I couldn’t go out and play shows and I didn’t have another album’s worth of original material to release, so I decided that we could find a record’s worth of material in this audio—and that’s what Radio Waves is.”

These performances of fan-favorite songs such as “Saint Teresa” and her cover of Sly and the Family Stone’s “Everybody Is a Star” are being given the chance to come alive again during her live show, which includes a much-anticipated tour stop at Ludlow Garage on Saturday, September 24. 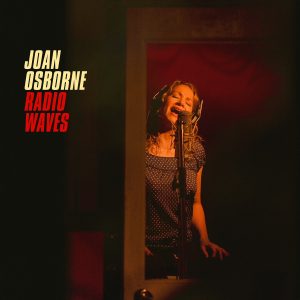 “I’ve always had a strong audience there,” Osborne says of her devoted Cincinnati fans. “We have friends who are there, so we’re hoping to visit some people when we’re in town. Most of my family is in the Louisville, Kentucky area, so ever since I was a kid Cincinnati was a place we would always go. It was a big deal for us to go there. I really soak up that beautiful old architecture of Cincinnati’s neighborhoods.”

After decades of touring and staying in new cities night after night, Osborne still finds excitement in rediscovering her favorite places. “Sometimes, when the travel gets to me and I’m like, Oh my God, why am I still doing this, I just get on stage and remember why,” she says. “When I do these performances, I can feel it. I can tell that the audience feels it, too. It’s still very real and still very powerful.”

It’s this power that Osborne feels can transform a divided world. “There are so few opportunities for communities to come together and just look at each other as fellow human beings,” she says. “Live music is one of those rare opportunities. It feels important to me, but I also feel like it’s important for communities that live music is happening again. I’m proud to do my small part in keeping it going.” 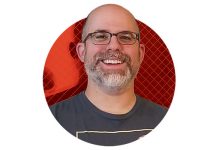