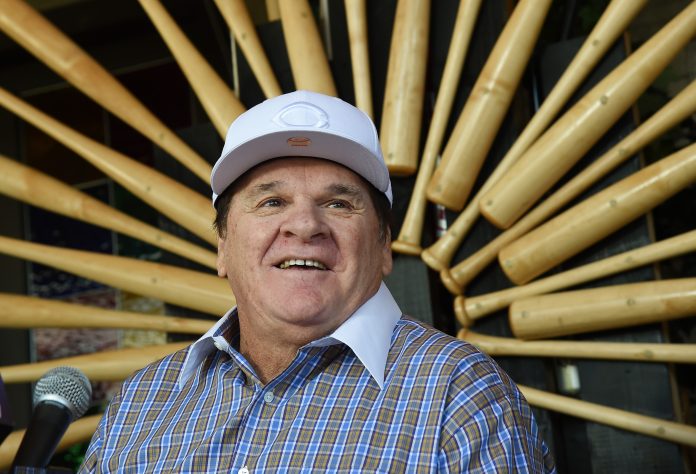 Many years ago, during the prime of his extraordinary career, Pete Rose described to Playboy magazine the philosophy that allowed him to succeed on the baseball field, even when his life was beset by troubles off of it. “Nothing bothers me,” he said. “If I’m home in bed, I sleep. If I’m at the ballpark, I play baseball. If I’m on my way to the ballpark, I worry about how I’m going to drive. Just whatever is going on, that’s what I do. I don’t worry about a bunch of things.”

If there’s one attribute to understand about Rose’s personality, it’s this: He does not worry. It explains the remarkable concentration and consistency he maintained as a player—even as he changed positions on the diamond, or as his first marriage fell apart, or as gambling and other trouble crept closer to the center of his life. It’s the same trait that explains the mental blinders that ensured Rose’s fall from grace. If he had fretted even a little over the repercussions of his gambling and the stances he took, his post-playing days might have turned out quite differently.

But that’s not Pete. And as he said to me last year, “I don’t spend a lot of time worrying about whether I’m going to be in the Hall of Fame or not.”

This attitude may suggest simplicity, but Rose is no simple study. He’s a man of contradictions, one given to making racially insensitive jokes, yet also known for forming fast friendships with African-American players, even during the roiling 1960s. He took amphetamines during his playing days, but has laid off alcohol and other recreational drugs all his life. And of course, the greatest contradiction of all: Rose played baseball with as much integrity as any player who ever lived, but committed the sport’s mortal sin—betting heavily on his own team.

Contradiction presented itself often while working on my 2014 book, Pete Rose: An American Dilemma. Rose didn’t cooperate with the project—there was no money involved, no joint agreement. Yet he never, to my knowledge, shut anyone down, never asked anyone in his life not to speak openly with me. I spent time with Pete’s eldest son, Pete Rose Jr., and his brother, David. I talked with people who managed Pete’s career, back then and now. I spoke with former teammates and current pals. And when I placed myself in Pete’s company—in Cooperstown, Las Vegas, Cincinnati, New York—he would often chat with me himself.

In November 2012, I attended a charity event in Cincinnati put on by the marvelous Green Diamond Gallery. Eight Hall of Famers attended—Johnny Bench, Lou Brock, Wade Boggs, and a few others. Rose was there too, and we spoke for a few minutes during the pre-event hobnobbing. A few days later, he was booked to speak at a private, year-end Little League banquet in Long Island. Though I had no connection to the league or town, I’d gotten myself invited to the event. When Pete walked into the ballroom and saw me, he did a double take. This guy again? He following me? In a way, I was.

There were about 200 people at the banquet. We sat at large round tables—parents, league administrators, dozens of Little Leaguers. Pete stood at a podium up front to give a speech, and I was seated at a table about 20 feet back, off to Pete’s right.

After he had said his piece, Rose took questions from the kids, written on paper and handed forward: When did you get your first hit? and Who was the best pitcher you ever faced?, that kind of stuff.

Then this question: Do you think that Barry Bonds and Roger Clemens should be in the Hall of Fame? The subtext was clear: Should these known steroid users have a chance to get into Cooperstown when Rose, who bet heavily on baseball, has been explicitly barred?

Rose considered the query for a beat, and then said, “I don’t know, maybe you’re asking the wrong guy. I think they should get in, but they’re friends of mine. I like Barry. I like Roger. They’re good guys. I like pretty much everyone,” he said, before pausing and raising his right hand to point, “except for that guy.”

That guy, of course, was me. There was a moment of quiet in the room before Pete, looking right at me, gave one of his ballpark winks and let out a rich laugh. He wasn’t thrilled I was there, I’m sure, but he understood I was doing my job—a value Rose holds dear. Begrudging and respectful at once. Later that night, we did talk for a little while. Pete didn’t know what I would write in my book—he said that a few times—but he wasn’t worried about it, either. In that moment, I was the thing right there in front of him, so he talked genially.

“I’ve got to get to sleep,” he finally said after a few minutes, wrapping up our conversation. “Another busy day tomorrow.”

“Busy day of being Pete Rose?” I asked.