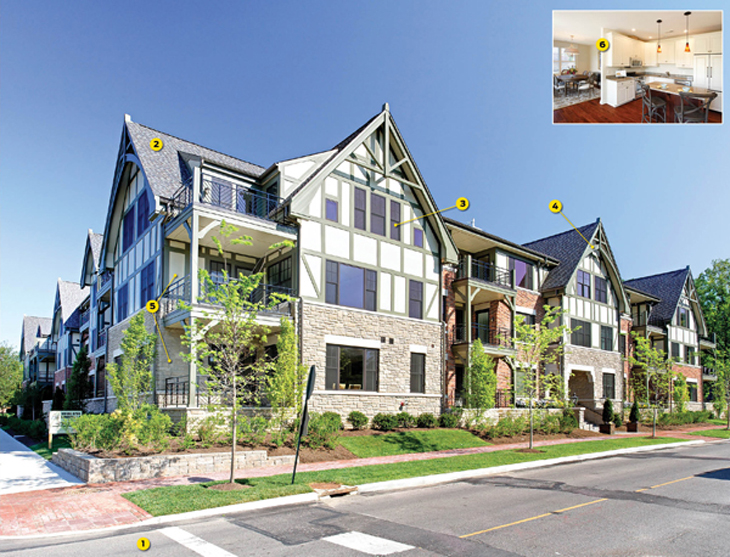 2. New Address
Greiwe started with Jordan Park, on Miami Road, in 2008. Emery Park (right), which was completed in late 2011, was already one-third sold out at press time, and neighboring Nolen Park, which will break ground this fall, has already sold $5.2 million in units.

4. Look Book
Greiwe not only fashioned his gabled rooflines and stone, brick, and stucco exteriors to conform to existing structures; his zero lot-line buildings are exactly the kinds of structures Nolen had specified for those streets in his original plans, which Greiwe consulted during design.

5. Street Access
Every unit in Emery (and Jordan, and—soon—Nolen) Park has its own private balcony, but Emery has a sizable brick “garden terrace” off the first-floor units as well. Some first floor units also have direct access to the street via private staircases off the balconies.

6. Inside Job
You can expect all the amenities inside each condo. They’re equipped with  gas fireplaces; Kitchen-Aid appliances; granite countertops in both the kitchen and bathroom(s); and hardwood floors in the “public” rooms (a.k.a. living room, dining room, kitchen, and front hall).