Korean
3501 Seoul’s Dalnim
In Korean mythology, Dalnim is the god of the moon. At 3501 Seoul, it’s a soju cocktail sweetened with Soho (a lychee liqueur), crushed lychee and black cherry, and lemon and cherry juices. Its floral flavors are truly out of this world.
3501 Erie Ave., Hyde Park, (513) 873-9181

Italian
A Tavola’s Limoncello
Made with lemon peel, sugar, and Everclear, A Tavola’s housemade limoncello is a zesty alternative to dessert. The thick, syrup-like after dinner drink is served in a chilled glass and is even said to aid digestion.
Over-the-Rhine and Madeira

Brazilian
Maize’s Caipirinha
What is Brazil’s national cocktail doing on the menu at Maize, a Venezuelan restaurant? We’re not sure, but the caipirinha’s mixture of cachaça (a sugar cane liquor), lime, and simple syrup is equally refreshing and tasty.
1438 Race St., Over-the-Rhine, (513) 381-1608

Guatemalan
Taqueria San Marcos Horchata Pitcher
To quell the spice brought on by this Central American spot’s spices, order a pitcher of horchata for two. It’s a smooth rice- and milk-based drink with vanilla and cinnamon flavors. Perfect to cool down on a summer day—or after a few too many tacos.
5201 Carthage Ave., Norwood, (513) 351-1363

Taiwanese
Boba Cha Bubble Tea
A product of 1980s Taiwan, bubble tea—a tea-based drink with or without milk and the addition of small tapioca balls—has swept across the world as its popularity has grown. Boba Cha is our go-to purveyor. Try the coconut milk tea with fruit-flavored pop bobas.
1606 Main St., Over-the-Rhine, (513) 421-9111

Indian
Dusmesh Mango Lassi
Lassi is the perfect counterpart to sometimes-heavy North Indian fare. Fresh yogurt is blended with chilled mangos and rose water to create this sweet but refreshing take on the popular dahi-based drink that originated in India.
944 Ludlow Ave., Clifton, (513) 221-8900 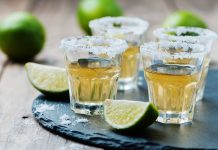 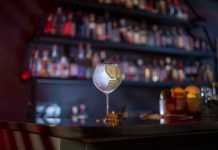 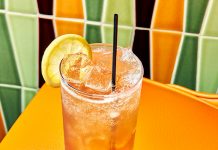