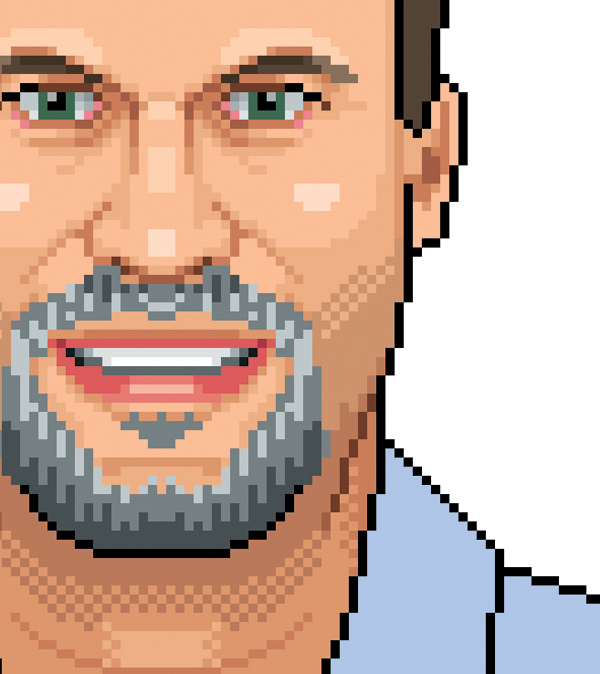 Life seemed to be slowing down for Tim Schigel last fall. He had just hired a CEO to assume daily operations of ShareThis, his phenomenally successful business whose ubiquitous widget allows its users—more than 600 million worldwide and counting—to easily forward Internet articles while ShareThis gathers reams of data about those users to help advertisers target them. Regular trips between the company’s Palo Alto, California, headquarters and Schigel’s home in Cincinnati would ebb, and he would have more time to spend with his wife and three teenaged kids.

Then the Republican National Committee asked him to be its senior tech advisor. Competing against President Obama’s vaunted social media operation enticed Schigel enough that he consulted friends, colleagues, and his family about the opportunity.

“I said, ‘I don’t have to do this. It’s not a money-making thing, and it will involve a lot of travel.’ My daughter, who is 17, said, ‘Dad, if you don’t challenge yourself, you’re not growing,’ ” Schigel says, grinning broadly. “And I thought, Who taught you that load of crap?”

The answer, of course, was dear old dad. A year later, the social media operation Schigel has helped craft for Mitt Romney and the RNC includes a Facebook page with more than 5 million followers as of late August, targeted e-mail campaigns, and Twitter accounts—all of which gather data about users. He put systems in place that ensure everybody who interacts with Romney’s campaign provides contact information.

“In previous cycles, they’d have thousands of volunteers, and they wouldn’t have a name, address, e-mail, anything, other than T-shirt size,” he says. “It didn’t strike people that it’s all about the data.”

The RNC had already been working hard on its online strategy, but Schigel took it to another level. “He kind of turbocharged our efforts,” says Sean Spicer, the RNC’s communications director. “Tim brought a private sector perspective and connections that we didn’t have.”

For all of his business success, Schigel is a political novice, having never worked for a campaign, though his loyalties had leaned toward the Republican Party. Spicer says Schigel generates “a million ideas” while deferring to others on politics. “He’ll come up with an idea and ask how to tweak it to work in the political world,” he says.

Schigel, 45, grew up in Cleveland and moved to Cincinnati after college to take an IT job. A year later, his girlfriend, Laura, followed; they married and started a family. He eventually joined Blue Chip Ventures, a company that invested in startups, including his own.

In 2007, he turned his full attention to ShareThis after realizing the product was special, becoming the company’s CEO. When a user opens a web page that contains the widget, ShareThis records it, regardless of whether the user chooses to share the content. “If you used search terms to get to that page, we know that,” Schigel says. “We know if you share it and we know who responds to it.

That kind of data is a gold mine for anybody who wants to target advertising to a particular group. “If you’re P&G, and I tell you I have 6 million people who are sharing stuff about makeup, wouldn’t you want to advertise to them?” Schigel asks. Absolutely, answer advertisers. In fact, Schigel says the company’s revenues have nearly doubled every quarter for the past couple of years. That exponential growth earned ShareThis a spot on Forbes’s list of 100 most promising companies in 2011.

Schigel sticks to what he knows when it comes to working with the RNC. “I wouldn’t have done this if I had to actually know something about politics,” he says. “I get to see it, but I’m really only providing the infrastructure to interpret the data that somebody else is interpreting.”

Gene Beaupre, director for government relations at Xavier University, is a veteran political observer who marvels at the personalization of solicitations from both parties. “It’s the reinterpretation of Tip O’Neill’s adage that all politics are local,” he says. “Local now is being on the screen in their living room or on the screen of a handheld device.”

A 2008 study by Kelly Garrett, an assistant professor in The Ohio State University’s school of communication, suggests that social media skirt the skepticism that voters have about the political news they receive through mainstream media and blogs. Garrett found that people were most likely to believe false political rumors if they get their political news via e-mail. “If a message is delivered directly to people who trust it and those people redeliver it to people who trust them, you might be able to overcome distrust,” he says. That also means that spreading messages online can be a major tool for mudslinging.

Schigel has no misgivings about providing the platform for inevitable attacks. “It’s typically the RNC’s role to be the one slinging arrows so the candidate can be above that. It’s just part of the territory,” he says. Of course, the data he’s helped the RNC gather also enables more nuanced pleas for money, volunteers, and votes in constituencies that don’t respond to harsher attacks.

Schigel has endured ribbing from Democratic colleagues at ShareThis, but he is happy he got involved, even if he isn’t in lockstep with every part of the Republican platform. “I’d like to think of myself as independent, but I realized that we do have a two-party system,” Schigel says. “Voting for somebody [in a minor party] just for principle and then watching somebody else win an election is not a strategy that works.”

Schigel’s year with the RNC has convinced him that the 24-hour news cycle exacerbates political fighting. “The media need something to talk about, so they’ll take any sound bite out of context and turn it into a fight,” he says.

The 5 million followers of Mitt Romney’s Facebook page pale in comparison to President Obama’s 28 million, but Romney’s fans have been far more engaged. During the second week of August, 2 million people interacted with his page, compared to 1.5 million interacting with Obama’s.

Tim and his wife, Laura, grew up in Cleveland but adopted Cincinnati as home base for work and family. “This being a Delta hub for years, it made it easy to raise a family here while I traveled,” he says. “I enjoy my lifestyle here with what Cincinnati has and doesn’t have.”

Illustration by Quickhoney
Originally published in the October 2010 issue.