When Jay Ashmore and his wife, Pam, took over Dutch’s Pony Keg in East Hyde Park in 2007, they had a case each of Beck’s and Bud Light to sell, and that was about it. Five years later, Dutch’s Bar and Bottle Shop carries more than 700 beers, 200 wines, and runs eight constantly rotating taps that fuel patrons as they throw down on the ever-popular bocce court out back. But the Ashmores didn’t stop there. As a former regional beer rep for Stone Brewing Company, Jay has walked into a lot of bars, but none he liked more than Goose The Market, the bar-and-butcher shop in Indianapolis that smokes its own meats. He vowed that if he ever had the opportunity to turn Dutch’s into something similar, he would do it. That opportunity came when the Starbucks next door closed down in the fall of 2011.

Ashmore, who readily admits he doesn’t know much about food but knows what he likes, partnered with local chef Jim Cornwell to create an artisanal food market dubbed Dutch’s Larder. Stationed behind the well-stocked deli case, Cornwell serves up made-to-order sandwiches with housemade pork terrine or Smoking Goose’s pastrami (inspired by that Indy shop) along with soups, salads, and charcuterie boards, all of which are available for dine-in and carryout. The Larder also turns out pre-made sandwiches, risotto, gnocchi, raw hamburger, and veal chops, and carries a curated stash of pantry staples. All this, and bocce too. 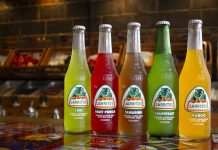