Home Sports That’s the Ticket
If everyone loves a winner, well, from May 13 to May 19, the Cincinnati Reds gave fans 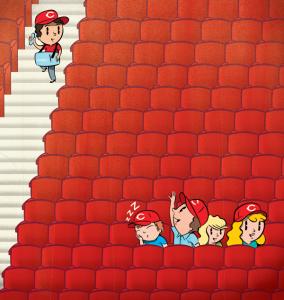