What started as a silent film house in 1913 has since taken a circuitous path back to glory—albeit a touch more raucous nowadays. A movie theater until the Great Depression, Woodward Theater has also been the site of various come-and-gone retail ventures. The musical revitalization began in 2013 when local business owners Dan McCabe, Chris Varias, and Chris Schadler (MOTR part owners and former bookers at places like Sudsy Malone’s and Southgate House) purchased the defunct venue. Five years later, the Woodward’s intimate, 600-capacity room has become the spot where hipsters go to find the new and next.

The venue has the sans-corporate street cred necessary to be the city’s indie darling, offering a curated glimpse at up-and-coming national and regional acts rather than a prepackaged, multicity tour stop. The owners also have the luxury of incubating bands across the street at MOTR (where the shows are free), then offering artists a spot on the big stage once they’re deemed ready. “You see a lot of opportunities for local bands here—and you see a lot of risks taken on up-and-coming artists that aren’t [yet] touring corporate rooms,” says McCabe.

The venue has more renovation plans for the coming year. It recently won a $150,000 grant from Partners in Preservation through the Cincinnati Preservation Association to restore its beaux-arts-style facade, original bulb signage, and 52 rosettes. Changes to the inside will include a revamped bar, retractable stage curtains, and an electric movie screen. “It’s going to be a bright, shiny beacon on Main Street,” adds McCabe. But in a hip way.
1404 Main St., Over-the-Rhine, woodwardtheater.com 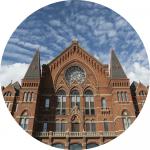 Music Hall
From pliés to arias, this 140-year-old institution is home to the ballet, the orchestra, the opera, and The May Festival. Tuck your shirt in—you’re watching the masters at work.
1241 Elm St., Over-the-Rhine, (513) 744-3344, cincinnatiarts.org/music-hall

Bogart’s
Don’t mind the grit; it’s intentional. Its hole-in-the-wall status and wall-lining mementos cement this “underground” venue as a teenage rite of passage. Assuming mom can drop you off.
2621 Vine St., Corryville, (513) 872-8801, bogarts.com

Southgate House Revival
With acts ranging from folk to metal—both well-known and independent—this three-room venue in a former church has something for everyone, including the under-21 crowd.
111 E. Sixth St., Newport, (859) 431-2201, southgatehouse.com

Madison Theater
Catch a national touring act (or their local battle-of-the-bands series) in this standing-room-only spot that’s a hit with the younger crowd and their parents.
730 Madison Ave., Covington, (859) 491-2444, madisontheateronline.com 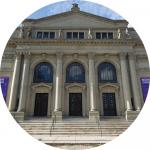