As ephemeral as religious faith can be, there’s no way of escaping its presence in modern America. It’s woven into our DNA from the earliest Puritan settlers, who were fleeing religious persecution when they washed up near Plymouth Rock, up through the most recent Muslim immigrant fleeing death and destruction in the Middle East. Faith-based organizations abound. Professions of faith are alternately trumpeted and debated by candidates for the presidency. Public urgings of faith pop up everywhere, from billboard ads to bumper stickers: Keep the faith. You gotta have faith. What Would Jesus Do? Or my favorite, spied in a Whole Foods parking lot in Santa Fe years ago: What Would Jesus Bomb?

But faith is hard. You have to work at it. The push and pull of life, the constant tug of war with modernity and all its diversions—the phone, the TV, the computer screen, the web, the kids, the school, the commute, the house, the yard, the car, the food, the bar, the game, the wife, the husband, the cat, the dog, the job, the job, the job—doesn’t make it any easier. And what is it, anyway? It’s utterly personal, often fantastical, totally believable, but rarely verifiable. I was born and raised Catholic here in Cincinnati and have done my best to stick with it. I keep trying—or in the parlance of Twitter, #trying. But the questions, frustrations, and conundrums—with the Church as well as my place in the cosmos—never cease. One thing I feel certain of: I am not alone.

My wife, who is Lutheran, loves to tell the story of how one spring long ago, when my parents came to visit us in New York, I decided it might be “fun” to go to Easter Sunday mass at St. Patrick’s Cathedral. Arriving just as the service was about to begin, I watched agog as my mother and father—both lifelong Catholics who play by the rules—disregarded the line snaking around the block, bum-rushed the hapless docent checking passes at the door (I can still hear him calling “Ma’am. Ma’am!” insistently as my mother blew by), and blazed a path to seats in the center section. But my wife’s favorite part is what happened next: About halfway through the mass, deep into the homily, she glanced down the pew to see my mom, dad, sister, and me—the four Catholics who’d dragged her there—all snoozing. 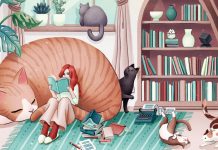 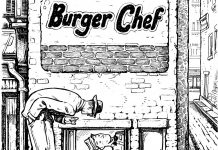 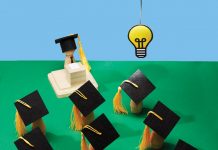 That Time I Gave a High School Commencement Speech