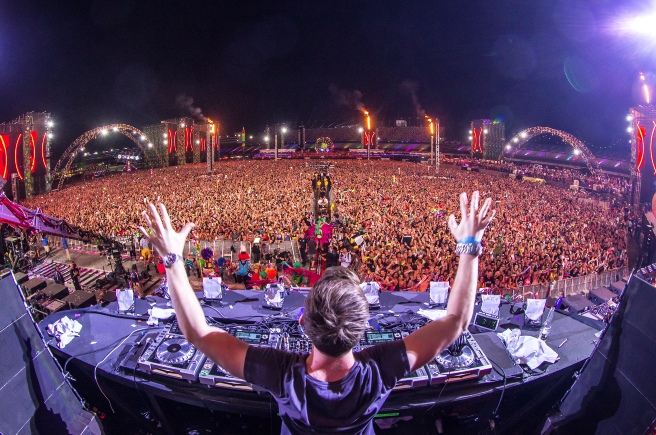 Photo courtesy Rock and Roll Hall of Fame and Museum

Beer dripping down your wrist, sun on your face, and rock in your ears may be all you need to take you back to the last music festival you attended—but if you’re not sure where to find that in the middle of October, try the Rock and Roll Hall of Fame and Museum.

Overlooking Lake Erie in Cleveland, the museum is hosting Common Grounds: The Music Festival Experience through January 31. The three-floor exhibit offers the highlights of festivals past as cultural mile markers. Experience the multi-media display that uses radio announcements, recordings of bands warming up before their performance, and the rumble of eager fans in the background, with floor-to-ceiling displays of artifacts, photos, and film to recreate the music festival experience.

Revisit some of the most memorable music festival moments—such as Bob Dylan on the electric guitar at the 1965 Newport Folk Festival or Amy Winehouse’s US debut at South by Southwest in 2007—and check out the montage of the top 10 moments selected by voters around the globe.

During your visit, be sure to also stop by the special exhibit devoted to The Beatles to see the more than 70 artifacts on display—such as Ringo Starr’s birthday card to John Lennon in 1969—and the One Hit Wonders exhibit, a curated list of rock’s greatest hits that walks visitors through the history of the genre.

Spend an afternoon exploring, then fill up on some American grub at The Willeyville (we hear the hanger steak is awesome) around the block from the museum before heading home.