It all began with a trip to Newport News, Virginia. There, Annie Stanley and her husband, Charles M. Stanley, inspected a Holland submarine, the state of the art in submersible boats at the time. The officer in command said something that set off Annie’s curiosity. He said it took 40 minutes to submerge because the boat had to take on thousands of gallons of water to sink beneath the surface.

“When we were going away, I asked my husband if there was not some quicker way of submerging it. If they can make a boat go ahead or backward under the water, why can’t they make it go up and down?”

Mr. Stanley, who worked in a Hamilton stove factory, built a working model in which propellers at the front and rear of the submarine were mounted on a universal joint that could pivot from vertical to horizontal orientation. Under power, the Stanley model could submerge immediately.

The Stanleys approached Walter A. Knight, attorney with the Cincinnati firm of Hosea, Knight & Jones, to handle the patent application and began talking to foreign governments, specifically Eugene C. Pociey, vice consul of France, who had offices at 519 Main Street. The Cincinnati Post [17 April 1908] thought the new invention was just dandy:

“The Stanley boat submerges as quickly as the pilot can throw a lever and switch, probably two seconds. It can go up, down, straight ahead, obliquely or round and round. It is a perfect fish. If the mechanism gets out of order the boat rises instantly to the surface.”

According to The Cincinnati Post [20 April 1908], the Stanleys applied the same principal to the navigation of an airship, or dirigible. Mrs. Stanley believed that is where the money was.

“We don’t expect to get rich from the submarine. It may pay us something in royalties, but not a great fortune. I hope the airship patents will do better. You know the same idea applied to airships places the aerial craft in complete control of the operator.”

When the patent (939,344) was issued in November 1909, Mrs. Stanley’s name was nowhere listed on the paperwork, possibly because she was not a United States citizen. Depending on the Census, Annie (she also went by Anna) is listed as German, Austrian, or Bohemian by birth. In addition to the submarine, Mr. Stanley patented a  “Safety shutter device for moving-picture apparatus” (Pat. 944749 A) and a turntable for water chutes (Pat. 930629 A), neither of which credit his wife with any part of the invention.

While the French government took a pass on the Stanley submarine, Colonel I.M. “Ike” Martin, the impresario in charge of Chester Park, signed “Captain” Charles M. Stanley to a 17-week contract. The newly commissioned “captain” was hired to demonstrate submarine and airship for crowds at the amusement park out on Spring Grove Avenue. The Cincinnati Post [21 April 1908] reported:

“Work will commence at once upon the construction of a glass tank in which the new submarine model will be shown darting about in the water and rising and submerging at the will of the operator.”

With the world embroiled in World War I, interest in submarines revived and Charles Stanley hit the vaudeville circuit with his aquarium and models. The United States was still a technically neutral country in 1916 when he appeared onstage at the Keith Theater on Walnut between Fifth and Sixth. The reviews [Cincinnati Post 14 August 1916] were favorable:

“Capt. Charles Stanley’s miniature submarine exhibition at B.F. Keith’s this week is unusually interesting and instructive. Toy undersea boats, manipulated in a glass tank, show in detail the operation of the deadly ‘subs,’ including the firing of a torpedo.”

None of the inventions seem to have panned out for Charles and Annie Stanley. Charles kept his job at the stove factory and, when he left that job, it was to take a job as a watchman at one of Hamilton’s paper mills.

Charles was 74 when a heart attack felled him in 1944. Annie survived until 1963. The Stanleys are buried side by side in Hamilton’s Saint Stephen Cemetery. 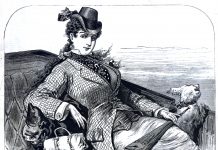 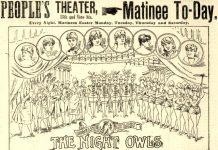 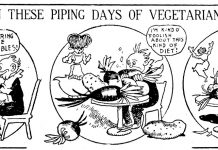