Home News What Impact Will Hamilton County Have on the 2018 Elections?

Ohio is dominated by her major cities. It’s where the pro-grade sports teams play—the Reds in Cincinnati, the Cavs in Cleveland, the Buckeyes in Columbus. It’s where the biggest universities ponder. It’s where the populations are growing and the best new jobs appear. There is another sector where our major metros might seem ascendant: politics. This fall’s much-ballyhooed midterm election will determine John Kasich’s successor as Ohio governor, in addition to a U.S. Senate seat and a host of other offices, and you can make a strong case that Ohio’s biggest cities will determine the outcome—stronger still if you’re pulling for the Democrats. But the real story isn’t the amount of political power Cincinnati and her sister cities hold. It’s the reasons why they don’t hold more.

The easiest way to understand Ohio’s urban-rural split is to compare the rest of the state to Hamilton, Franklin, and Cuyahoga counties, which are home to Cincinnati, Columbus, and Cleveland, respectively. Granted, this comparison isn’t perfect—it lumps a city like Toledo in with fat swaths of farmland—but it’s quick and clear and shows just how much impact the “Big 3” can have. In 2008, Barack Obama thumped John McCain in Ohio’s Big 3, winning 1,018,344 votes to 613,896. Obama ultimately won the state by about a quarter million votes, which means his entire margin came from the biggest cities.

This trend has reemerged in every major election since, with the exception of Kasich’s easy reelection in 2014: The headlining Democrat has to dominate the Big 3. If the margin isn’t big enough (Ted Strickland in 2010), the Democrat loses. If it is (Obama again in 2012), the Democrat has a shot. The rest of the state still matters: Hillary Clinton’s huge margins in the Big 3 couldn’t save her from Donald Trump’s yuge-r margins everywhere else. In most elections though, Hamilton, Franklin, and Cuyahoga supply about a third of the votes, even as they occupy about 3 percent of Ohio’s surface area.

Still, there are reasons to believe the Big 3 could be even bigger. First is the sluggish turnout; at the voting booth, the rest of Ohio routinely laps the Big 3 in terms of average voter turnout. In the 2010 midterms, for instance, only 48 percent of the Big 3’s registered voters showed up, compared to 50 percent everywhere else. (That gap lines up with national trends, particularly in non-presidential elections when voter demographics skew older and whiter.) The second reason is more specific to Ohio. In the last few years, the state’s Republicans have worked quietly but carefully to make it harder to vote—especially for residents of the Big 3.

The clearest example is the way Ohio purges its voting rolls. It makes sense for states to cut voters from the rolls after they’ve died or moved, but Ohio takes it further, removing legitimate voters for, in effect, not voting. It’s called the Supplemental Process. Let’s say you voted in 2008, excited by the possibility of America’s first black president, then sat the next two elections out. The state would mail you a postcard, but if you didn’t respond or vote in the next election, you’d drop from the list of registered voters. Ohio has purged more than a million voters this way since 2011. The policy has hit the Big 3 harder than anywhere else, and it’s even more targeted than that: In 2016, Reuters found that in Hamilton County, the rolls in largely African-American neighborhoods had been purged by more than 10 percent since 2012. In Indian Hill, the rolls had been purged by only 4 percent.

Republicans will say that the state has purged for decades. But the practice fits all too neatly with the party’s other efforts to undercut early voting, absentee voting, and Sunday voting. Franklin County’s GOP chairman made the motives clear to The Columbus Dispatch: “We shouldn’t contort the voting process to accommodate the urban—read African-American—voter-turnout machine.”

Despite a federal court ruling against this semi-automatic purging in late 2016, the issue is currently being weighed by the Supreme Court following an appeal by Ohio’s Attorney General. On the surface, it looks like a big fight over a small number—until you realize that in 2010, Kasich beat Strickland by fewer than 80,000 votes. In non-presidential election years especially, small factors make a big difference. Ohio Republicans know this better than anyone. After all, our Attorney General is Mike DeWine, a Republican, and he’s running for governor this year. 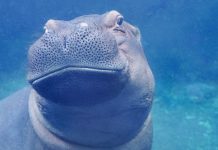 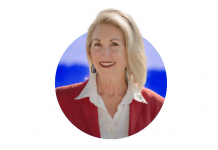 Laure Quinlivan Says Landslides Are Bringing Us Down 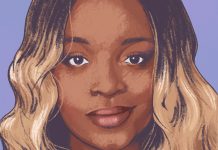