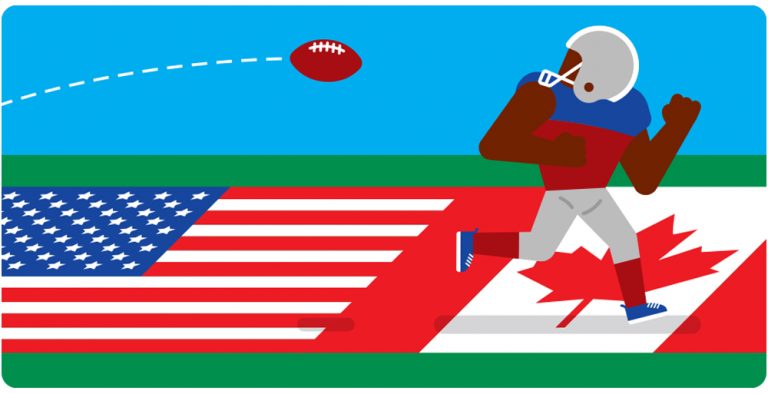 Chad Johnson is nervous. He’s seconds away from his first snap of professional football in nearly two years. There’s anticipation, fear, curiosity about what’s coming next. “It’s similar to the feeling I had right before losing my virginity,” says Johnson. He’s waiting on the sidelines of Percival Molson Memorial Stadium, home to the Canadian Football League’s Montreal Alouettes. This is where the artist formerly known as Ochocinco will begin to rewrite the final act of his career.

Montreal and the CFL aren’t exactly an expected setting for the epilogue to a six-time Pro Bowl career that started in 2001 when Johnson was drafted by the Cincinnati Bengals and vowed to resuscitate a wilting franchise. “We weren’t really respected as an organization,” says Johnson. “I think I brought fun and excitement back to that city.” The dream lasted 11 years—10 seasons with the Bengals and one with the New England Patriots—before he was jolted awake. Johnson was released by the Miami Dolphins during training camp in August 2012 following an arrest for domestic battery. It was his last contract with an NFL team.

However, the itch still lingered. “I got to a point where I was like, Damn, you know what? I want to go back and play,” he says. “I’m going to finish my dream the right way.” As is his custom, he mentioned his comeback hopes on Twitter, even entertaining the possibility of the CFL. Soon he had an offer from the Alouettes, bringing the Miami native north of the Canadian border for the first time.
“The speed of the game is the same,” says Johnson. Off the field, the transition has been equally smooth. “I’m doing my usual stuff here—cigars and jazz clubs,” he says. “They have so many to choose from, and the Cuban cigars are legal.” Still, he bristles at words that suggest a motivation other than ending his career on his terms. Pride, regret, money, bad blood—these played no part in his return to the game. It’s about capturing that familiar feeling one last time, even if it’s as the oldest wide receiver in a league known as a life preserver for fading stars. “I finally have that second chance,” says Johnson. “I might not be at the level I was, but it’s still football.”