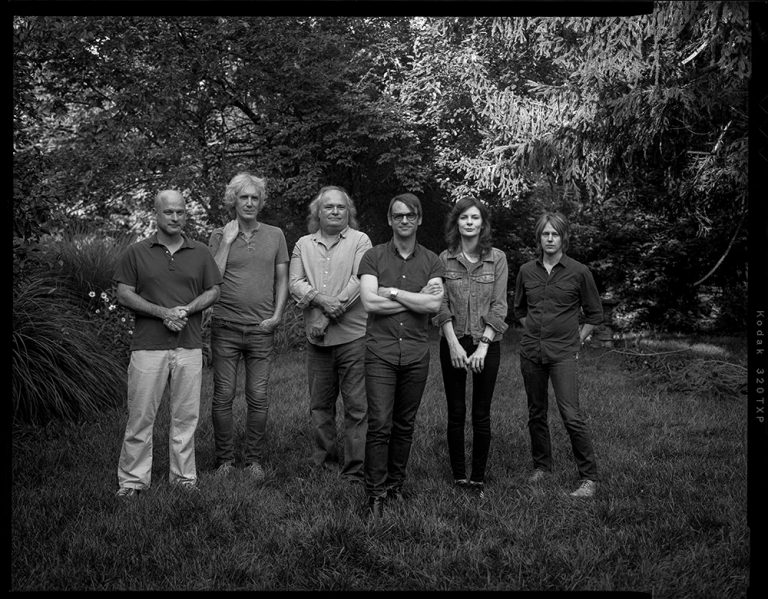 New Sincerity Works is an aberration. There’s no endless assault of self-promotion; it’s simply a group of lifer musicians in the Cincinnati scene who know how to make music and enjoy making it together. Last month, the Mike Tittel–fronted six-piece released its third album, Wonder Lust, a synthed-up, guitar-heavy exploration of looking for love while getting older.

On how the band got together: “I trace it back to when I yelled at [Tittel] for a fluffed tom-tom fill in 1996.”
—Roger Klug, guitar

“We were already intertwined friends going to see each other’s bands. [This group] went from a lo-fi, mobile unit that I thought would play every once in a while to, on stage, this armada of sound.” —Mike Tittel, vocals, guitar, & drums

On the shift in sound on the new album: “The first album was a desperate thing. There was a lot of pain on it. As we evolve through the years and become less miserable, we write less miserable songs. Now we’re looking at the beauty side of things.” —Bob Nyswonger, bass

“Unlike the first album, I was aware of this pool of talent. I left room when I wrote because I knew these guys would fill it up.” —Tittel

On why Lauren joined the group for this record: “That’s my main role in the band—the person who knows the lyrics.”
—Lauren Bray, vocals & keyboards

On their motivation: “It’s a lifestyle. It’s almost like you have to do it.” —Klug

“Not to sound corny, but I don’t play unless I like the people I’m with. I don’t do this because I’m making money at it.” —Greg Tudor, drums & pedal steel

“I do it for the money.” —Mike Landis, guitar, keyboards & vocals

“My hope is that we leave behind this Cincinnati box set that someone unearths someday.” —Tittel