When John Smallwood traded his Seattle apartment for a house on the west side in 2016, his life changed in three major ways. He’d get to see his favorite band, Wussy, any time they played a hometown show. He could finally take his records out of storage. And he could get more cats. A lot more cats—the SPCA on Colerain Avenue is on the way from his house to Shake It Records. First came Bowie and Iggy, not long after David Bowie died. PJ (after PJ Harvey) was adopted as an antidote to the 2016 election, and Mick and Keith joined the band on Jagger’s birthday. Smallwood’s Instagram, @cincyvinylcats, showcases six (for now), pictured each day alongside his favorite records.

Smallwood’s social media presence was originally all music—collages of the records he was listening to each day. “It almost started as a joke, throwing in a cat or two,” he says. “There are so many different vinyl collectors out there on social media. I thought, well, nobody’s really doing it with cats!” 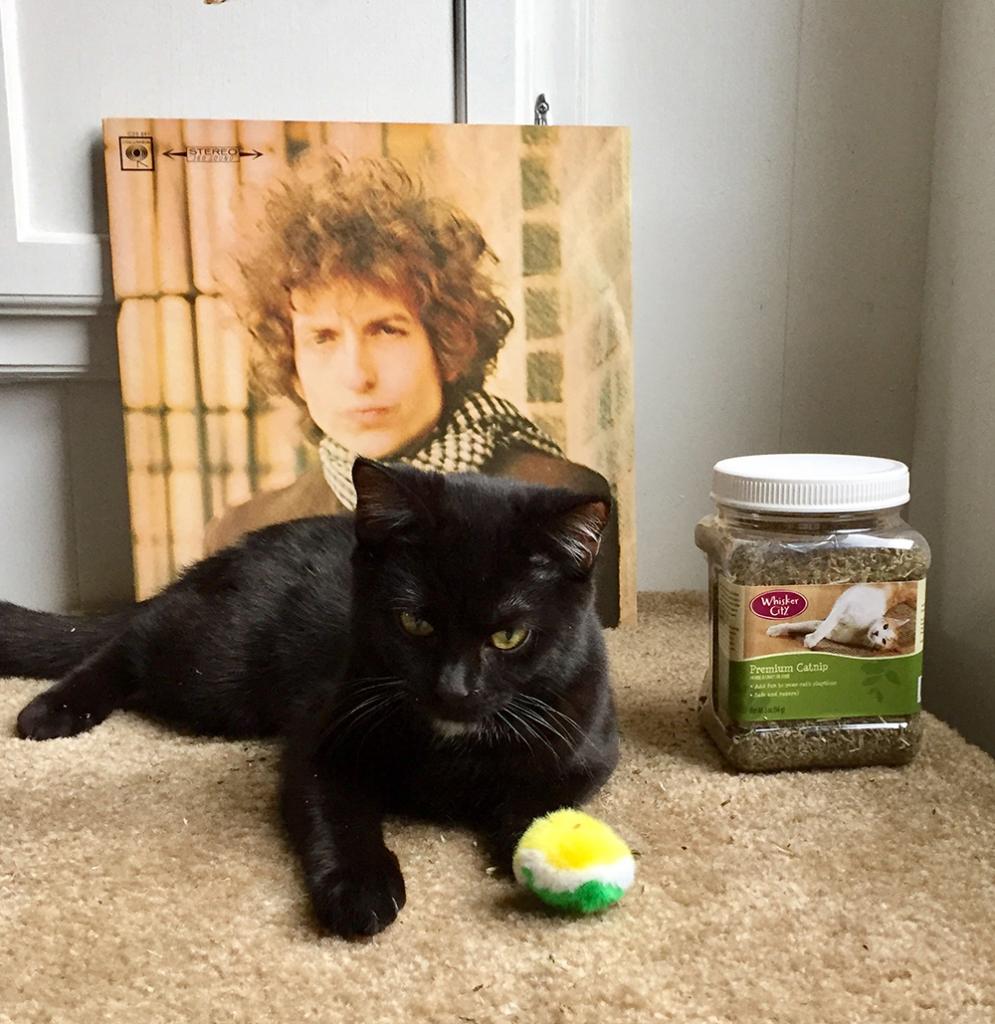 The photos are inspired by new releases, new acquisitions, old favorites, birthdays, memorials, or just because a particular cat is well-matched with a particular record. Of course, both as music fans and social media models, they are indifferent participants. “Cats just kind of lie there, so I put the album next to them and take a picture,” Smallwood says. “You have to stage it really quick before they run off.” 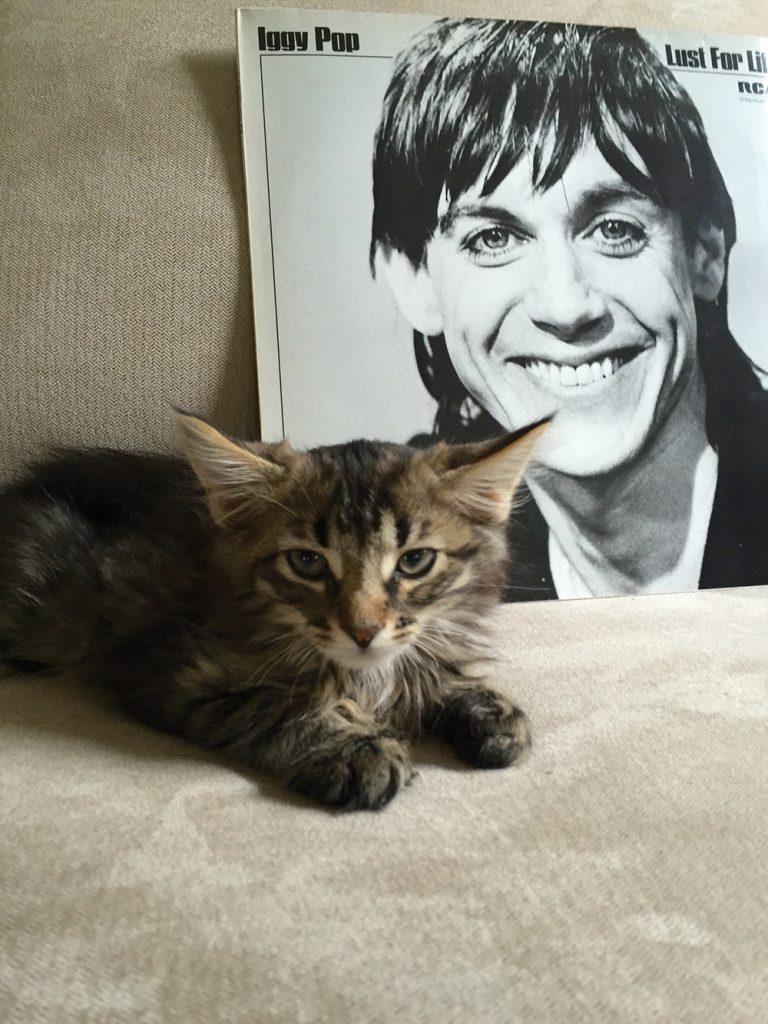 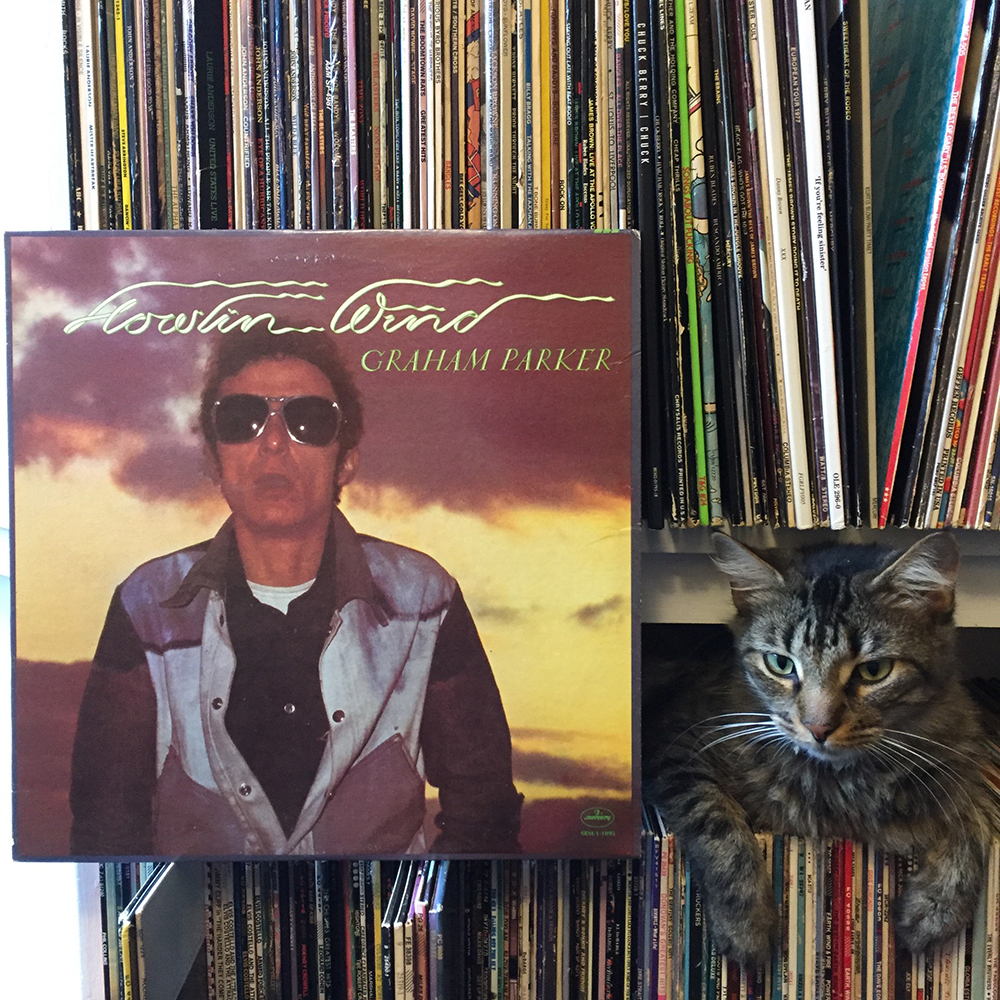