Last December, all I wanted for Christmas was a Little Free Library. Specifically, I wanted my husband to build one for me. In case you aren’t familiar, a Little Free Library is, well, a little library that’s free. It’s sometimes called a book box. You’ve probably seen them in people’s yards (usually near the sidewalk) or in parks or other public places. A friend of mine calls them giant birdhouses. But birds don’t live in them. Books do.

Little Free Library is a now a full-fledged nonprofit organization, but it started about 10 years ago with a guy in Wisconsin building a box and putting out free books, encouraging people to take a book and leave a book. Now there are 100,000 Little Free Libraries in 100 countries, but the idea is still the same: Take a book, leave a book.

I learned about Little Free Libraries from Margret Aldrich, the woman who literally wrote the book on them, appropriately called The Little Free Library Book, and who now works for the organization. But before she wrote that book or had that job, Aldrich was my editor. In 2010, she worked on my first book, Sew Retro, published by Minneapolis-based publisher Voyageur Press. Because we’re roughly the same age and had many of the same interests, we hit it off and stayed in touch even after she left the publishing house. When I was in Minneapolis for a conference in 2014, I asked Aldrich if she wanted to get together. As we sipped our drinks, she told me about this fun book she was writing about the little library boxes people have in their yards. The way she described Little Free Libraries was enchanting.

Granted, I was a pretty easy mark, because my history of loving libraries dates back to the early 1980s, when my mom would take me to the Covington library. I’d climb the stairs to the children’s section, anticipating the crinkling sound the library-standard clear plastic book dust jacket makes. When I was about 8, I somehow got a hold of a stack of old checkout cards—I think from a neighbor who was a teacher—and spent afternoons playing library. So when my former editor told me that it was a thing to have a library in your yard, I wanted one immediately.

I came back home from the conference, got back to my life, and mostly forgot the conversation. Mostly forgot is how I sometimes think about the 10-year period between about 2008 and 2018, or the time between when I started having kids and when my oldest turned 10. Something good happens when your children are around 10. You emerge from the parenting dungeon, look out, and remember that there are other things in the world. Pursuits you can do simply because you want to, in service of no one else’s desires but your own.

Some parents do things like brew beer or learn calligraphy. I started thinking about libraries. The catalyst may have been reading The Library Book by Susan Orlean, which is a book about libraries by way of telling the story of the catastrophic 1986 fire at the Los Angeles Public Library (this sounds boring, but I’m not kidding when I say I couldn’t put it down). With libraries on the brain, I started noticing the little ones all around town. I saw one at Summit Park in Blue Ash when I took the kids there last summer. I browsed the book selection in the one near the path to Madeira High School on the way to a football game last fall. And then I started picturing my own, calling to people from the sidewalk.

On a frosty Saturday morning in January, my husband and I scoured the web for library inspiration. He found a plan in his skill set and worked on building it through February, finishing construction the first week in March. I knew I wanted to paint it aqua and yellow (if you know me, you know there would be no other choice). I walked to my neighborhood hardware store to choose the exact shades the same after­noon that Governor DeWine announced the closure of Ohio schools because of COVID-19. I didn’t realize until I got back from my walk, paint chips in hand, that it was possibly unsafe to put up our library when the world was locking down.

So we put it in the shed. I thought about it out there, bookless and unloved, for the next two months. People everywhere were grieving so much that pointing out this little sadness to anyone seemed ridiculous.

And then in late May, as things began to re-open just a bit, the library started to seem less dangerous. After all, I could wipe down the handles and people could wipe down their books, right? I asked my most cautious friends what they thought, and they all agreed it was low risk, especially as we’d learned more about how the virus usually spreads (and how it usually doesn’t). Plus, seeing as how the Madeira branch library would remain closed for remodeling for a few more months, it seemed more important than ever to make books available in my neighborhood.

So my husband painted it, dug the post hole near the edge of our yard (calling to check on buried utility lines first, of course), and installed it—a dazzling aqua and yellow book house, perched buoyantly in the shade of a craggy old Norway spruce.

I officially opened my Little Free Library, Charter No. 98770, on Friday, June 5, stocking it with books I’d bought as well as books from my collection and my kids’ bookshelves that we were ready to share. I designated the top shelf for adults and the bottom shelf for kids. We had Louise Erdrich and Liane Moriarty. Sharon Draper and Captain Underpants. Isabel Allende and David Sedaris. Paddington Bear and C.S. Lewis. Judy Blume and Judi Ketteler (yes, I put copies of the books I wrote in there).

The entire kids’ section turned over within days, children excitedly taking books and leaving books. The adorable kiddos next door came at least 10 times that weekend. Every time I peeked out my front window, I saw someone else at the library. Families with strollers. Kids on bikes. Friends walking dogs. People were safe. Strangers didn’t congregate. But there was a buzz around it. Books are cerebral things, but the street felt physically energized.

So did I, which was really lovely after months of bleariness and weariness. I loved the fact that people were engaging with books, swapping out one to take home and enjoy with one they wanted to share. But it wasn’t just about what was happening inside the tiny library. It was about the conversations outside the library.

And I think I know why. Do you know that moment of awkwardness you have when you see someone you kind of recognize but don’t actually know? Or someone you do know but are never sure what to say to them? There’s a weird game of social chicken that often happens. Will they say hi? Should I say hi? Who will make eye contact first? Is a nod sufficient? Should I mention the weather? Will they think I’m strange if I speak? Will they think I’m strange if I don’t? What is the matter with me?

If you have no actual idea what I’m talking about, please continue living your extroverted life and enjoy being perfectly comfortable having all manner of human interactions. But if you know what I’m talking about—and I bet a lot of you book lovers do—then you know that you can be the friendliest person in the world in your head and still struggle to engage with the people who walk their dogs by your house every day, the other parents you see at school functions, or the neighbor across the street who waters her plants at the same time as you.

More than anything, my little library has been the elixir that’s made a bunch of that awkwardness go away. Almost like a cute baby everyone passes around. Oh, a little house for books! Look at its shingles! It’s abundantly easy to talk about, to smile about, and to enjoy together with people who are no longer strangers. In fact, I know far more of my neighbors’ names and the things we have in common than I did before.

The way I see it, building more Little Free Libraries means more books would be shared and more people would talk to each other. We have Super Big And Terrible Problems right now related to divisiveness. We need bigger solutions than books and conversation, but I don’t think either of these things could hurt.

I also know that, in my neighborhood, you can’t go more than a few driveways without seeing a small house being torn down to make way for a larger one. People need to live somewhere, so who I am to say anything about it. Except maybe this: Let’s build more houses for books, too. It’s a lot cheaper, and instead of keeping people out, it invites them in. 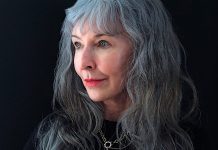