The physician-slash-pitmaster—a first-time competitor—led his Cinci Halal BBQ team to the grand prize at last year’s Kosher BBQ Fest with a little help from his patients. We sat down with him to chat about how his passion for barbecue has informed his practice as an anesthesiologist.

When you’re not behind a smoker, what do you do?
I am an anesthesiologist, and my specialty is pain management. I do anesthesia at the [Cincinnati] VA Hospital, and I have my own practice in West Chester, the Southwest Ohio Pain Institute.

What attracted you to barbecuing?
It’s more relaxing [than my day job]. I find that, when I’m grilling, I actually don’t think of anything. I’m concentrated on the [meat], making sure it doesn’t burn. I have a group of friends—I don’t know if they just like free food—I ask them to critique. Actually I came up with one of our techniques [in pain management] by how I grill.

Really?
There’s a procedure that we do—Radiofrequency lesioning (RFL)—it’s very common: You use needles that increase in temperature if there’s a cancer cell or a nerve you want to burn. We use a very high temperature, 80 degrees [Celsius], for 60 seconds, and be done with it. But it caused more pain, and the results were not as good. Then I realized if we slowly raise the temperature [and] do it over four minutes, the pain for the patient is a lot less, and also the results were better.

How did grilling inspire this?
Every time I wanted to sear the steaks, if I put it up to 80 degrees [Celsius], the outside would char very quickly, but the inside would not cook. But if I wanted it to be evenly cooked, I needed to have it at a lower temperature and for a longer period of time and it would be thoroughly cooked.

Where did you hear about the competition?
The [rabbi] contacted the Islamic Center [of Greater Cincinnati], asking if they would send one of their teams for the Kosher BBQ, so [the imam] asked me. It was my first competition, and it was a lot more involved than what I thought. It’s not just simple grilling of steaks; you have the brisket, chicken, turkey, and also ribs.

How involved was it?
You have to time everything, because you have one smoker and one grill, and you have four meats to do, and each one of them takes a different temperature and a different time to cook. [Also,] when you’re cooking, they don’t allow you to leave. You have to stay with your smoker, so we stayed there overnight.

Did you have to change anything since you were working with kosher meat instead of halal?
Halal meat is any animal that is hand slaughtered, and blood has to let out of the meat. Kosher requires not only that it is hand-slaughtered, but also they put salt on the meat to get the blood out. So when you cook it, you have to keep in mind that you have to reduce the amount of salt you add.

Why do you think your chicken won first place?
I never thought I was a master of chicken. Actually, one of my patients, Joseph Principata, gave me the recipe a few days before [the competition]. He’s a veteran, and his family and friends are professional chefs [in Memphis]. When I told him, he got so excited. He said, “Doc, let me get you what you need for the chicken.” The chicken turned out to be the most difficult to prepare, because when you cook it, either the skin is chewy or [you can’t] bite through. But he told me the most important thing was to remove the skin first. You take a knife and [remove] the fat from underneath the skin, and then you wrap the skin back on the chicken. Otherwise, if you leave the fat, it doesn’t let you have a bite to it. We tried it a couple days before the competition. It was so much work, but I think my surgical skills made it easier, because if you poke a hole in the skin, it won’t look even, so you have to be very precise.

What was it like being the only Muslim team in a predominantly Jewish competition?
They were all very supportive, because they had done it before, and we were a first-time team. When we won the award, everyone was clapping. In fact, Rabbi Wise, who gave the award, said, “Only in America could a Muslim team come in and take the award in a Jewish [competition]!” 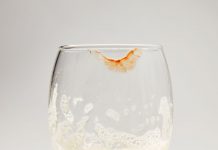 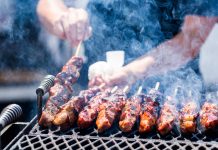 Five Finger-Lickin’-Good Festivals to Put on Your Calendar 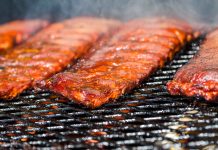 All Hail These Two Rib Masters