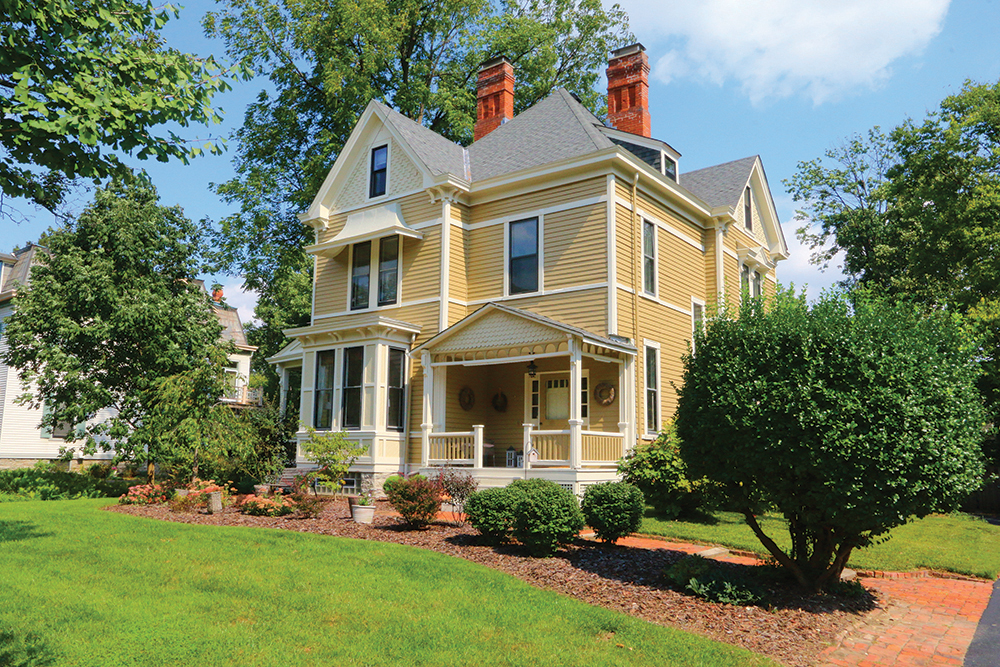 Wyoming’s growth is closely tied to that of neighboring Lockland, an 1800s hotbed of industry. Back then, many of Lockland’s business owners chose to live in Wyoming, away from the dirt and bustle of the mills and manufacturing plants they ran. Even so, no one knows exactly why this particular circa-1890 wood frame house was built.

Handwritten records at the Wyoming Historical Society show that, in 1887, a man named Robert Hosea sold the land the house sits on to flour manufacturer Gideon Palmer, who lived across the street in a brick Italianate mansion (which is still around today). But what Palmer did with this 1890 wood frame house and who originally lived here is mostly a mystery, though that same handwritten record shows he may have rented it out in the early 1900s to Albert W. Ault, president of the Ault Wooden Ware Company.

Either way, in the nearly 130 years since its construction, this house appears to have been owned by 11 different families. It most recently sold in April, when then-owners Laurent and Pascale Corbier, natives of France whose previous homes include an old fabric manufacturing warehouse in the French countryside and a historic Lisle abode once occupied by coal miners, relocated to Philadelphia for work.

During their tenure, the Corbiers opened up the space between the family room and kitchen (a 1940s add-on from another previous owner), re-landscaped much of the yard, and finished the home’s third floor. They also installed new French doors in the dining room, though they note with a grin and a shrug that such doors are not called “French doors” in France.

Now, as the Corbiers begin a new life chapter, they’ve spent some time reflecting on what drew them to the neighborhood in the first place: the local schools (two of their three children are Wyoming graduates), the walkable community, and the fact that old homes are a constant work in progress. “We like when a home’s not perfect,” says Pascale—a sentiment surely echoed by thousands of historic home owners worldwide.