As if Cincinnati needed another reason to love Graeter’s Ice Cream, on June 5 the Queen City chain opened an ice cream–themed playroom inside its Cherry Grove location in Anderson Township. Modeled after a playground built in a Columbus Graeter’s in 2001, the Cherry Grove Lil’ Pints Playroom is open to the public and features two attached party rooms. Children 9 and younger can teeter on a banana-shaped seesaw, jump off oversized Chip Wheelies, scoop fake ice cream inside a mini Graeter’s food truck, and scale a sloped climbing wall before descending a giant ice cream cone slide. There’s also a smaller slide for toddlers, and rubber flooring prevents kiddos from taking hard falls. Why install an indoor playground at this specific Graeter’s location? “It just makes sense,” says Store Manager Mandy Richmond. “Being that a large majority of our families who come in have small children, it just adds to their experience.” Parents can join in on the action or sit back and watch their little ones play from behind a viewing glass. And though this is the first playroom of its kind in Cincinnati, Richmond says a new Kenwood location might feature a Lil’ Pints Playroom, too. Can you think of a better way to sweat off a sugar rush? We certainly can’t. 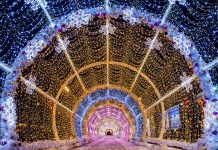 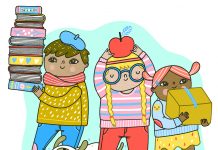 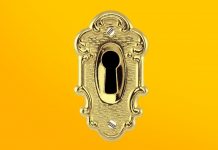