Conductor François López-Ferrer (son of the late Jesús López-Cobos) follows in his father’s footsteps at the podium of the Cincinnati Symphony Orchestra. He joined in September, tasked with leading Young People’s Concerts and assisting with the CSO and May Festival. A graduate of UC with several international conducting gigs under his belt, López-Ferrer talks forging his own path, his role, and what “classical music” actually means.

Why did you want the Cincinnati Symphony role?
I mean, it’s the Cincinnati Symphony Orchestra. It’s a major orchestra in the states and the world.… It gives you a certain position in the world of classical music, which is very difficult to make a career in… it’s a huge opportunity to learn, from Maestro Langrée, and then all the guest conductors and obviously the orchestra itself.

What exactly is the role of a conductor?
[A] great orchestra will always play at a certain percentage on their own. And then the job of the conductor here is to squeeze out that last 10 percent, or even more, and make them play 110 percent. So it requires a lot of imagination, sensitivity, communication, understanding, and getting to know their strong points, their weak points, and who needs you more than the other.

Did your father support your conducting aspirations?
He just wanted, as any father wants for a child, that they can support themselves in the future and have a nice, decent life. It is a very difficult life as a conductor. It’s difficult to make the career and then sustain it. Also, the role of the conductor is being the responsible one, artistically, emotionally, and humanly for the people around you. That’s something his passing [in 2018] forced me to do.

How would you describe classical music for someone who is timid about checking it out?
Classical music only refers to a certain point in history. Basically, we’re an orchestra of orchestral music. It’s music of whatever kind of style written for an orchestra.

What we did with Bryce Dessner’s concerto [performed in September]…it was super, super cool. That very easily could take place with the same two soloists at Northside Tavern. It wouldn’t be that big of a difference, and people would get super into it. 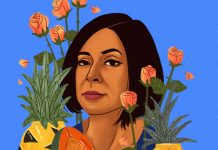 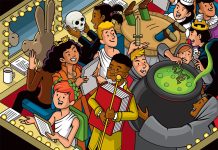 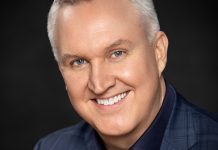