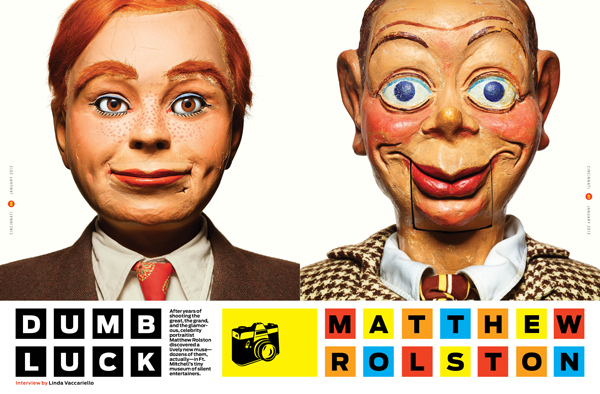 If you are a Hollywood hopeful and you find yourself in front of Matthew Rolston’s camera, you can be assured of two things. One, that your career is no longer in a holding pattern. Two, that you are going to look…fascinating.

Ever since Andy Warhol set him to work on Interview magazine, Rolston has spent his days making immortal images of iconic celebrities. Over the past three decades he has captured everyone from Depp to Dylan in portraits that are frequently glamorous, occasionally gritty, and always galvanizing. His September 2010 Rolling Stone cover of the cast of HBO’s True Blood—naked and blood-splattered—caused a sensation. So it shouldn’t come as much of a surprise that he has turned his lens to a group of seasoned local entertainers: the quiet, immobile inhabitants of Vent Haven Museum in Ft. Mitchell. Rolston has photographed the ventriloquist figures that make their home in the museum’s four small buildings for Talking Heads: The Vent Haven Portraits. The book, released by Pointed Leaf Press in December, is his first art project. It’s a dramatic departure for a man known for breathtaking magazine covers, music videos, and advertising images. Bringing Talking Heads to life was “a passion project,” he says. And just as challenging as shooting Johnny and Bob.

How did you get interested in Vent Haven’s ventriloquist figures? How did you even find out about the place?

I’m an avid New York Times reader. In 2009, I think, there was a piece in the Style section about three museums, one of which was Vent Haven. And on the front page of the section, below the fold, was an image—these colorful faces. I had no idea what they were; I didn’t know very much about ventriloquism. But I immediately zeroed in on that image and I was taken by it. I read the article and went online and looked at the museum’s website. I became a little bit obsessed with the museum’s website; I looked at it a lot. I flew from L.A. to Cincinnati just to go to the museum, and I talked with the board of directors about allowing me access to do the photographs. I just knew: I’ve got to get those faces.

It has taken a while to bring the book out.

This project for me [has been] years of dedicated effort. We did the pictures in 2010, and went back [in 2012] to photograph memorabilia. The time in between was spent building the digital files—because the kind of photography I do involves image management and a certain amount of retouching. In this case we weren’t taking away flaws, we were actually bring out texture, cracking, color variation. It was as fine-tuned as a painting, each one.

This project seems like a huge departure for you.

In many ways it is. It’s the first time I’ve done a fine arts project. My career has been photographing beautiful celebrities—entertainment portraiture, that’s what we call it. Magazine covers, advertising campaigns, always with very beautiful and fascinating entertainers. These figures are also entertainers. So in a way I’m doing what I’ve always done: making portraits of entertainers.

It’s interesting you say that, because Vent Haven has a lot of dummies that are genuine celebrities—figures like Charlie McCarthy and Jimmy Nelson’s dog, Farfel. But you didn’t photograph any of those.

It wasn’t intentional; I just went with my gut response. I looked at them as if they were human subjects and chose the ones that I felt a connection to. I didn’t feel that connected with Charlie McCarthy or Farfel. As someone who is a portraitist, faces are stories to me. This is the best lineup of faces I’ve ever seen.

You worked with Andy Warhol on Interview magazine, and it seems to me that there’s something about this project that has a Warhol sensibility to it.

I think the thing it shares with [Warhol] are that these are kitsch, or would be considered by many people to be kitsch. And Andy collected kitsch—things like 1930s cookie jars. Also, he appropriated images from pop culture into fine arts. And he was obsessed with faces—huge, confrontational faces, cropped very tightly, often with no shoulder line, just a square. On a huge scale. I gravitate to some of those things.

I understand that, apart from the book, you have made exhibition prints of these photographs, even though you don’t have an exhibit in the works. Why was it important to make the prints?

The ultimate expression of this work is not the book, it’s the prints. They’re like paintings; they’re on rag paper, very richly colored. And the prints are five feet square. It’s to examine something, to see the small thing made huge. They take on a different quality. When you stare at them…I compare it to when you look at a mandala—a Tibetan meditation diagram. These to me are mediation objects, and what I’m meditating on is the human condition. The passage of time and mortality.

You had to photograph the figures in the museum. Did that present technical challenges?

With my work, I often build sets [and] have very complicated lighting or special costumes. Here, I wanted to strip that away because the figures themselves are so theatrical. I decided I would only shoot one composition—frontal-faced. I would only use one light source, only one background—white—only one lens, one camera. I wanted to use a digital camera with the highest resolution you can have. That takes a lot of light to get the small aperture on the lens, which creates the incredible depth of field and sharpness. So you have to use strobe lights, and strobe lights take a lot of power. If I tried to plug my lighting system into Vent Haven Museum it probably would have blown up. So I had one of my crew drive a movie generator truck from New York City to Ft. Mitchell. It looks so simple, but there’s a lot of time and effort to produce something like that.

So, if you were categorizing these in conventional art terms, do you consider what you’ve done to be portraits or still lifes?

These are portraits, no question. I approached [the work] exactly as I do when I photograph humans: to instinctively find a moment of connection. I truly love these figures; I know them as people. There is history that comes out, that you can feel. I feel very protective of them. Many people have said to me—the cliché reaction—“Oh, they’re creepy, they’re scary.” Not to me. They were like children; very dear and wonderful creations. I think that one of the things that happened in my relationship with the people at the museum is they understood I felt that way. And of course, they feel that way. 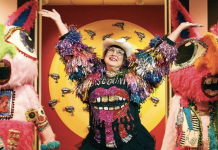 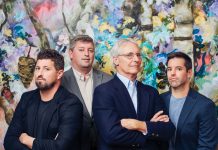 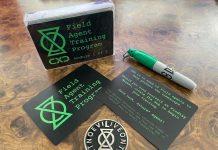