Wine? Bourbon? Whiskey? Starting this week, you can take your pick of liquors and have all of the alcohol you could want with these new tasting events. 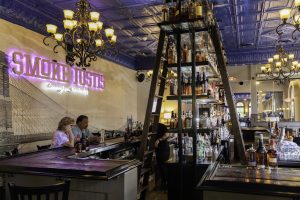 John G. Carlisle Bottled-in-Bond (BIB) Competition and Celebration
Whiskey fans from across the tri-state can revel in food, drink, and a little bit of a history lesson at this celebration. Sponsored by the Northern Kentucky Visitors Bureau, the inaugural event offers guests a four-course tasting menu from Smoke Justis and blind-pour guided tasting of four of the best BIB whiskey varietals from around the country. It’s named for the Covington native who pushed the Bottled-in-Bond Act through Congress in 1897. The act required the aging and bottling standardization of spirits, like whiskey, as a way to guarantee that consumers were buying the real deal (and not say, paint thinner). Guests will hear about Carlisle’s fight to give Kentucky an edge in what would become one of its signature industries. Tickets are $40 per person. 6-8:30 p.m., March 3. Smoke Justis, 302 Court St., (859) 814-8858, smokejustis.com 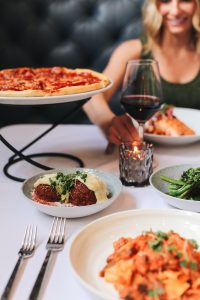 Lytle Park Hotel’s Wine and Food Series
This month, the upscale downtown hotel plans to wow guests with its amazing cuisine and celebrated wines as part of its new wine and food series. Subito Executive Chef Joseph Helm will provide a four-course meal paired with tasty vino from wineries throughout the country. The event, which hopes to attract everyone from the novice to the most experienced wine connoisseur, had been on the back burner for the last couple of years due to the pandemic. Learning about new wines and spending time with fellow wine loves? What’s not to like? Tickets are $150-$175 per person. 6:30 p.m., February 24 (Far Niente), March 10 (Bordeaux Region French Wines), March 24 (Taub Family Vineyards), April 21 (Trinchero Family States). Lytle Park Hotel, 311 Pike St., downtown, (513) 621-4500, thelytleparkhotel.com 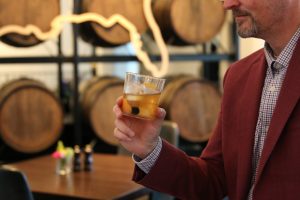 Hotel Covington’s Bourbon Tasting Series
Bourbon enthusiasts rejoice! This Northern Kentucky hotel wants to give you the chance to sample some of Bluegrass State’s finest new and rare spirits at an affordable price. Mitch Wetenkamp, the mixologist and bourbon steward at the hotel’s restaurant, Coppin’s, and featured experts will be on hand to walk participants through some of Kentucky’s most treasured spirits. Unfortunately, there’s one unicorn you won’t get to taste—the coveted Pappy Van Winkle event that took place on Feb. 10 was already sold out before the series was even announced. Better luck next time on that one! Tickets are $100 per person. 5-7 p.m., Feb. 24 (Antique Collection), March 10 (Old Forester), March 24 (Michter’s Distillery), April 10 (W.L. Weller), April 28 (Private Barrel Selection). Hotel Covington, 628 Madison Ave., Covington, hotelcovington.com