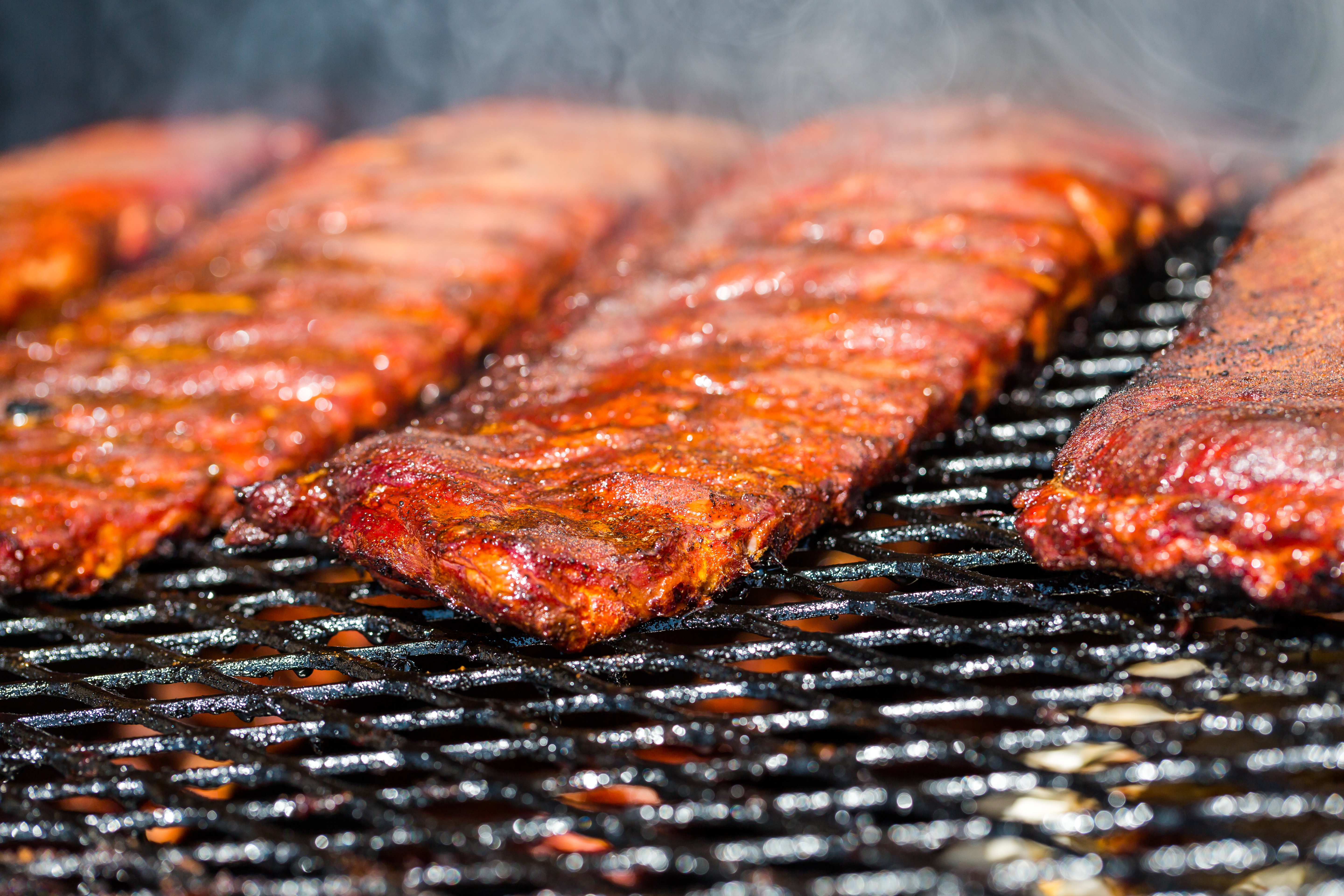 These local legends aren’t exactly the epitome of traditional barbecue, but we must acknowledge their longtime dedication to the genre’s juiciest, messiest offering. For more than 65 years, these classy joints have bibbed more celebrities than Gerber and hosted more family celebrations than any tristate backyard. Roll up your sleeves and join us for a stroll down Cincinnati’s sauciest memory lane.

Slathering the ribs since… 1951

Whose signature sauce is boss? You decide. Sweet & Tangy Original: This stuff is seriously sweet and undeniably Cincinnati.

Origin Story A Windsor, Canada, native raised in the hospitality industry in Detroit, Ted Gregory may have had the business acumen to become The Rib King, but it was his wife Matula who first whipped up that famous sauce.

Hey, that’s not an Inn! At the corner of Montgomery Road and Shelly Lane (before the city dubbed it Ted Gregory Lane) sat McCabe’s Inn, which also wasn’t an inn. Gregory worked at the then-rural restaurant/saloon/ice house/pony keg until he and his wife purchased the business in 1951.

But are they smoked? Yes and no. The original pork loin back ribs are slow-roasted in the oven. Hickory-smoked St. Louis–style spare ribs were added to the menu in 2016.

Slathering the ribs since… 1942

Whose signature sauce is boss? You decide. Walt’s Signature Secret Sauce: Not too sweet, with noticeable allspice and clove.

Origin Story Founder Walt Ballanger bought the restaurant, then sold it just 16 years later to his neighbor Bill Melton, who ran it until 2008. Longtime fans Bronson Trebbi and Donny Arnsperger bought Walt’s in 2012 and continue the operation today.

Hey, that’s not a Hitching Post! A log cabin once sat at the intersection of what is now Kyles Lane and Kentucky Route 17 and served as a hunting lodge in the early 1900s. Two sisters purchased the site during the Great Depression, naming it after its remaining cast-iron hitching posts.

But are they smoked? Yes! Ribs are smoked on a hickory fire and then finished in the oven.