Hematology is the study of blood disorders, so it’s very broad. On one end of the spectrum, it can be benign, like someone comes in with low blood count, anemia, iron deficiency, blood disorders, or blood clots. And the other end of the spectrum is malignant hematology, where’s there’s actually a cancer in the bone marrow or the blood-forming elements, like lymphoma or myeloma or acute leukemia.

The study of hematology has been around for a very, very long time. Back in the 1930s and ’40s, we figured out this patient had a bad blood disease, but there was nothing we could do for it. Kids were developing leukemia and would literally die from the disease in a month or less because we didn’t have anything. Since then it’s evolved into really complicated chemotherapy regimens, using pretty complex molecular genetics and analysis. A kid now who has a certain type of [common] leukemia can be cured, which is pretty impressive.

Hematology and medical oncology used to be separate, but several years ago they realized that there was so much overlap between the two fields. Especially with malignant hematology—bone marrow cancers, multiple myeloma, lymphomas—where it’s basically like a liquid tumor instead of a solid tumor such as breast cancer or pancreatic cancer or lung cancer.

I think precision medicine, personalized medicine in hematology and oncology, is kind of where the future is headed. Something that’s really cutting edge right now is this [cancer] treatment called chimeric antigen receptor (CAR) T-cell therapy—basically harnessing your body’s T cells, which are part of your body’s own immunity, and using that to target the cancer. It’s available here in town—it’s a pretty intense treatment—but patients who have relapse leukemia or lymphoma, who have failed traditional therapies, have had some really good results with CAR T cells when historically they would not have been able to be treated with anything else.

It’s just a very rewarding career. There are trying days and, sadly, we have bad outcomes. But I think the patients are amazing. They’re going through really difficult diagnoses. Being able to offer them cutting-edge therapies is super rewarding.

To me this science is like no other specialty. There’s always something new being FDA approved and developed. The drug pipeline in hematology and oncology is amazing, especially for malignant hematology [with] CAR T cells and a lot of new drugs to treat leukemia based on molecular findings. In benign hematology, the treatments are a lot simpler. If you have anemia, intravenous iron has evolved a little bit. [For clotting disorders, instead of] Coumadin, or warfarin, [where you have to] watch what you eat and do blood testing, now you just take a new drug once or twice a day and you’re done. It’s been a nice development in the last five or six years to make patients’ lives a lot easier and get equivalent results. —As told to Lisa Murtha 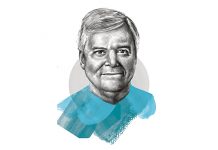 Vascular Surgery Clears a Path in the Veins 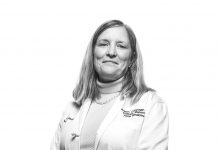