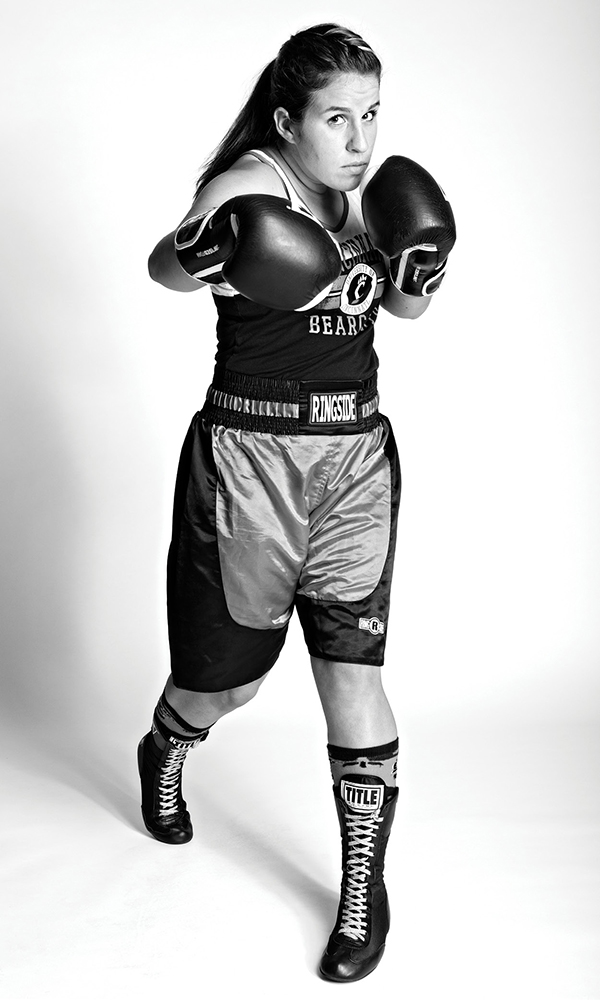 “I’ve tried a little bit of everything. You name a sport, I’ve probably done it: swimming and diving, gymnastics, basketball, soccer, karate.

The summer before my senior year of high school I was like, I don’t know if I want to dance anymore. I think I want to box. It was totally random. I didn’t see a boxing match. I think I just wanted to do something completely different from dance.

Aside from my brother, I had never, ever punched somebody. It was so weird when I first started.

The last fight I had [in August], that was the biggest a-ha moment I’ve ever had. I’ve had bits and pieces where I’ve had that clarity, but the entire fight, I knew what I wanted to do. I knew what she was throwing. I could see her bad habits. I thought, This is what boxing is. I’ve had pieces of it, but I never had it for an entire fight. It was the coolest thing.

The sanctioned fights will be a big deal for us. That’ll be a huge project because you have to apply for sanctioning and pay fees, so we’ll have to do fund-raising. I have all these tasks and I try to delegate from there. I do everything, but I delegate too.

I got my hand raised after winning the national championship, and it’s the craziest feeling of relief and excitement—every awesome emotion washes over you. I’ve said it a million times, but all the hard work, the blood, sweat, and tears you put into training and everything else is worth it for the 10 seconds of that awesome feeling. And I got an awesome championship belt.”