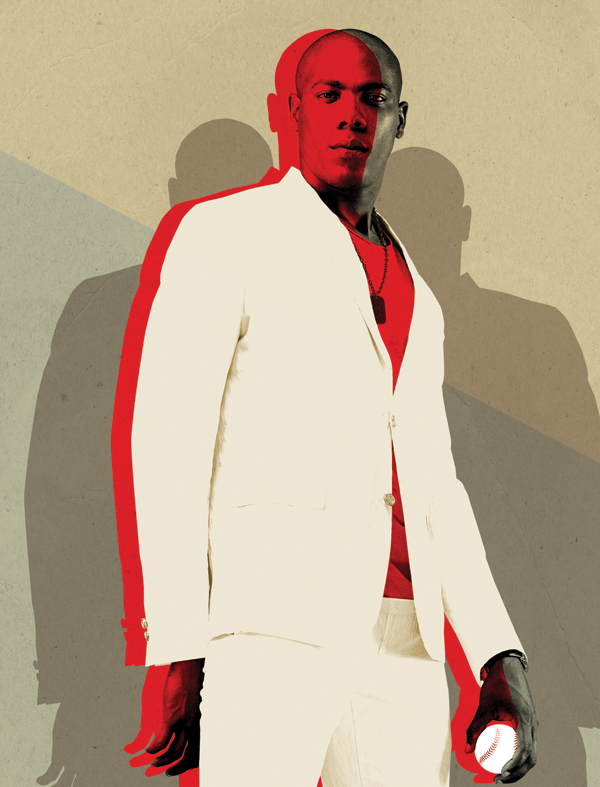 At this point, I’m assuming Cincinnati Reds manager Dusty Baker could care less about fans and baseball analysts questioning his coaching style. (That, or he’s completely oblivious; either way, it’s of no consequence to him.) Reds fans have made groaning about Baker’s day-to-day lineup management the city’s new favorite pastime, and how Baker handles his club—he’s known as a “player’s manager,” makes decisions on gut instinct and “feel,” leaves pitchers in to get out of their own jams, ditto for hitters and slumps—has oft been a point of criticism among the media. The man has been successful in spite of those traits, making it difficult to classify them as faults. I’m sure if you asked him about it straight up, he’d happily direct your attention to the Reds’ two NL Central titles in the last three years, before sardonically asking how many the team won while the last handful of managers were at the helm.

For that reason, it shouldn’t be surprising that Baker has buckled himself in as driver of the “Aroldis Chapman should remain a closer” bandwagon. Doesn’t matter who agrees or disagrees—be it fans, analysts, or his boss and general manager Walt Jocketty.

Enquirer beat reporter John Fay reported yesterday from spring training that Baker isn’t exactly giddy about the starter/closer limbo Chapman apparently finds himself in at the moment, with Baker telling Fay, “That’s unfair to him or us — the situation he’s been put in. He was in that same situation last year…I’d like to make a decision in the next week or so, so I can get my team together. The decision is not only mine, it’s ours. But I got my opinion.”

What felt like a done deal just a few weeks ago, Chapman’s move to the starting rotation hit a snag for the second straight spring. Last year, it was the result of injuries in the bullpen that sent Chapman to a relief role, despite going 2-0 with a 2.12 ERA and 18 strikeouts in 17 exhibition innings as a starter in Goodyear, Arizona. This year, the confusion is coming from every possible direction.

As any semi-intelligent person can gather, there are two sides to the Chapman argument: move him to starter, or leave him as the closer. Baker’s pro-closer comments come on the heels of Chapman’s own admission to USA Today’s Jorge Ortiz that he prefers the bullpen, and there are no shortage of teammates, league sources, and statistics suggesting that same preference.

Though none of that may hold much clout with the man in charge remaining clear on what he prefers. Jocketty hasn’t waivered on his desire (and intent) to see Chapman in the starting rotation, regardless of whether it puts him at odds with his manager or players or even pitching coach Bryan Price, who’s doing his damndest to sit squarely on the fence.

Plus, the majority of statistics and baseball analysts/stat nerds seem to back Jocketty’s vein of thought. Eminent baseball writer Joe Posnanski recently went in-depth on the value (or lack thereof) that closers bring to the mound, discussing how teams with the lead in the 9th inning finish victorious 95 percent of the time…and have done so since the 1940s. “I just find it fascinating that no matter how much everyone tries to fiddle with the last inning of a game—closers, match-ups, specialists, pinch-hitters, whatever else—those overall ninth-inning win percentages just do not move,” Posnanski writes. “I would guess that teams with great closers having great years might help a team squeeze an extra win or two in a season. Maybe. But I do wonder if all of the ninth inning tactics are about as useful as rearranging furniture.”

This all goes back to the statically-based gospel that closer’s are generally overrated, even earning its own commandment: Thou shalt not pay for saves. This becomes more prescient when you have a hurler like Chapman, who was originally groomed as a starter all along. Why trot him out there for 70 random innings—contingent on how the rest of the team performs in the eight innings prior, and in games that are statistically won 9.5 times out of 10—when you can hand him the ball 30 times for 150-200 innings a year? Why keep the most feared and powerful pitcher in the game in a limited role? If you were dating Mila Kunis, I bet you wouldn’t hide her in your house every time your friends invited you out.

For an organization like the Reds, it’s even more imperative that they give Chapman a chance to start. A small market club can’t afford to fork over $30 million to a now 25-year-old Cuban prospect/prodigy if they plan to relegate him to late relief. Jocketty brought in Aroldis and his fireball heater to have a leftie thoroughbred at the top of his rotation, not to clean up for Jonathan Broxton and Sean Marshall. If an NL Central banner is the peak the Reds are hoping for, then fine, leave Chapman to run in for the 9th. But I’m betting that Jocketty, Baker, and Reds fans are gunning for a little more than that. If Aroldis can continue to exert his dominance and tap into his potential as a starter, that’s one giant step towards the ultimate goal.

This, however, is also the best argument against moving him to the rotation. It’s not about how good Chapman was as the closer, but rather the possibility of him crashing and burning as a starter, and subsequently imploding any chance to contribute in a beneficial capacity. We’ve already witnessed him hit bumps in the road from both a physical and mental standpoint as a reliever, and Craig Fehrman did a fantastic job in our March issue delving into all the ticking time bombs and cavernous pitfalls Aroldis could face moving forward as a starter or reliever. A move will also come at the expense of last year’s five-man rotation, which featured four guys who threw over 200 innings and the fifth eclipse 175, none of whom missed a start due to injury. A repeat of similar health and good fortune is unlikely, but either way, you’re disturbing a rotation and bullpen makeup that allowed the fewest runs in the NL—in a hitter-friendly park, no less. And as this SI.com post notes, factor in Chapman’s lack of pitch diversity in the past (85 percent four-seamers), his inexperience tempering his velocity or facing a lineup more than once per outing, the mixed results overall with pitchers moving from relief to starters, plus the bevy of other red flags we just ran through…there are plenty of reasons not to take the risk.

But high risk, high reward. Leaving Chapman in the bullpen is safe and productive, yet you never get to see if he can reach his potential, never get to fully capitalize on your $30-million investment, never get to witness just how high his ceiling can climb. For all we know, that bullpen is confinement, not refuge.

I’m with Mr. Jocketty. I’d prefer to give Chapman a shot and risk regretting the outcome rather than regret never giving him the opportunity at all. But Dusty Baker doesn’t care what I think, and there are plenty of others that will argue his side, too. So I guess we’ll see. As ESPN’s Jerry Crasnick wrote, “That’s the great thing about baseball debates: They always play out on the field.”

If it can make through the front office first, that is.

Illustration, from our March 2013 issue, by John Ritter.