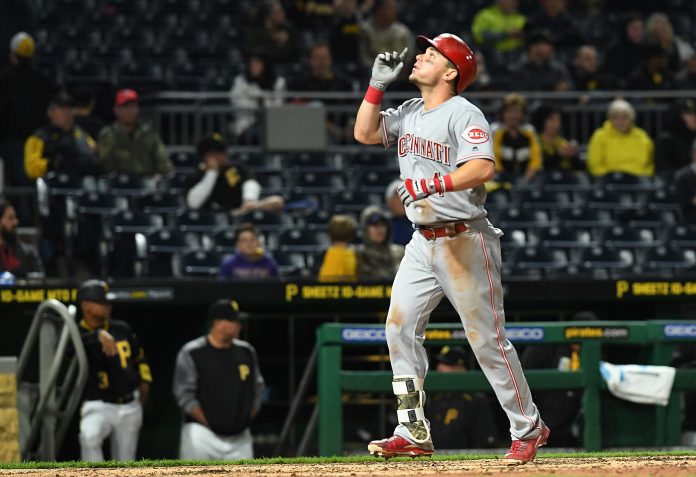 The first-place (FIRST-PLACE!) Cincinnati Reds are now two weeks into the season, and what a fortnight it has been: A record of 8-5, including a sterling 5-1 away from Cincy, and with the Cardinals sitting in last place, if you needed more reason to smile.

With an abundance of new players joining some familiar faces in the Reds clubhouse, this seemed like a good opportunity to craft a comprehensive Reds Player Power Rankings. (H/T The Boston Globe.) Let’s count ‘em down!

Hey, maybe the Reds should keep this guy around for a while?