With visions of the Cincinnati Reds’ calamitous 2014 season still fresh in my mind, I would be lying if a slice of me didn’t feel like Kevin Bacon attempting crowd control near the end of Animal House while I wrote this piece. I canvassed the inner reaches of my soul in an attempt to discover whether I believed that the Reds’ window to win is closed.

After YouTubing hitting and fielding clips of Eric Davis and completing a handful of meditation sessions—one of these acts is true—I decided that there’s reason enough for me to believe the Reds window to win has NOT closed.

I think the Reds are chasing respectability and sustainability, wanting to fully erase the memory of the 2000s (one winning season, zero playoffs berths) with a philosophy that stable, non-big market franchises adopt: replenish the organization’s young talent yearly with optimized scouting, lock up young stars with team-friendly extensions, and add from the outside when necessary.

There’s a strong argument to be made for bottoming-out and hitting the restart button with an eye on 2017 by trading away Johnny Cueto, Mike Leake, Aroldis Chapman, and possibly others. But, that’s not how the Reds are wired. Owner Bob Castellini has opened up his checkbook in recent years—though whether that was a prudent move in particular cases is certainly up for debate—with the idea of presenting a consistent winner on the field year after year. With over $400 million in future salary attached to Joey Votto, Homer Bailey, Brandon Phillips, Jay Bruce, Todd Frazier, Devin Mesoraco, and Raisel Iglesias, the Reds simply cannot afford for their window to win to have closed. And let’s not forget, just about all of the aforementioned players shouldered major roles in the Reds winning 91, 97, and 90 times in separate seasons over the last five seasons.

Over the next few years, the Reds can win with the players I already mentioned, but they need to continually infuse the roster with young talent and allow that youthful brilliance the opportunity to not only blossom, but to learn from failure—something the organization has done with each of their recent homegrown stars and should continue to do with players like Iglesias, Billy Hamilton, and Michael Lorenzen. The Reds must also find a way to locate gifted young hitters—Jesse Winker excluded—to complement their impressive arsenal of young arms. (In MLB.com’s recent ranking of the Reds’ top 10 prospects, seven were pitchers.)

I will concede that the Reds’ margin of error has shrunk and continues to contract, largely because the National League Central has improved dramatically since the Reds claimed their surprise division title in 2010.

The Cardinals, who have reached the National League Championship Series in four successive seasons, have been consistently great since what feels like the inception of the National League in 1876. Invigorated by one of the majors’ best farm systems, the Pirates are coming off back-to-back playoff showings. With three winning seasons, an NL Central crown, and an NLCS appearance in the last four years, the Brewers have proven to be a yearly threat. Though the Cubs have improved negligibly on the field since Theo Epstein became the chief decision-maker in Chicago’s front office in October of 2011, the organization has amassed an incredible volume of young offensive talent, so get your annual Cubs jokes in early this season. (I mean, have you seen Mike Schmidt—I mean, Kris Bryant—this spring!) Also, let’s not forget how much of a bummer it was for the Reds that the Astros moved to the American League prior to the 2013 season; Cincinnati was 29-16 against Houston from 2010-12.

In a sports industrial complex that increasingly promotes polarity, the Reds failed to pursue an all-in or all-out strategy this offseason, choosing to sell modestly (Mat Latos, Alfredo Simon, Chris Heisey) and add modestly (Anthony DeSclafani, Marlon Byrd, Burke Badenhop) without appreciably affecting the ceiling or floor of the team. The Reds remain talented enough to win 90 games for the fourth time in six seasons, but Cincinnati will need to follow a specific formula in order to reach that benchmark.

Sure, the Reds’ window has been pushed down a bit. But considering the amount of talent the franchise possesses, it’s certainly not closed.

Grant Freking is a co-editor for The Ohioan and also contributes to Redleg Nation. He can be reached on Twitter or via email at gfreking@gmail.com. 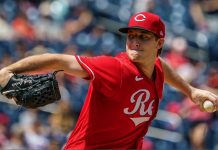 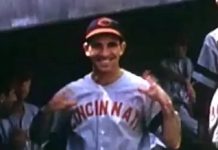 The Sad Story of Willard Hershberger