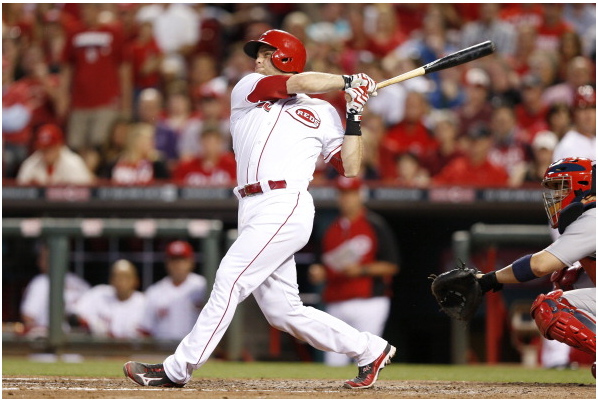 Pull up a chair, friend. Let me tell you a story about one of the best ballplayers my little corner of west-central Pennsylvania has ever produced. Come with me back in time and down that winding stretch of US-119, to the first time I ever saw him play…

Exit Interstate 80 at milepost 97. Welcome to DuBois, my surprisingly bustling travelers hub of a hometown. To get to Punxsutawney, home of Phil and the beginning of this yarn, head for 219 South, out past the Dairy Queen and the line of auto dealerships. Greeting you at the entrance to Sykesville is the Rhododendron, the county’s finest (and only) strip joint—Peaches, the one-armed stripper, is a story for another day. Hit the gas and resist the temptation for now. Next are the villages of Stump Creek and Big Run and then, finally, the Land of Groundhog.

It’s one of those early-spring evenings where the golden hour paints everything in soft lighting and makes life feel like a Norman Rockwell painting.

Memory may be playing its tricks, but the way I remember it, the slugger is swinging a baker’s dozen bats in the on-deck circle. Biceps bigger than Paul Bunyan’s and shoulders wider than his pet ox, he steps into the cage.

Word spreads around the park like wildfire, hopping from the concession stands to the tailgaters in the parking lot. The crowd lines the fence, sons on fathers’ shoulders, straining for a glimpse. Scouts in ballcaps representing clubs from the NL East to the AL West ring the top step of the bleachers, notebooks in hand.

The first pitch is lined into to right, the second to center, the third to left. Another cycle through the outfield follows, then he takes off the training wheels.

CRACK—a high-looping fly over the fence in right. CRACK—a laser-beam to dead center. WHAM—the next one gets yanked inside the left-field foul pole.

The grand finale might still be hanging somewhere over Breezewood on its way toward the Maryland line. Believe you me, friend, that ball went 500 feet if it went a mile.

Every baseball-mad enclave in the country has its folk heroes—the smaller the town, the taller the tale.

Ours is Devin Mesoraco, prospect/project/future for your Cincinnati Reds.

Just how small a world is the greater Clearfield/Jefferson County metropolitan area?

To get back in touch with Devin, I put in a quick call to my dad, who works over Rockton Mountain in Clearfield. Ten minutes later: Why yes, one of his co-workers knows the Mesoraco family well. Just jog his memory that your fathers used to coach Little League baseball against each other and he’ll get right back to you.

I was a junior at nearby DuBois Central Catholic that fateful spring day back in 2007, Mesoraco’s senior year. His memory of that period is considerably more…uh…grounded.

“Going into (my senior) year, I didn’t really realize how many scouts would be at the games,” says Mesoraco. “I was committed to the University of Virginia and that’s where my focus was—getting a college scholarship.

“But I started the year off pretty hot and there ended up being a whole lot of scouts at the first game. From there, it was more and more and more—the momentum was building as far as me getting drafted pretty high. It was something that I didn’t expect. It just kind of snowballed.”

By the time draft day rolled around, there were rumblings that he could go as early as the No. 4 overall pick to (what qualifies as) his hometown Pirates. Instead, Mesoraco went 15th to the Reds, and legend has it that his old man quit his job and bought an RV the day Devin put pen to that signing bonus. The inevitable clash between small-town hype and cold-hard reality came shortly afterward.

“I don’t think people realize how hard it is to actually make it to the big leagues,” says Mesoraco. “You think when you get drafted that it’s just a matter of time. But it’s very challenging. You have to really be mentally tough.”

The grind through the system—the long bus rides to outposts like Peoria and Dunedin and Fredrick—tends to get glossed over in the re-telling.

A region’s dreams can weigh you down, no matter how broad those shoulders.

For every Sparky Lyle—the southpaw who grew up in nearby Reynoldsville before winning the 1977 Cy Young while pitching with the Yankees—there’s a Jim Pittsley, the 17th pick in the 1992 draft out of DuBois High. A 6-foot-7 bull of a starting pitcher, he made it all the way to the big leagues by age 21 but retired with seven major league wins, a 6.02 ERA, and a name remembered most for his role in a 1998 brawl between the Royals and Angels that resulted in 11 suspensions. And even then, for every Jim Pittsley, there are the multitudes who don’t get remembered at all, lost in the minor-league labyrinth miles from the bright lights of Fenway and Great American.

The myth allows for little nuance. The romance of 500 Punxsutawney natives carpooling together for Mesoraco’s first appearance in Pittsburgh rarely considers the man that has to step into the box and deliver on his early promise.

“For me, the pressure is already built into the game,” says Mesoraco. “The pressure is going out there and getting a two-out RBI off a good pitcher. There’s already enough pressure to put any more on yourself.”

It’s been four years since Mesoraco got his late-season call-up, making the short drive from Triple-A Louisville with his parents. No word on whether it was in the mythical RV.

The 2014 campaign always felt like it would be a pivotal one for the young catcher, even before the Reds traded away prospect Yasmani Grandal and veteran Ryan Hanigan over the last few seasons to clear a path for Mesoraco’s everyday role behind the plate.

“I think the vote of confidence from the front office and the coaching staff has really allowed me to just go out there and not worry so much,” says Mesoraco. “Not think, I have to do this, or, I have to do that. Just go up there and try to do my job and let my abilities play.”

Despite entering the year with a career average of just .225, Mesoraco has been on a tear this season, currently hitting .360 with 20 RBIs, 6 home runs, and an OPS of 1.073, even after spending a chunk of the young season on the disabled list. (His first at-bat off the DL, by the way, was a three-run homer in a win over Philadelphia on May 16.)

There are still echoes of a similar hot start just a few years ago, when scouts and crowds flocked to a small town in Pennsylvania to catch a final glimpse of the burgeoning local legend.

“I was just out there playing ball with my buddies,” says Mesoraco, thinking back. “I wouldn’t say that [the attention] phased me at all.”

He doesn’t seem all that bothered by the continued expectations, either—back home or elsewhere—nor by the pressure to reach his potential as a former top draft pick. Mesoraco is more concerned with the minutia: First, improving his defense, then identifying the mechanics that have powered his offensive hot streak this season, and finally figuring out how both of those can further impact positive scoreboard outcomes for the Redlegs. Those legendary days are simply that now, the earliest pages in a journey we can only hope is a far from finished, but one that has to start somewhere.

Pull up a chair, friend. Let me tell you a story about how ballplayers are made behind the scenes, in front of big crowds in small towns, about how thin the line is between those who make it and those who don’t.

We’ll get to Peaches eventually.