Home Sports Baseball Bryan Price: Should He Stay or Should He Go? 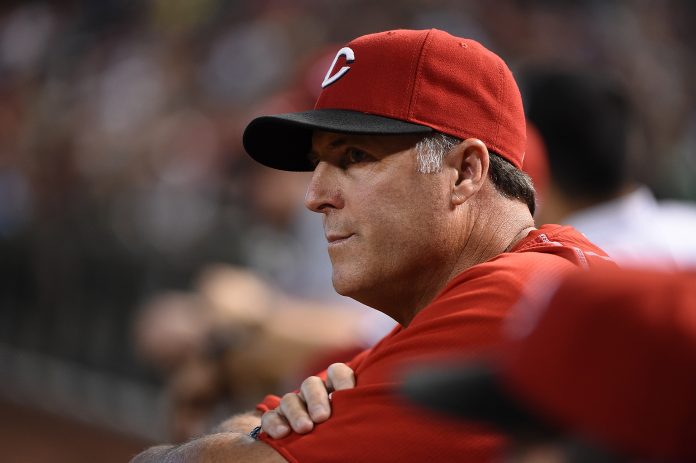 Let’s pretend for a moment that it’s late-October, and I’m the General Manager of the Cincinnati Reds. (First, take a moment to recover from the horror of learning that the Reds have handed GM duties of your favorite club to an unqualified baseball writer.) One of the big decisions I’ll have to face this off-season is regarding next year’s field manager of the club. Bryan Price’s contract just expired at the end of the 2016 season.

In other words: Is Bryan Price going to be fired as the manager of the Reds?

Over the All-Star break, my predecessor in the GM position, Walt Jocketty, had this to say about Price: “I think he’s done an excellent job. This has been a tough first half for anybody, but especially the manager trying to field a competitive club every night and piece together a pitching staff that has been broken most of the year and trying to keep everyone’s spirits up…I think the guys are still playing well and still playing hard and that’s a big part of what he’s responsible for.”

Well, Jocketty is gone now (or at least, he’s moved up the chain and is no longer calling the shots day-to-day, as will happen in reality after this season), and I have to decide whether Price should be brought back in 2017. Picture it: I’m along in my corner office. The telephone is off the hook, the computer is shut down, my cell phone is turned off. I want no distractions, and besides, I’m getting tired of Joel Luckhaupt calling to tell me he has a great knuckleball and wants to try out.

I ask myself: What are the arguments for and against bringing Price back in 2017? Time to pull out my trusty legal pad and a pen, and begin making a list of pros and cons.

Arguments in favor of bringing Price back in 2017:

Let’s scrawl a line down the page and make another column, shall we?

Arguments in favor of firing Price:

Take a look at those lists, and make your decision. Here are our three options:

Time to make the big decision. First, let’s mark #1 off the list; no way Price is getting a multi-year extension. So, as the GM of the Reds, I choose…to bring Price back for 2017.

If that’s what the Reds choose to do, it’s very likely to be an unpopular decision. If you were to scroll through the Twitter mentions for Redleg Nation on most nights, you’d see that there are a lot of very vocal Reds fans who think Price should have already been fired.

And you know what? There are very good arguments that Price should be fired. Yes, he has had certain roadblocks (players traded away, injuries) placed in his way, but Price certainly hasn’t done anything to distinguish himself as a big league manager, has he? It’s likely that no one will argue if Price is fired. No one will complain. Few will come to his defense.

But what’s the point? What does firing Bryan Price accomplish?

Well, from a PR standpoint, firing him might signal to a beaten-down fan base that things are going to change around here. I suppose there’s some value in that. But if you’re going to fire Price, you’d better be able to get the right guy in here to manage the Reds in 2017 and beyond.

And that’s why I’d bring Price back. Who is going to volunteer to manage the Reds next year? This is likely to be a bad team again in 2017; do you think top-shelf managers are going to be lining up to take the job? Why would they?

Barry Larkin? Give me a break. Larkin is too smart to take over right now and risk his legacy in Cincinnati.

The Reds have a long-term plan in place, and the prospects are starting to emerge on the big-league scene that will be the cornerstones of the next good Reds team. The Reds will need someone to manage them. If Dick Williams (the real GM who will make this call) can go out and get the manager who can lead the team into the next window of competitiveness, he should absolutely do it. If he knows the next Sparky Anderson, by all means: fire Price and hire that guy.

That’s what it comes down to: Can you get someone better to come in and manage a team that has lost 90-plus games for two consecutive years? Because you can certainly get someone worse.

That’s what I worry about. Price is what he is. He’s probably, at best, an average manager. Price has his faults, and I can’t sugarcoat that. But I lived through the Bob Boone era. I watched guys like Jerry Narron and Ray Knight bumble their way through miserable seasons. You don’t like the way Price handled Chapman? Well, good luck finding a manager that will do it differently; 95% of major league managers (or more) handle their bullpens similarly.

In many ways, Price is a generic, cookie-cutter big league manager. No, he isn’t Sparky Anderson or Bill McKechnie or Fred Hutchinson…but he’s better than Bob Boone and Ray Knight. If you think you can improve on Price, you’d better make sure it’s an actual improvement. And I’m very skeptical that the Reds can convince anyone better than Price to come take over the club in its current state.

Most likely, Bryan Price isn’t going to be the manager of the next playoff contender here in Cincinnati. So the Reds should present him with a one-year contract—which I’m guessing Price will be willing to accept, since he doesn’t have other big league managerial opportunities knocking down his door—and see what he can do with next year’s team.

Who knows? Maybe, just maybe, with a full roster that is starting to fill up with actual talent, we’ll gain a better idea of what Price can do. Maybe he’ll prove up to the job. Since the All-Star break, with healthy players (and some of the new young guns), Price’s Reds have certainly been fun to watch, if nothing else.

Or maybe Price will just keep the seat warm, and help some young pitchers develop in the meantime. Then the Reds can conduct a search for a new hotshot manager to take over a 2018 team that should be on the verge of being pretty good.

I’ll happily imagine myself in that role, too.