The decision to become a parent is daunting for anyone. For parents considering adoption, the decision to love and care for a child for a lifetime can also come with an additional upfront monetary investment, reams of paperwork, probing background checks, and months or years of waiting. It can involve integrating a new child into existing sibling relationships. It can mean helping a child overcome trauma that led to separation from their birth parents. It can also be an incredibly reward- ing gift to parent a child and give them a home. Like parenting generally, it can be hard—and entirely worth it.

Families considering adoption can go multiple routes, through agencies for domes- tic or international adoptions; fostering, then adopting; or sometimes adopting independently. According to Florence-based adoption attorney Jennifer Dusing, the legal process varies depending on the route a family takes.

One benefit of working with a reputable agency when adopting an infant domestically, notes Dusing, is that staff from the agency will work directly with the birth mother, which can reduce instances of fraud. (The internet is full of horror stories of hopeful adoptive parents who had run-ins with women who only pretended to be pregnant, or were pregnant but never intended to place the baby.) Yet, Dusing warns, birth mothers “always have the opportunity to change their mind, until the point that state law mandates otherwise.” Many agencies will have a clause in writing concerning what happens if the match falls through and whether agency fees could go toward another placement.

The Public Children Services Association of Ohio notes that there has been a 23 percent increase in the number of children in the custody of Ohio’s child services agency, surpassing 15,500 kids—a jump largely due to the heroin epidemic. Teresa Davis from Lighthouse Youth & Family Services suggests many families considering domestic adoption might want to first consider fostering. Among the benefits of fostering first, notes Davis, is that it “gives you an opportunity to really get to know that child” before plunging into adoption.

At the start of each process is an extensive background check and interviews for all family members in the home, going over sensitive topics including any infertility issues and motivation to adopt. If parents choose to foster first, the child can come to live in the home after the background checks are completed and a match is made. The birth parents of children in foster care still have their rights, and the child could be returned to the parent or a family member up until the parent’s rights are legally terminated. (Priority is given to family members over foster parents.) It can take between one and three years to transition from fostering to adopting—however, once the birth parents’ rights are terminated the adoption can take place right away, because the child has already been fostered in the home.

With adoption (without first fostering), if the county agrees to the match, there are progressively longer visits to get to know one another, then a six-month period of living in the home before the child can be legally adopted.

Much as your friends and family might want to celebrate your new adoption of a toddler or young child with wild displays of welcome—a surprise party or piles of gifts—some experts suggest a “cocoon period,” even up to a month of at- home connection and bonding for each year the child has lived outside your home. (As much as work schedules allow, of course.) However, it’s never one size fits all.“You have to do what fits the child coming into the home,” suggests Becky Story, Lighthouse Youth & Family Services licensing specialist. An older or more social child may want to get out and go. A shy child could feel overwhelmed simply meeting your extended family all at once, so it could be best to help that child get to know the rest of your family one at a time.

Many older children will first come into the home through fostering—in which case the original placement may be on an emergency basis—or for a six-month stay prior to adoption. In either case, if you can, it’s best to have a room ready that is warm and inviting with a comforter and stuffed animal that are suitable to the child’s age. “You don’t want it to feel like an institution,” says Story, but you also don’t want to be too specific in tastes so that the child perceives,“Wow, this is what they want me to be?”Give the child somewhere cozy to settle in, but then as you get to know one another ask,“What do you like?” It could be cars, firetrucks, flowers, specific movies. Once settled in, let the child choose a few items—perhaps a new bedspread or some posters—to personalize their space.

When welcoming a child to a home with other children, “It’s kind of like introducing a new biological child into the home,” Story says. You need to prepare other children, have constant conversations about how much you love them and that growing your family will be a positive experience. Let them know whatever you can about the new child—favorite colors, favorite activities. Once in the home, make sure to treat your adoptive child the same as other children already in the home, in terms of house rules, chores, and sleeping arrangements. If your other children have their own rooms on the same floor, your adoptive child should too.“You don’t want to do anything to make the new child feel isolated,” warns Story. There’s a double benefit to equitable parenting—it helps avoid feelings of jealousy among other children and establishes a sense of routine and structure for the adoptive child.

Attorney Jennifer Dusing, an adoptive parent herself, notes that “most white adoptive parents who adopt outside of their race really are naive and have no idea that it would be an issue to people.” It can be a huge wake-up call to experience racism directed at your family.

For Vicki Diller, her path to adoption—through foster care—began with an openness to take whatever child was placed with their family. Her adopted daughter is now 3, and awareness of difference mostly comes through a toddler’s lens: noticing her friend “matches” her mom—brown and brown—while she and her mother don’t match in color, but are brown and white. Instead Diller focuses on finding unifying similarities: her friend and her mother love each other, and so do Diller and her daughter. She frequently tells all her kids, “I love you exactly the way you’re made.” Diller has taught her daughter she had a different “belly mom,” whom they honor each year with notes and a balloon release on her daughter’s placement day, but that the Diller family is her forever family. Together they live in a neighborhood where her two Caucasian birth sons are typically the only white kids at the playground or the pool; their preschool is incredibly diverse; and they’ve gone out of their way to make friends with transracial families. She suggests adoptive parents of children from different racial or ethnic back- grounds not be afraid to ask humble questions—she has a circle of friends who coach and guide her on how to care for her daughter’s skin and hair. In response to weird looks or rude questions, they teach their kids: “This is the right thing for our family. This is the best way God could have made our family look.” She adds, “The most important thing we can do is say that in front of our daughter.”

Zach Vander Veen and his wife Renee adopted their children, now ages 14, 13, and 11, when each was 6 years old. The couple had always been open to adoption and when they found out they weren’t able to have kids biologically, Zach says, “It really wasn’t a hard decision for us.” Zach spoke Spanish, and they both had a history working with Latino kids, so they settled on adopting children from Colombia. Theirs was a relatively fast international adoption process—matched within two years, in Colombia to meet their two daughters after another six months or so. The girls were part of a larger family: A couple in Mississippi adopted two siblings, and Zach’s brother and sister-in-law adopted another two. While the Vander Veens were in Colombia, their new daughters’ youngest brother was also placed in protective services. So after another two-year process, they were back in Colombia to adopt him too.

“Adoption is always a traumatic experience,” he says. “It falls on a very wide spectrum, but even if it’s a baby being adopted, there’s still the trauma of not being with the biological mom.” Especially in cases with older children, like theirs, “They’re being adopted for a reason. They came out of a really bad situation.” It’s been rewarding but he admits, “it’s not rainbows and lollipops. It’s a lot of work.” He considers his family lucky to live in a place with tons of support, including Cincinnati Children’s International Adoption Clinic and trusted counselors. This support and constant work on building a “toolkit” for their emotional lives has required effort, but also means “our kids are going to be exceptionally well-prepared for adulthood, because they’ve had so many tools put in their toolkit,” he says.

Today, open adoption is far more common than in prior generations. According to the U.S. Department of Health and Human Services, children may do better in open adoptions because it allows them to better understand their family background, the circumstances of their adoption, and ask questions as they come up throughout life. This might mean an opportunity for some sort of relationship, or simply letters or photos shared between the child and birth parent once a year or through a mediator (an attorney or case worker). In infant adoption, these terms can and should be agreed upon even before the child is born. 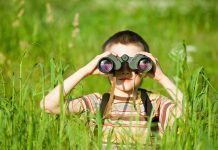 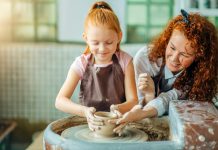