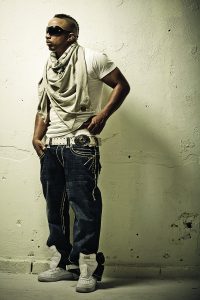 Beneath the baggy shirts and eye-covering hats of hip-hop choreographer Shane Sparks, you’ll find a down-to-earth showman. A slew of recent projects have garnered him mainstream attention: winning an American Choreography Award for the 2004 flick You Got Served; judging MTV’s Randy Jackson Presents: America’s Best Dance Crew; and contributing as a hip-hop choreographer for Fox’s So You Think You Can Dance. But three things bring him back to visit his hometown: family, the Cincinnati Reds, and Skyline Chili. We asked Sparks, who spent much of his youth in Price Hill and College Hill, how he got to the top and what’s brewing for his future. His answer? A lot.

Your visibility and popularity has just skyrocketed over the last couple of years. What’s the spotlight been like?
It’s been amazing. I walk down the street and all these kids and parents stop and tell me, “You’re such a big inspiration.” I want all these kids, all these dancers, to know that there is a future in dance. It’s not just something you do to get on somebody’s video or shoot a movie, but you can make a career out of it. That’s my main goal. That’s the biggest compliment that I can get, when I see these kids from all over the world saying that I inspired them and gave them hope.

When you were starting off, did you think that a career in dancing would ever be possible?
Never in a million years. All I knew was I loved it. When I was going through drama, when I felt like something was going wrong in my life, dancing always was there for me.

I heard your career as a choreographer started by accident. Is that true?
Yeah. When I had my first crew—me, Chris Tyler, and Keith Spurling—Keith was the choreographer, and he went into the Marines and left me and Chris here at home. When he left, we formed a [singing] group and went to L.A., but the group fell apart. I had to rely on what I knew: I went back to dancing. I was at a studio called the Millennium [Dance Complex] for a hip-hop class. I hadn’t really heard of a hip-hop class. We learned everything on the street, so to go to a class to learn was weird to me. I watched these classes every day for months, and then one day this girl said to me, “Would you come teach the class? Our teacher is late, and you look like you can do hip-hop,” because I had on my baggy pants, and my big shirt, and my baseball cap pulled over my face. So I walked in there and I started doing the choreography and then the teacher comes in. He made me his assistant. Then he left for two weeks, and said, “I’ll be back. Take over my class.” And he never came back. So I took over his class, and one thing led to another. I started [the class with] five kids, then 10 kids, then 20, and so on. And to this day I still hold the record for having the biggest class in Los Angeles at the Millennium.

Then what?
That led me to You Got Served and to doing Brandy’s first video. It led me to so many different things in this industry—So You Think You Can Dance, America’s Best Dance Crew, 90210, American Music Awards, BET Awards, the MTV Movie Awards, and now Dreamgirls.

What were you like back in high school? You went to Aiken, right?
Yes, ma’am. I was the shy, quiet type. The only time you really saw me do my thing was when I was on the [football] field. I was a tailback, and I remember when I got the ball for the first time, and all the seniors were like, “Oh my God, look how quick this little boy is!” I was so short, and they weren’t expecting me to be so good. But when I got to be a senior, I was still only five-foot-four and everyone else had grown up to be six-foot-one. So, it was like I was destined to be a dancer.

Is your family still in Cincinnati?
Yes, ma’am. I came to Cincinnati a couple months ago to do a dance competition and everybody made me feel so warm. I miss Cincinnati.

What do you look forward to doing when you’re back in town?
My favorite thing in the world is Skyline Chili. As soon as I get off the plane, I go straight to Skyline. I wish they had Skyline all over the world.

What do you order?
I get the three-way chili. No beans, no onions. And I always get three cheese coneys [with] extra cheese and extra crackers.

So You Think You Can Dance has been such a success that they added an extra fall season last year. What does this say about dance in mainstream culture?
This dance thing is not just a fad. We’ve been doing it for years, and it finally got out. Everybody finally got a taste of it, and it’s just taking over. It’s sexy and everybody loves it.

For readers who aren’t familiar with SYTYCD, describe your role on the show.
I started out as a choreographer, then stepped up to judge. Now I only do choreography for the show, since I judge on America’s Best Dance Crew.

And you received an Emmy nomination for choreographing SYTYCD’s Season 3 Transformers dance routine with Lauren and Pasha. Were you expecting that?
No. It was crazy to me. It was the first time I wore a tuxedo. [Laughs] I went and bought a $3,000 tuxedo—Armani—and never wore it again.

What’s the most difficult kind of dancer to teach hip-hop style?
Ballet. They’re so straight up and down. Their posture is so strong that it’s hard for them to relax.

What is it about hip-hop that’s unique and hard to teach?
The style of dance that I do, it’s from the soul. I can teach you the choreography, but being able to express yourself from the heart, you’ve got to develop that on your own.

I tried your hip-hop instructional videos on YouTube. You’re a great teacher…but I’m a white Midwestern girl from the suburbs. Could you ever teach me hip-hop?
Everybody needs to understand that dancing is so many different things. You don’t always have to be popping and locking and spinning on your head to be considered a dancer. So first, I would teach you how to feel the beat. And once your body starts to move to those counts and those sounds and those beats—that’s when I’d start putting it to choreography.

How’d you land this gig?
[Director] Robert Longbottom actually called my agent and asked me if I was available to do it. I would’ve never thought to do this. “I wanna do Dreamgirls”—I never said that in my life. When he called me, I was a little intimidated. But he convinced me. He was like, “This is gonna change your life as a choreographer, so you need to get on board.”

The style of dance that you’re doing for Dreamgirls, what would you call that?
I don’t even know what you would call this style. Even when you look at the original Dreamgirls, some of it was street, some of it was just like Broadway dance style. So I kept the same feel, but I added my stuff on top of it. Like the icing on the cake. It’s more isolations, more concepts. They let me do whatever I wanted to do with it, so it’s so different from what you’ve ever seen on a stage show.

What’s your next project?
Besides going right back into working on both dance shows, I’m working on my own TV show that’s going to be so significant to the dance world. I’m also dropping an instructional and fitness DVD. An online video game is in the works, too.

Sounds like you’ll be busy. Any hints about the upcoming TV show?
This show is called Shane Sparks Needs an Assistant. It’s going to teach dancers how to survive in the dance world. They will learn what we as choreographers need and expect. I want to do a show that teaches the dancers, rather than uses them for their talent. That’s all I’m saying for now.