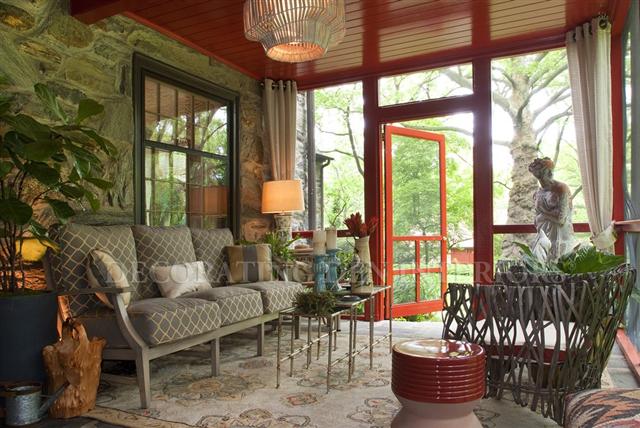 Sort of. More precisely, it’s a thing invented by local interior designer Erika Lee when she was 10 years old. (“Invented” might be an overstatement, but we Googled it and nothing came up.) On a weekly basis, young Lee would rearrange the furniture all over the family house. Many moons later, in 2008, she opened her own branch of the national franchise Decorating Den Interiors and brought room twirling to the masses. Well, to greater Cincinnati. She offers a variety of services from flooring and lighting to window treatments and upholstery, but decided to include room twirling as a personal touch. “It’s bringing out people’s personality that they can’t see for themselves,” Lee said.

The twirling process goes something like this: Lee consults her client on how they would like to use the room, clears it of clutter, hunts down furniture and other decorations from all over the house, and then rearranges everything to—ta-da!—transform it. Unlike full-scale decorating, twirling isn’t about buying new stuff. It’s using what’s already there in a new way. “They’re not seeing [the room] with the fresh perspective I am because they look at it every day,” Lee says. “But I’ve never seen it before.”

Lee frequently uses older pieces that she finds tucked away in storage to add new dimension to a room. “If people are holding on to things for sentimental reasons, I want to put those things in a place of honor,” she says. But she cautions against keeping old furniture out of guilt, because when it’s displayed “it brings negative energy with it.” Fair enough. Maybe she can take a whack at our closets next?