It’s not often that a house has a twin but this one does, right next door. The backstory on the late 1800’s / early 1900’s inhabitants of both homes is priceless (kudos to Digging Cincinnati History’s Ann Senefeld for finding it). 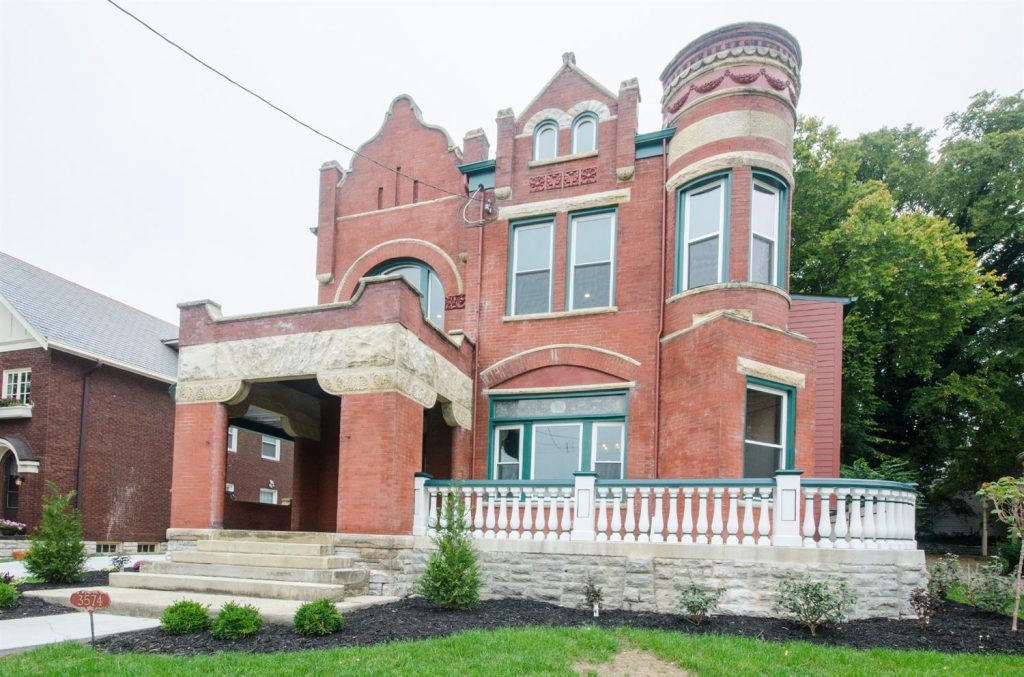 As the story goes, the homes were built for members of the same family – a mother and one of her daughters. The daughter occupied this home with her husband, William Voigt, who was the second-generation head of a wallpaper company. According to two different Cincinnati Enquirer stories from 1907, Voigt, who also seemed something of a philanderer, eventually gave up control of the family business after disappearing for months. The last known sighting of him was in an elevator downtown, where he was summarily beaten into submission by a “good-looking woman” armed with a suitcase and claiming to be his wife. 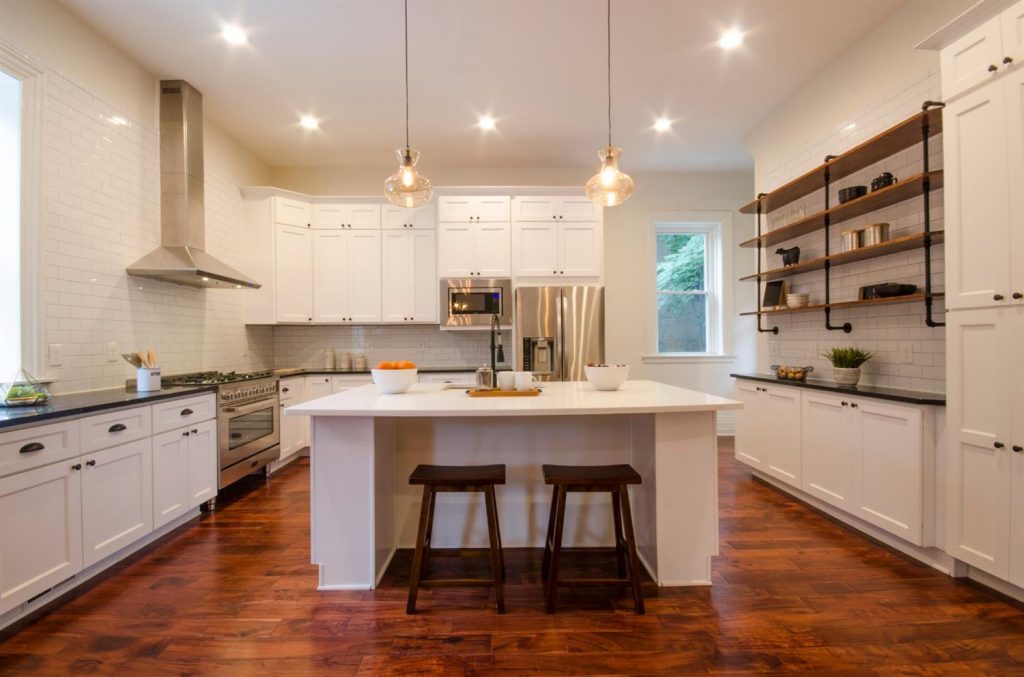 Writer Alyssa Brandt featured the former Voigt home in Cincinnati Magazine once before, in 2015. Back then the exterior was covered in ivy and many of the interior walls were clad in a green embossed wallpaper the homeowners identified as Lincrusta, a waterproof wallcovering designed by the inventors of Linoleum to mimic ornate plasterwork (Our guess? Before he ran away, Voigt’s wallpaper business had something to do with acquiring the material, which made its way to the US right around the same time this home was built). 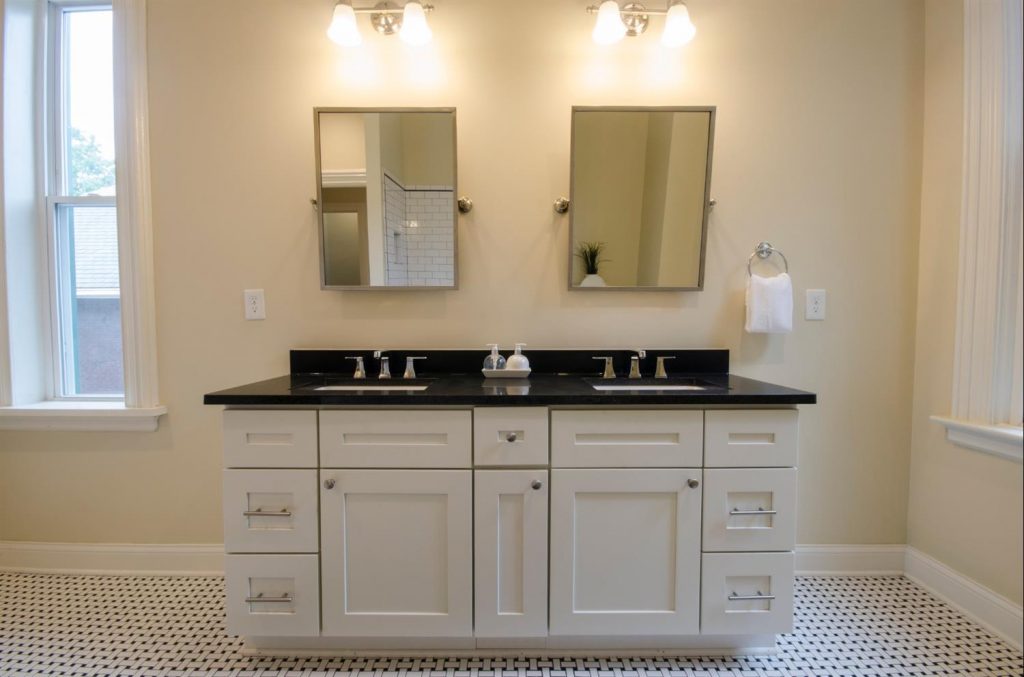 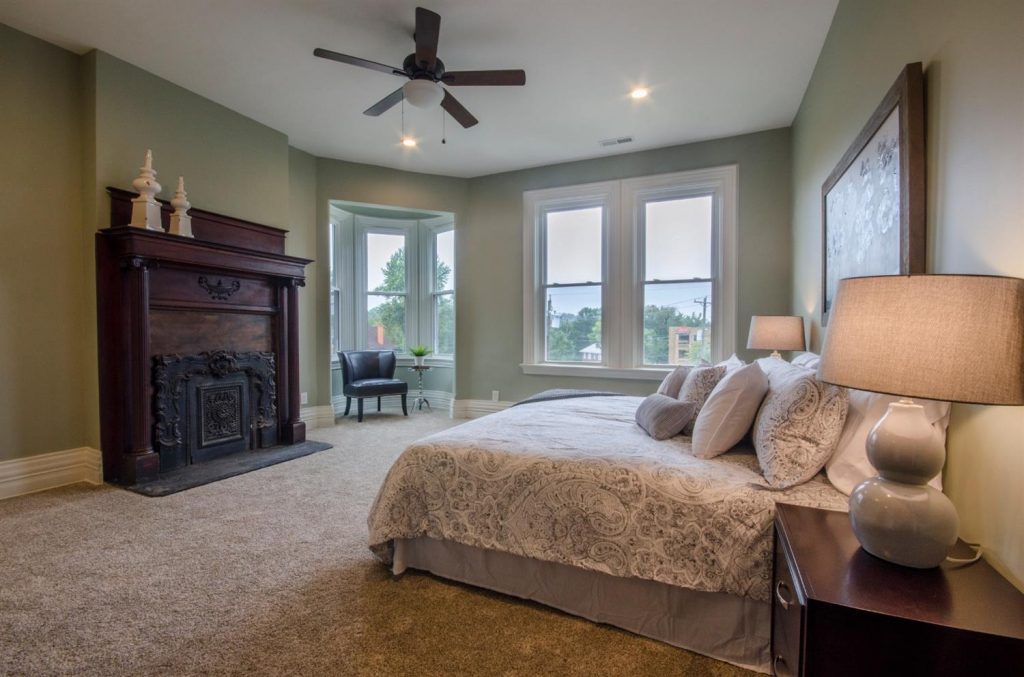 Today, the 148-year old home has been brought charging into the 21st century with a sleek, open kitchen, beautifully updated but period appropriate bathrooms, hardwood floors and a huge third floor bonus room with wet bar. The ivy’s long gone, but the Lincrusta’s still there, now painted a neutral shade of cream—a fantastic reminder of the home’s storied past.

CLICK THROUGH OUR GALLERY FOR MORE IMAGES OF THIS PROPERTY: