When the pandemic emptied streets and slowed economies, it temporarily reduced global carbon emissions by 7 percent. But economic woes also scuttled hopes of reducing annual carbon emissions by the annual 7.6 percent needed, according to the World Meteorological Organization, to ward off the most catastrophic effects of climate change. Then, in September 2020, a team of scientists from the U.S. and U.K. noted similarities between the pandemic and the climate crisis. The effects of both are delayed, they noted, leading to skepticism and inaction. And their effects compound, multiplying rapidly. Such similarities, they suggest, mean the pandemic holds lessons for tackling the climate crisis. 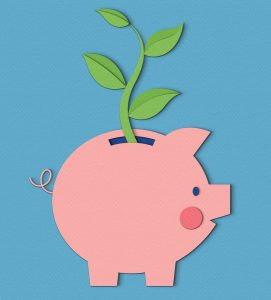 There’s no substitute for early intervention.

A study by Columbia University found that 36,000 lives could have been saved if social distancing measures had been put in place just one week earlier. How many more lives can be saved from displacement, hunger, and worse if we take immediate global action to avert the worst of the climate crisis? Because the clock is ticking on the window to avoid warming the planet by another crucial 2 degrees Celsius.

You don’t have to go there to be there.

We learned to telecommute during the pandemic, says Oliver Kroner, manager of the City of Cincinnati’s Office of Sustainability. And that, he says, “is arguably a climate strategy. If you eliminate the daily commute, if you eliminate flights required for business travel, there are certainly climate benefits.” With transportation being one of the biggest producers of greenhouse gases, representing 29 percent of U.S. emissions in 2019, less travel puts a big dent in carbon released into the atmosphere.

When Kroner and leaders of regional nonprofits spoke about “Community Partnerships in Sustainability” at a recent UC Center for Public Engagement With Science event, the disproportionate impact climate change is having on lower income Cincinnati neighborhoods was a big part of the conversation. These same neighborhoods suffered more from COVID and its complications. So one byproduct of the pandemic, Kroner says, is “increasing focus on community environmental health.” That includes green space, urban heat issues, and air quality, indoors and out. “We’re at a stage where we can look back and ask, Who was vulnerable to this crisis? The climate crisis is presenting that parallel path where we have a better understanding of how it will impact certain pockets of our community,” Kroner says. The University of Cincinnati, Green Umbrella, Groundwork Ohio River Valley, and Adaptation International have partnered with the city to develop neighborhood Climate Equity Indicators.

Decarbonizing our economy can deliver more than jobs. It’s an opportunity to incorporate much-needed systemic change with environmental and social benefits. Just one example from the Green Cincinnati Plan’s 80 recommendations: our energy equity program, aimed at overcoming the high energy burden carried by Cincinnati’s poorest neighborhoods. The program offers consultations and funding for energy efficiency upgrades in multifamily and rental units, historically overlooked by similar programs targeting single-family homeowners. Upgrades could save residents up to 50 percent on utilities and reduce our region’s carbon footprint.

We can do this. And we must.

“The pandemic has shown we’re capable of rapidly adjusting our behaviors when the health of our community, families, and selves is on the line,” says Ryan Mooney-Bullock, director of regional sustainability alliance Green Umbrella. The effects of our activities aren’t as far removed as we thought, she says, and that should give us a sense of urgency to move beyond our divides to “recognize that we can make choices every day that decrease our greenhouse gas emissions, improve air quality, and create a healthier, better quality of life in our communities.”

The pandemic tells us this: We separate our own health from that of others, and of the planet, at our peril. This is real. And it’s happening now.