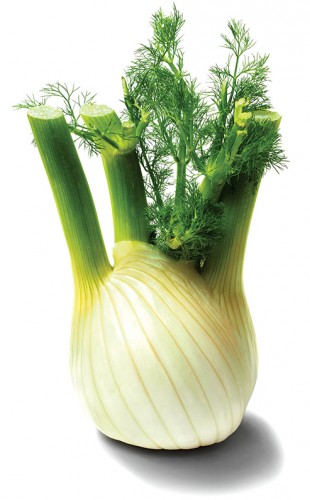 Best recognized as a key component of bouillabaisse, fennel has stepped into the spotlight in the last few years as a chef favorite for early spring menus. Julie Francis, chef and owner of Nectar in Mt. Lookout, prefers the bulb—its piquant crunch pairs well with both sweet and savory elements. Uncooked, it tastes distinctly like black licorice, but sautéing it lends a milder finish. “The more caramelized the fennel is, the better,” says Francis, who pairs this simple preparation with a Tunisian-inspired chicken entrée.