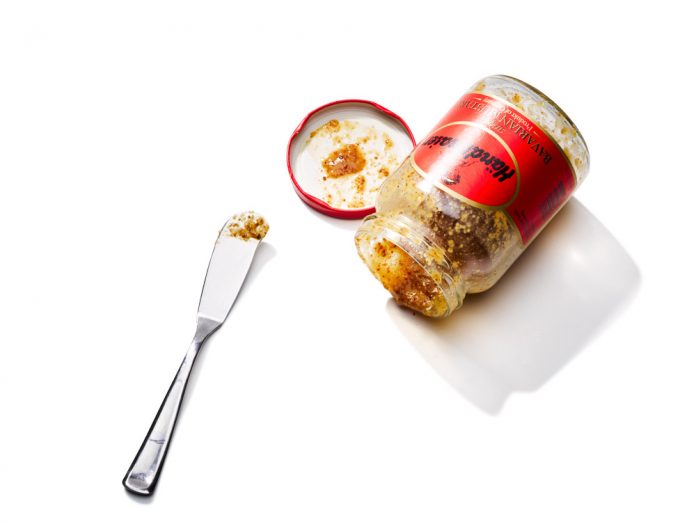 Your pickle relish doesn’t have a following. And it’s not like Heinz 57 gets people out of bed on a Saturday morning to sing its praises. But Händlmaier’s mustard is another story altogether, a condiment unlike any other. It’s been made in the German town of Regensburg since 1914; the fan club there just celebrated its 100th anniversary. Ten years ago a Cincinnati native planted a sister seed here, and yellow has been spreading across the seven hills ever since.

Lana Morton, president of Händlmaier’s Cincinnati fan base, tries to explain: “In Bavaria there’s a traditional breakfast that’s not like an American breakfast—it’s a white veal-based sausage called a weisswurst. It’s served with sweet Bavarian mustard, a pretzel, and wheat beer. That is exactly what our club is based on.”

Bad news for shoppers—you can’t get Händlmaier’s at Kroger, and Jungle Jim’s carries just one of the numerous varieties. You can, however, try it when the club meets up at Mecklenburg Gardens on the second Saturday of every month at 11 a.m. Members tuck into an all-you-can-eat buffet (now’s your chance to try weisswurst!) for $11. Newcomers are always welcome. Cost to join the club is only one Euro.

“We’re a fan club—we are absolutely all social,” says Morton. They march in the Bockfest Parade, participate in Oktoberfest, and, naturally, have a self-designated Mustard Man who wears a yellow unitard—undoubtedly the ideal outfit in which to eat mustard on a Saturday morning.