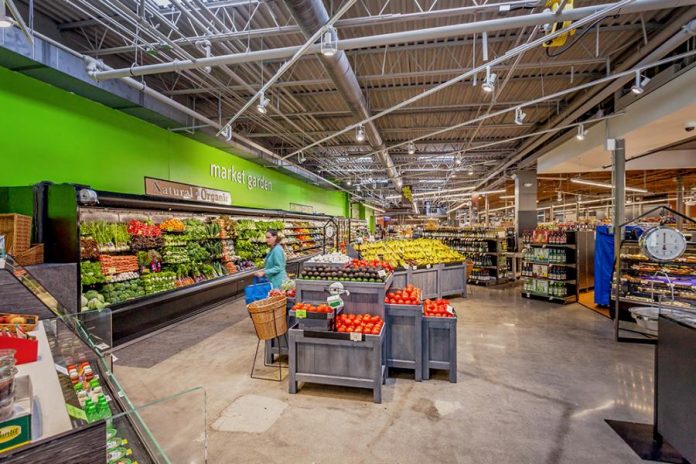 The Clifton Cooperative Market on Ludlow Avenue has officially been open since late January but the evolution of my neighborhood co-op continues. As a member, I go multiple times a week, sometimes multiple times a day, and the thrill, to contradict B.B. King, is not gone. I get a charge when I walk into the colorful entryway with its café seating and see the equally colorful and well-stocked fresh produce area nearby (hello, dandelion greens!). Then there are the shelves full of local beers such as MadTree, Rhinegeist, and Christian Moerlein, with what seems like a fresh addition each week.

But Clifton Market’s doors didn’t open overnight. Conceived as a co-op, it took a village: community members bought shares, loans were secured, and the old Keller’s IGA—which sat vacant for six years—was renovated. The work wasn’t done when it came time to stock the shelves.

Store manager Keith Brock had his own surprise when initial deliveries arrived from the primary distributor. Prices had been set far higher than expected. After some intense negotiations with another distributor, prices have settled down and are competitive with other area grocery stores. According to volunteer board member Marilyn Hyland, with the exception of a short period (when the opening of the Corryville Kroger and University of Cincinnati’s spring break coincided), the market has seen increased traffic and sales each week.

Friday happy hours went from 25 neighbors enjoying food and beverage pairings throughout the store to 50 people the next week to 100 the next. Also according to Hyland, there were 1,700 individual share owners at opening. In the co-op’s first week of business, they sold 50 additional individual shares (which are still available for $200 each) and raised $10,000 more in share revenue. Owners are eligible for a year-end dis- tribution check depending on how much shopping the member did and the health of the market.

Of course, anyone can shop at Clifton Market. The board is also intent on creating a thriving social space with events for all ages. The market, says Hyland, “is only limited by what we can’t invent.”

Pro Tip
Friday evening is prime time for the freshest picks since that’s when the market gets both fish and produce delivered for the weekend. At the meat counter, ask for budget cuts like bottom round, perfect for your Sunday braise, or ground chuck, for burgers to grill out on the deck.