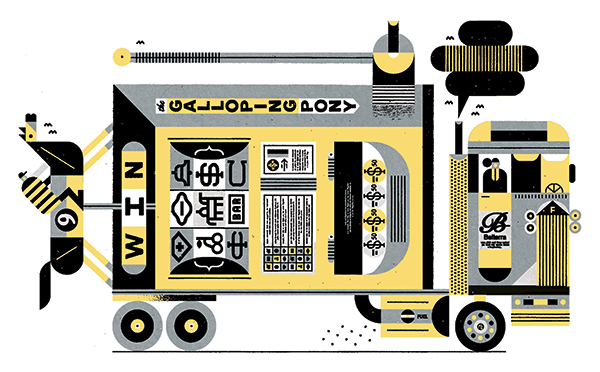 I was ready to spit and curse with the grizzled railbirds, and I knew they’d be kvetching about how perfect the old River Downs racetrack used to be. I was set for soliloquies glorifying the charming little-engine-that-could (or at least tried-really-hard) race track that sits flush against a bend in the Ohio River in Anderson Township. This is where Seabiscuit and Kentucky Derby winner Black Gold once ran, and where 16-year-old jockey Steve Cauthen—who in 1978 became the youngest jockey to win the Triple Crown—scored the first win of his career. The stories run deep and fast, like the river that flows past it.

Only that’s not what happened when I visited the Belterra Park Gaming & Entertainment Center on May 8, its first day of live Thoroughbred racing. There were a few curmudgeons along the rails, griping about the good ol’ days at the track, but the grounds were mostly flooded with flip-flop-wearing families and beer-toting revelers—including some neophytes taking in their first-ever live horse race. There were also returning patrons, there to see what the new digs had to offer. The buzz was a mix of good and bad reviews; grumblings that the 4,500-square-foot grandstand is less grand than it used to be, and fussing over the new paddock layout, which caused significant bottlenecking of pedestrian traffic as people swarmed into the tight area to watch the horses be saddled for each race. But there was plenty of oohing and ahhing over the new facilities, too.

The non-horsey types were wowed by the casino’s 48,000-square-foot gaming floor, where 1,500 video lottery terminals mesmerize onlookers with whirring wheels of psychedelic neon colors, madly spinning jackpots, and clanking bells and whistles. But what the general public might never see are the behind-the-scenes improvements that new owner Pinnacle Entertainment has made, including the 17 new barns on the backside, the 3,375-square-foot jockeys’ quarters, or the two new dormitory buildings for backside employees. “Pinnacle spent a lot of money on things like the barns, trying to make them right for the horses and the horsemen,” says veterinarian John Piehowicz, who has worked at River Downs since 1995 and started at the track as a groom 28 years ago. “There’s much more of a partnership with the new ownership, and that’s significant.”

While River Downs used to run horses from May through Labor Day, the new track—about 150 yards east of the original site—will have live racing on Thursdays through Sundays in an extended season that started in May and will stretch into October. Add in the increased purses and the return of the “Best of Ohio” series—a local version of the prestigious Breeder’s Cup—and suddenly Belterra Park is a much more attractive place for top talent. “The purses have at least doubled, and that number is likely to go up,” says Jeff Greenhill, a leading trainer at Belterra who has stabled horses at River Downs for years. “I love the old River Downs—the history, the nostalgia—but we were running for purses that you couldn’t make a living on.”

Not everyone on the backside embraces the changes. “Management was more laid-back and family-like before, where everybody knows everybody; now it’s all corporate,” says Kelly Sohoza, who has worked on the track’s backside for 30 years, currently as a groom for trainer Barbara Riley. “The new barns are nice and all, but we’re shoved in there pretty tight. General opinion is some changes are good, others not so much. We’re still getting used to it all.”

River Downs was suffering the slow death that is playing out at numerous tracks around the country—like Turfway Park, just across the river, which is struggling to survive against the rising tide of racinos. Although purists might wince, the racino model might be the key to salvaging horse racing in smaller markets like ours. “Racinos are saving Ohio racing—for now,” Greenhill says. But he worries how long the support will last. “I’m concerned that at some point the casinos will ask themselves why they’re spending all this money to operate this track when they could just squeeze in more slots instead. Are we horsemen the unknowing Trojan horses that are helping get the casinos into the cities, and is there raping and pillaging ahead? I’d be lying if I said I wasn’t worried.”

I’ve returned to Belterra Park several times this summer, and for now at least the changes seem welcome. You can still bring the family down to this pretty little racetrack by the river, park for free, catch a good breeze at the top of the grandstand, or stand right by the rail at the finish line as the horses fly down the homestretch.

“And by the time September and October roll around and we’re still racing—I can just imagine this beautiful place with the leaves turning along the Ohio River…it will be absolutely magnificent,” Greenhill speculates. “It makes me want to stay.”

Illustration by Raymond Biesinger
Originally published in the July 2014 issue