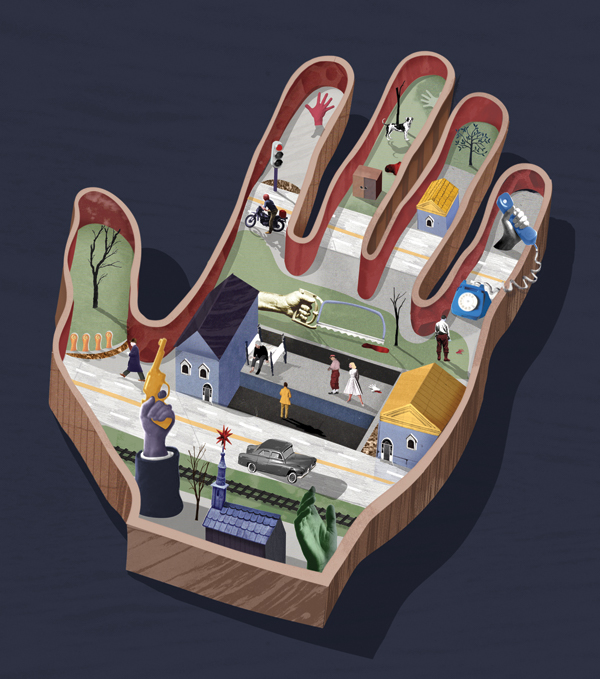 It’s a dim, dank afternoon in early winter, and Kevin Crowley and Carol Brammer—veterans of the local theater scene—are surveying the basement of a Ludlow Avenue apartment building, explaining plans for their coming productions. Crowley needs a dumpy joint where dissolute characters can curse, rant, and hurl racial invectives and detached body parts. Brammer requires a place where apple-cheeked cherubs can lisp lines from Aladdin. What they have here—dark-walled and divey-feeling, with stage lights bristling from the low-slung ceiling—seems to fill the bill for both of them. Although, Crowley admits, “I do need a window [for an upcoming production]. I don’t know if that’s feasible.”

Welcome to Clifton Performance Theatre, where the phrase “lowered expectations” refers not to the talent but to the location: a half-flight down, below the Tudor Court Apartments. Three years ago Brammer—a CCM grad with a background in musical theater and elementary education—leased the space, remodeling it for the children’s acting classes, workshops, and musical productions she stages. A year and a half ago, she was joined by Crowley and others looking for a place to do the kind of plays that, they say, aren’t getting exposure here. And—not coincidently—to create opportunities for directors and performers who are, as Crowley says, “frustrated that the theater scene here seems to look to New York.”

The 53-year-old Columbus native grew up in Cincinnati but spent most of his adult life in other acting meccas—first Chicago, where he worked with The Second City and Steppenwolf Theatre, then in Los Angeles, doing film and television—before he returned to Cincinnati in 2006. Like lots of bounce-backers, he moved for family reasons. His father, Cincinnati City Councilmember David Crowley, had been diagnosed with cancer; relocating allowed the two to spend time together before his father’s death in 2011. Besides, he says, “I wanted a place to raise my kids that wasn’t L.A.”

With that decision came the challenge of finding work in a city where acting gigs are limited and roles are often cast out of the Big Apple. Audiences here have seen Crowley onstage at Playhouse in the Park and Ensemble Theatre, but he’s also had to make things happen for himself. Last year, Crowley was “looking around for a place to do a show,” when he learned about Brammer’s rathskeller-ish digs. Cathy Springfield, the retired director of Xavier University’s performing arts program, had put together a production of
Superior Donuts, a quiet comedy by Pulitzer Prize winner Tracy Letts. The production piqued Crowley’s interest and he joined to play the morose, aging hippie at the center of the plot. With little money for marketing, their shoestring production depended largely on word-of-mouth—and got it. “On the second night, there was a line out the door,” Crowley says with unmasked relief.

This month the Clifton Players—that’s what Springfield, Crowley, and a handful of other performers are calling themselves—are mounting A Behanding in Spokane, a twisted comedy by Irish playwright Martin McDonagh. McDonagh’s known for  scripts (and screenplays; his films include the violent tour-de-farce In Bruges and last year’s goofy, gruesome Seven Psychopaths) that are larded with brutality and leavened with ink-black humor. They are also, at their best, compelling tales. And that’s what Crowley, who is directing the show, likes. “The Irish are great storytellers,” he says. But he acknowledges that A Behanding in Spokane is not for everyone. “There are body parts, and the N-word is flung about. It’s going to test our audience. It will be a leap forward—or backward, depending on your point of view.”

Whatever an audience member’s point of view, it will be a close one. Clifton Performance Theatre seats 49 max; front row patrons are on top of things, and each production has to adjust to the peculiarities of a storefront theater where actors may actually use the exit to exit.

Locals old enough to remember life before Starbucks might recall that a generation ago one of the city’s few coffeehouses—the Cove—was located here. Legions of aging beatniks and aspiring intellectuals got their collective caffeine fix in the Cove, clustered together around tables and communing into the wee hours in the primitive era before laptops and Wi-Fi  made every latte drinker an island unto himself. When Brammer leased the site, it was being used by a bank as overflow office space. She retrofitted it for her children’s workshops and summer classes. Today two fledgling adult drama groups—Untethered Theater as well as Clifton Players—also call it home.

“It’s fun having this kind of space,” says Crowley. “Obviously, we can’t do Restoration comedy here. But for A Behanding, which is set in a seedy hotel room: perfect.” The spring production will likewise be a scenically spare affair. Krisit, by local playwright Y York, will feature Dale Hodges as an aged actress in a bathtub. And the stage-less room is supremely flexible. Brammer’s kid classes include “Baby Box,” a creative dramatics program for 3- to 7-year-olds. So, no matter what havoc prevails on the adult stage at night, it needs to be cleared away by morning. “I have to teach toddlers on Saturday,” she says.

Crowley says that Clifton Players’ productions will continue to lean toward the edgier and less-likely-to-be-produced work that he and his compatriots favor—the kind of stories that often unspool in bars, dives, and un-glam locales. For instance, he is planning to do a production of The Irish Curse, an Edinburgh Festival Fringe hit set in a church basement—a scenic requirement  that verges on typecasting for the Clifton venue.

It’s interesting that he’s willing to discuss the possibility, since local theater troupes are notoriously closed-mouthed when they mull over shows for the coming season. But Crowley doesn’t seem to worry about somebody stealing his thunder by nabbing The Irish Curse first. “It’s a play about a support group for Irish guys with small penises,” he says. “I can’t see the Playhouse in the Park doing that.”

Crowley hasn’t been interested in doing a musical before, but here the setting has him thinking about the pre-war sleaze of Cabaret. “We could turn this into the Kit Kat Klub!” he says.

The theater’s location does have its disadvantages. During the run of Superior Donuts, a dog in the apartment overhead would howl. This season Carol Brammer is renting the upstairs apartment and using it as (pooch-free) office space.

The basement of the Jazz-era Tudor Court Apartments has an artistic pedigree, according to Brammer.  “I’ve been told there was a dance studio here in the 1920s.”