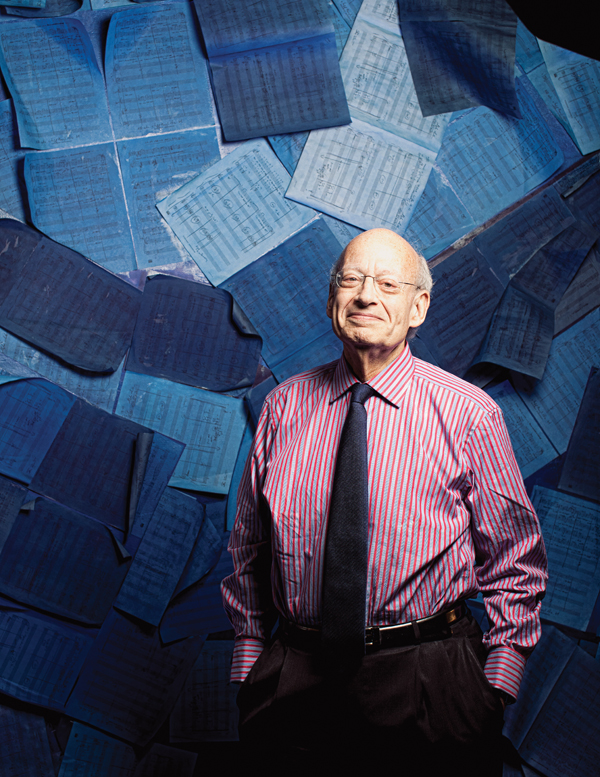 In June, Cincinnati Playhouse in the Park Producing Artistic Director Ed Stern will retire, leaving the theater where he has spent the last 20 years of his career to Blake Robison, who comes to PIP from Round House Theatre in Bethesda, Maryland.

The Playhouse that Robison inherits is financially healthy. It has enthusiastic audiences and a solid subscriber base. It can boast of relationships with some of the most talented names in American drama today—such as director John Doyle, who debuted his acclaimed actor-musician production of Company here in 2006 before taking it to Broadway, and Dead Accounts playwright Theresa Rebeck, the brilliant mind behind Steven Spielberg’s groundbreaking new TV series, Smash. And lest we forget, it has two Tony awards to its name, symbols of Cincinnati Playhouse’s profile in the national arts landscape.

All of which means that the Playhouse is not the same place it was when Ed Stern took the stage two decades ago. We sat down with Stern recently to talk about his years here and his role in the transformation of Cincinnati’s regional theater. We also talked about his plans for the future, plot twists and all.

OK: 1992. The Playhouse was $1.25 million in debt, ticket sales had been falling for years, the past two artistic directors left under terms that were, at best, highly acrimonious, and artistically speaking the city was still living in the shadow of the Mapplethorpe trial. And you said to yourself, “Cincinnati, that’s the place for me!” [Laughs] Unbeknownst to me, I had friends in New York who started betting money on how long I’d stay. Or how long I’d last. I’m fairly sure by the end of my second year, everyone had lost the bet.

But given the state of things at the Playhouse, what possessed you to be interested in the job? Before [accepting the position], I saw three shows. The first one was about Billie Holiday—Lady Day at Emerson’s Bar and Grill, which was a very good production. Then I saw a musical review—Red Hot & Cole—that was too long and not very good. And then I saw a show that completed the trifecta—badly written, badly acted, and terribly designed to boot. And so there was an inconsistency that was unfortunate. Then I got to talk to the staff here, and they were really good—rock solid. So it wasn’t their fault.  It wasn’t that we had to re-staff and start from scratch. They just wanted some leadership, wanted some excitement, and wanted to be trusted. All of that seemed to be enough for me to say, “This is a good place.”

I understand that shaping up the finances was the first order of business. But beyond that, what was needed? When [Executive Director] Buzz Ward and I came—and we came at the same time—we said our dual goals were fiscal responsibility and artistic excellence. The first year I was here, I created a very small season. We did small-cast shows, but we did them really well. And then we just started to build from there.

How did your relationship with the board evolve? I have to tell you, we had a remarkably long honeymoon. They’ve really been supportive and not breathing so heavy down my neck. Early on, you would think that they had every cause to. But they had some faith that this crazy guy from New York would pull it out.

Have there been things you’ve wanted to do that you’ve had to battle the board or the staff over? With the board, I can’t remember a time when we ever really came, if you will, to blows. With my staff…once when Buzz came back after two weeks of vacation I waved him into my office and said, “OK, so while you were away, I was thinking…” And you could see the “vacation” drain out of him. I said, “I’m looking at starting a Monday evening series.” Monday is the only day we’re free, but I wanted to create an alternative series Mondays for young people. Then I said, “And then during the summer”—and absolutely the last bit of [relaxation] went out of his face—“why don’t we start a series of shows?” The staff did it, but they weren’t very happy with me because they had absolutely no down time. [After several years the Playhouse dropped both efforts]. When it was all over, Buzz said the staff was really glad.

You have said that one of the roles of regional theater is to nurture new plays. And you’ve certainly worked at doing that. Why has that been important? There’s something wondrous for me about [creating] something that is now going [on in other] theaters. And when we have a show like Nixon’s Nixon play in London or Dublin or Australia or Toronto, and have the Cincinnati Playhouse name on it—it’s like the symphony going abroad. It really says something about the measure of the community.

Twenty years ago, the conventional wisdom might have been that Cincinnati audiences wouldn’t warm to a new, unknown work like Nixon’s Nixon. And the lovely thing is, two years ago, for the 50th anniversary, we did five new works here. I thought, “Let’s do a season that’s half a season of plays that don’t have ‘names.’ ” And what was so thrilling for me was that the audience absolutely went with it.

What impact did receiving two Tonys in three years have on the Playhouse? After we got the regional award in ’04, I would be in a supermarket and people would come up to me and say, “Why did it take New York this long?” They knew what the Playhouse was; they didn’t need the Tony to prove it. Then [the Tony Award for] Company happened!

Not only did that production bring the theater another Tony, but it brought director John Doyle to town. How did that relationship come about? He had just done that tremendous production of Sweeney Todd, and Buzz and I flew to meet with him. Everyone was talking to him; I was the only one who said, “What do you want to do next?” He loved that. When he said Company, it was the [Stephen Sondheim musical] I was hoping he’d say. When we went to see him, he didn’t know where Cincinnati was. Now it’s like an artistic home for him.

Have there been things you didn’t feel you could do here—plays you wanted to produce but passed on because you didn’t feel the community would accept them? In truth, there’s only one play that I loved that I didn’t feel I could present here: Martin McDonagh’s The Lieutenant of Inishmore. So much of the humor came from such brutality—the blood and the body parts on stage. I’m too old to shock audiences. So I didn’t do that play.

Have Cincinnati audiences changed in your time here? Years ago, there was a play I read and saw in London that I thought, “If I do that, the board will ask for my resignation.” Two years later [in the 2000–2001 season], we did it: Closer by Patrick Marber—a play with huge issues with sexuality. But I thought we were ready for it then.

People used to call and say, “I see you have an agenda.” My only agenda in 20 years has been that I love theater. I don’t have to agree with everything I see. When we did Closer, I think the audience was ready to trust me. We got very little criticism, very little negative response. We’ve just had Theresa Rebeck’s play Dead Accounts on stage, with 14 fucks on the first page. I never felt I had to say to Theresa, “We have to cut back on those.” The audience understands that it’s for character depth, not shock value. [But] a decade ago, I might have asked her to take it out.

Not long after you announced you’d be retiring, you learned you had cancer. When you told the press and theatergoers about your illness, you did it with a lot of grace. I had a sense that you were concerned about how it might impact the Playhouse. My timing was either really good or really sucked. I had announced I was retiring, then I was diagnosed with pancreatic cancer. People were so nice—sending me articles about diets and things like that. I never read any of it. I read the statistics about pancreatic cancer and said, “Well, that’s not going to be me.” Theresa Rebeck gave me my mantra, and I say it every day: Ruth Bader Ginsburg. Ruth Bader Ginsburg. She’s still on the court hearing cases, even though she has this, too. I’m feeling fine. And as long as I have something to do, I’m going to do it.

So what’s waiting for you on day one of your retirement? Before I even retire, Ann [his wife] and I are taking a London trip with the gang from here. Then we are going to travel through Scotland. I’m directing at Repertory Theatre of St. Louis in November—The Foreigner. Then in January I’m to direct Love’s Labour’s Lost at Penn State, a very tough play. So three and a half months of work.

Being in a rehearsal room, there’s nothing more joyous for me.