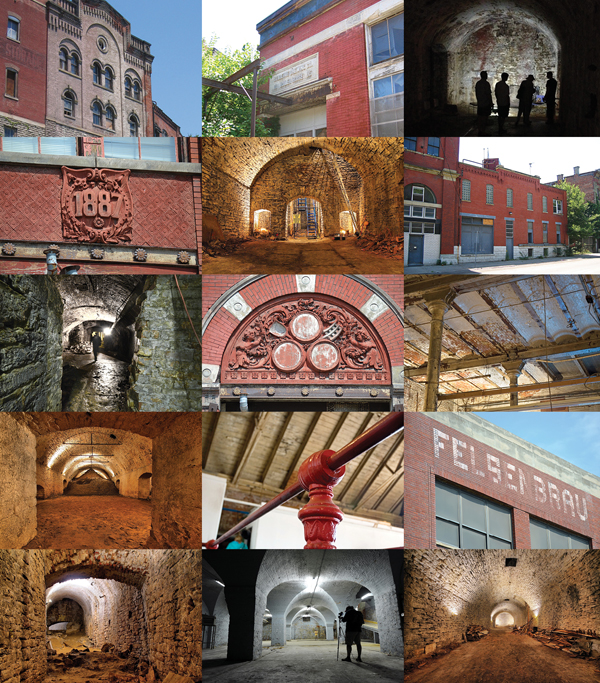 Neglect is bad, except…occasionally, in terms of architecture, it’s good. When the breweries around Over-the-Rhine went out of business, the neighborhood they shaped was in economic decline. No one coveted the real estate. But no one bothered to tear down many of the old breweries, either. So here we are, 2013, with what architect and Brewery District Community Urban Redevelopment Corporation executive director Steven Hampton calls, “one of the largest pre-Prohibition brewery districts in the nation.” These lovely, sometimes repurposed Victorian beer buildings serve as a kind of architectural centerpiece to the revitalization of the north half of OTR.

Enough said? Hardly. The people at the Betts House are working to demonstrate the function breweries have had in the history of Cincinnati as well as how they might figure in the city’s future. A new show at the Betts, Bricks, Barrel Vaults, & Beer: The Architectural Legacy of Cincinnati Breweries, spans the early 19th century through Prohibition, which was devastating to Cincinnati. Prohibition “was an economic hit—[and] a cultural hit,” says Hampton, who helped curate the show. Beer gardens and taverns, he says, “were integral to that German culture prevalent in the city.” Perhaps it’s not so incidental, then, that no one had the will to tear these buildings down.

Originally published in the October 2013 issue.